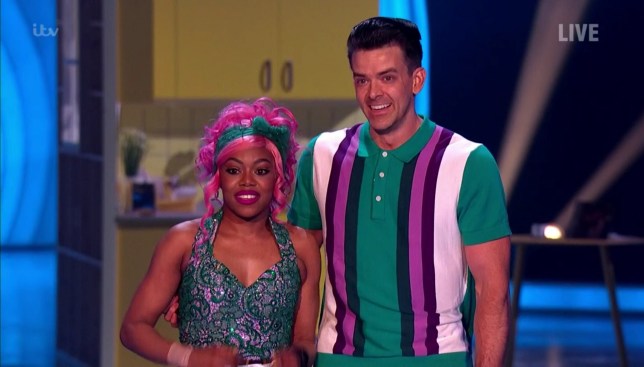 Dancing On Ice 2021 star Lady Leshurr has become the first celebrity of this year’s series to achieve a perfect score of 40, after landing in the skate-off opposite Rebekah Vardy last week.

For her first routine of the semi-final, Lady Leshurr and her partner Brendyn Hatfield performed an impressive dance on the ice rink using chairs as part of their choreography, having been assigned the prop by judges Jayne Torvill and Christopher Dean.

While the rapper and her professional skating partner were showered with applause by those in the studio when their routine came to an end, they were left utterly amazed when they received their scores from the judges.

With Ashley Banjo becoming the first judge to award them a 10, the rest of the panel followed suit, with Lady Leshurr falling to the ground in shock.

‘Genuinely I’m so shocked,’ the musician said, adding that all of their hard work was ‘so worth it’.

‘Lady Leshurr – wow, wow, wowza that was wonderful,’ John Barrowman said with excitement, adding that it was ‘absolutely 40 fabulous’. 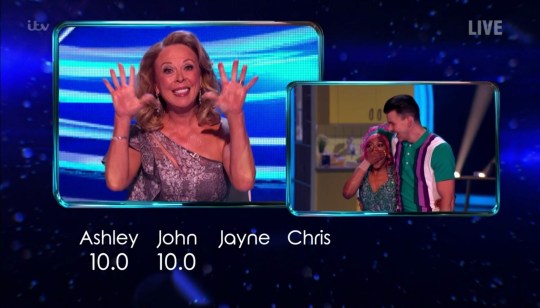 Lady Leshurr in absolute shock over her and Brendyn’s scores (Picture: ITV)

‘LADY LESHURR GETTING THE FIRST 40 NOW THAT’S HOW YOU LET THE QUEEN SPEAK!’ one person reacted on Twitter.

‘Lady Leshurr not only getting the first 10 but also the first 40 of the season… yeah I’m over the moon,’ another said.

Just last week, Lady Leshurr faced being eliminated from the competition when she was placed in the bottom two following the public vote.

She also took part in the very first skate-off of this year’s competition.

But her and Brendyn have since gone from strength to strength as they strive to land a spot in next week’s final.

ITV recently announced that this year’s series of Dancing On Ice had been cut short.

A spokesperson for the broadcaster said: ‘ITV have taken the decision to move the final of Dancing on Ice forward by one week.’

They continued: ‘Our production team and cast have delivered a fantastic show during incredibly challenging times. Continuing to make the best TV for our viewers is our top priority and we look forward to the rest of the series, on air from this Sunday at 6pm.’