Sue and Alex Tatham had no idea quite how much their lives would change when one day in 1988, during an appearance on Blind Date, the screen drew back and they would both be confronted by the person they would one day celebrate their 30th wedding anniversary with.

Well, on October 19, 2021, Alex and Sue did just that, three decades on from becoming the first ever couple to tie the knot after meeting on Cilla Black’s dating show.

‘30 years on and we’re still being romantic today,’ they tell Metro.co.uk as they toast the monumental occasion with a dinner in London, enjoying a ballet performance of Romeo and Juliet at the London Opera House.

‘It was a fabulous evening where Sue and I celebrated 30 years of a wonderful marriage by doing lots of things we love best culminating in one of the best ballets we have ever seen. Thankfully our love story ends better than Romeo and Juliet’s!  We are still star-crossed lovers though!’ teases Alex.

But it sounds like love and laughter has never been sparse for Sue and Alex, who have seized every day together since he picked lucky number two over Lynne from Middlesex and Kate from Essex.

‘There was lovely Sue, looking absolutely gorgeous,’ he tells us, recalling the moment their eyes first met, which was eventually viewed by over 10 million people. 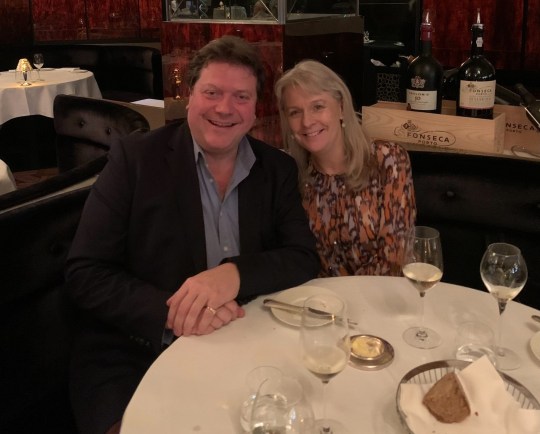 ‘30 years on and we’re still being romantic today’ (Picture: Alex and Sue Tatham) 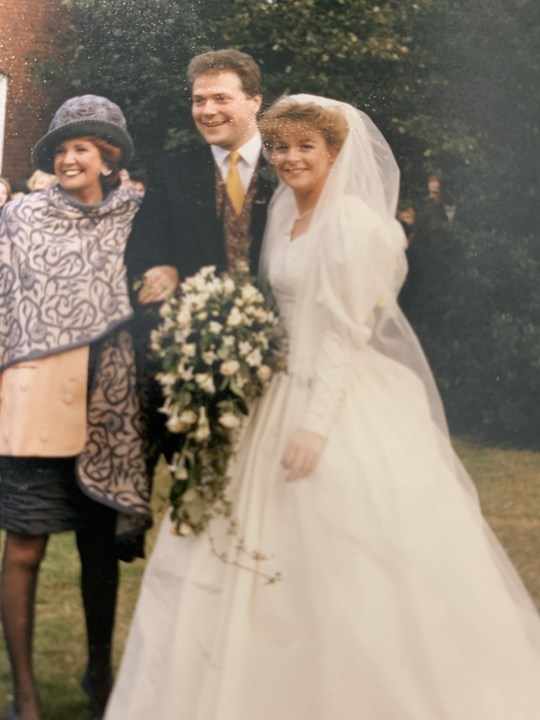 Cilla joined the couple on their 1991 wedding (Picture: Alex and Sue Tatham)

‘My legs were shaking,’ says Sue. ‘We had to sit on these big stools and there was this big booming voice coming from the other side of the screen, which sounded charming, and all I could think was, “I hope he’s taller than me” because I have this thing about boyfriend being taller than girlfriends.’

Thankfully, the screen came back to reveal 6’2 gentleman Alex who just about towered over 5’6 Sue.

‘My initial reaction was “box ticked”, he was quite fun and he enjoyed my answers so I knew we’d have a good time.’

And Sue was right. Straight from the studios in London they were both immediately whisked off to Shannon, Ireland, where they tucked into a medieval banquet, enjoyed the cliffs of Moher, but stayed in a hotel five miles apart.

‘They were very keen to make sure we weren’t close to each other, but we clearly liked each other.’

On their return to London, it was straight back to filming in the studio to give their final decision: would there be a second date? Yes there was, immediately.

‘I asked Sue what she was doing for the rest of the day,’ says Alex. Luckily, she had no plans and off to London zoo they went. 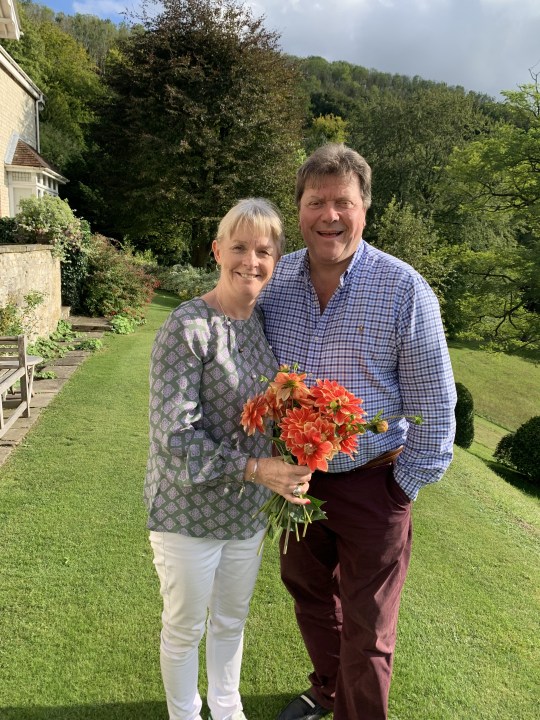 ‘Our philosophy is to hold hands and laugh at life and it will all be alright’ (Picture: Alex and Sue Tatham)

‘We were more than holding hands by the end of the day.’

Alex and Sue spent the next two years in a long-distance relationship; she was living in Walsall and him in London but would devote weekends to each other.

‘I said. “I’ve got two questions to ask you: the first one is will you marry me and the second one was will you move to London?”’

‘I said, yes and yes and that was that.’

In 1991, accompanied by matchmaker Cilla, and six TV crews with their own production suite, Alex and Sue were married in a ceremony that was watched by 17million people for a Blind Date special.

‘Very few people can say to their children this is the moment mummy laid eyes on daddy.’

But with both Emily and Charlie flying the nest, Alex and Sue say they’re just ‘excited to plan’ the rest of their lives together.

‘The most important thing is we look after each other and enjoy whatever life throws at us after 30 years of happy marriage,’ says Alex. ‘We’re fantastic at laughing at life itself.

‘We’ve had a happy marriage, even though there’s been various things life has thrown at us, but generally our philosophy is to hold hands and laugh at life and it will all be alright.’