The abusive villain – who’s performed by actor Ian Bartholomew within the ITV cleaning soap – will attempt to kill his spouse Yasmeen and her granddaughter Alya in explosive scenes. 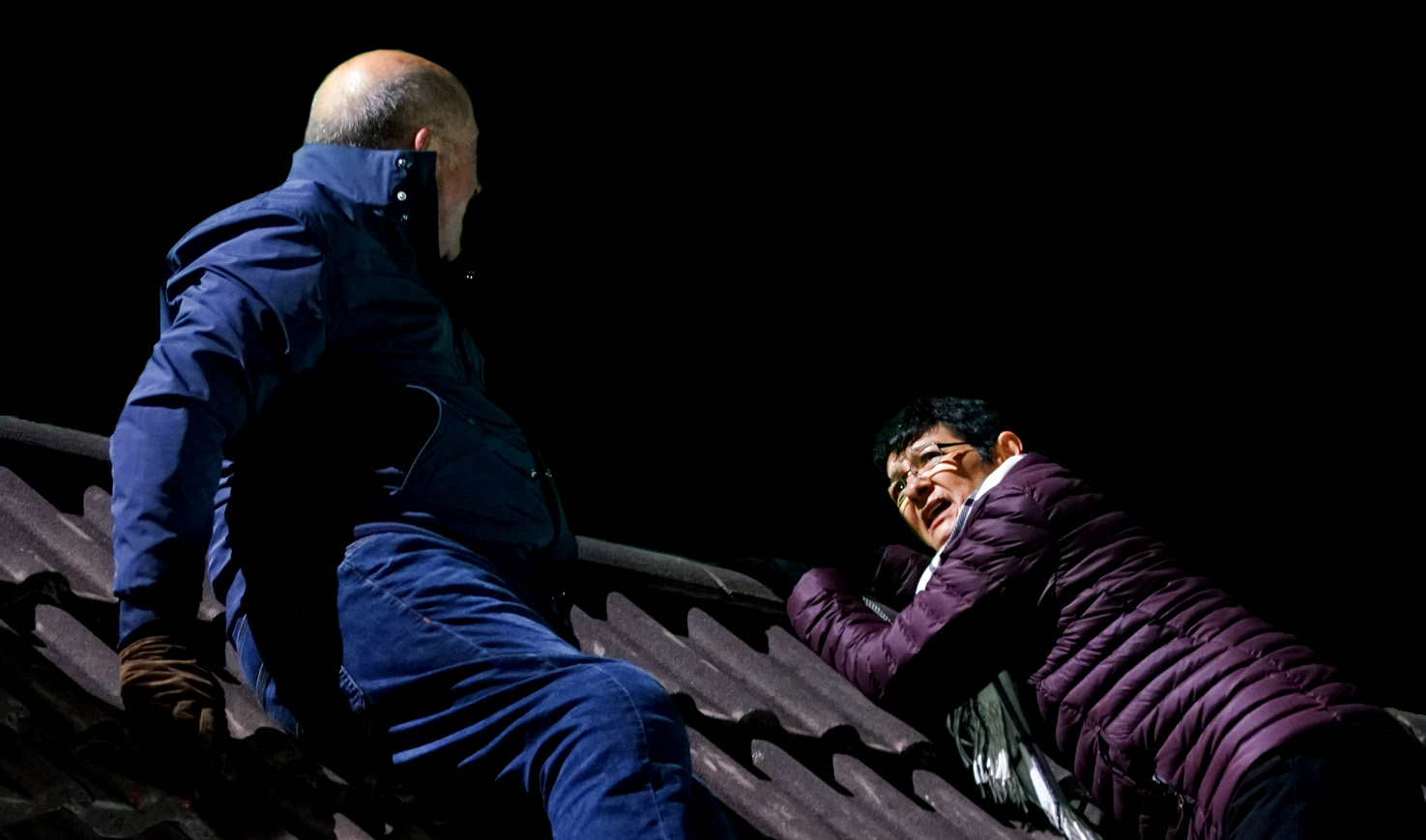 New photos have provided a glimpse at a dramatic rooftop confrontation which can mark the sixtieth anniversary.

The pictures present Yasmeen on the roof of a home along with her granddaughter Alya.

The pair are stranded after being pursued by Geoff Metcalfe, who has set fireplace to the home after giving Yasmeen the keys so she will gather her belongings.

Geoff confronts Yasmeen on the rooftop however Alya chases decided to save lots of her grandmother. 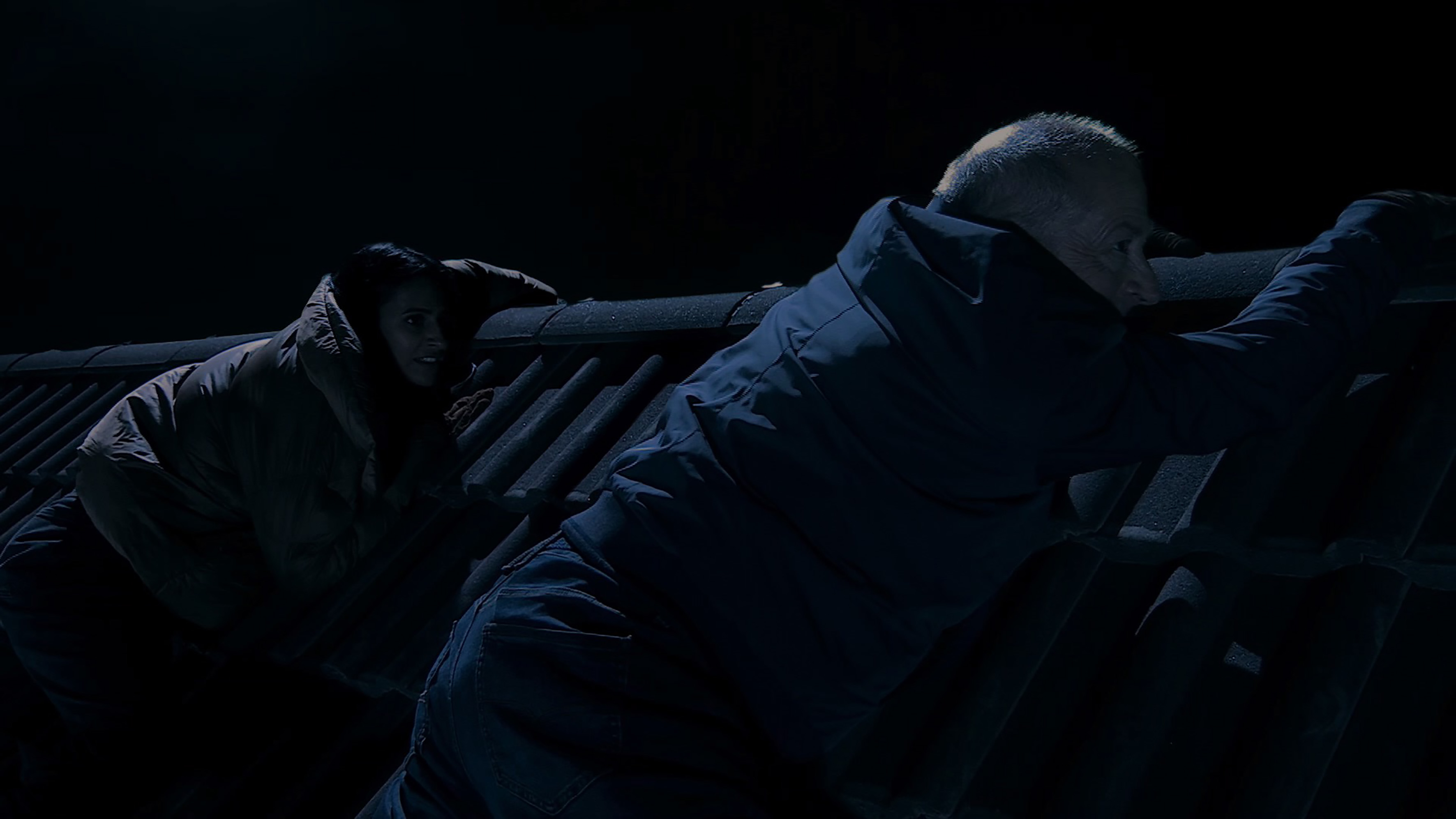 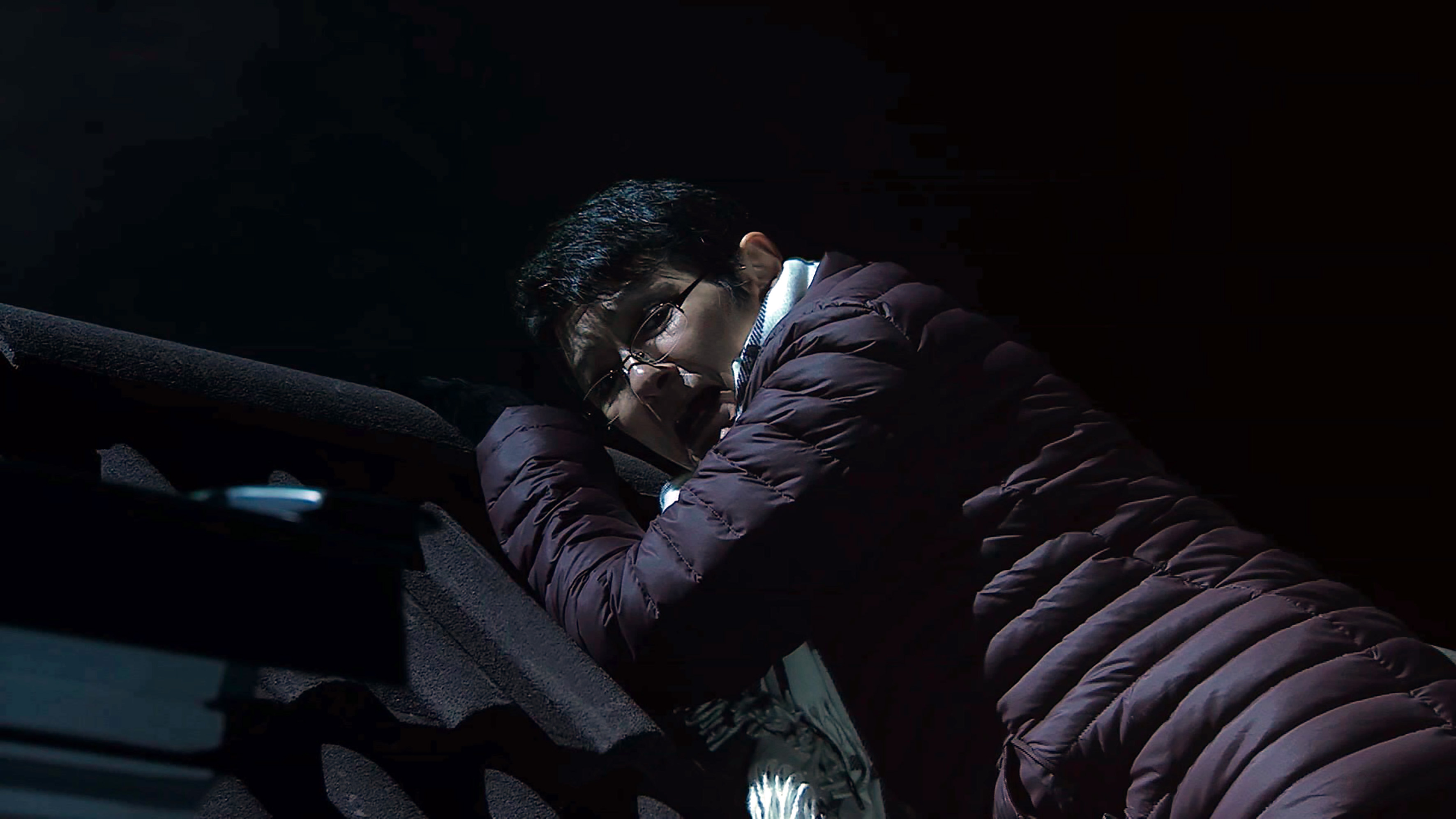 Yasmeen screams in terror as she tries to flee Geoff

Yasmeen, who’s performed by Shelley King, was discovered not responsible of the tried homicide of her abusive husband Geoff on Monday.

The police have been investigating her claims of being coercively managed by Geoff.

The scenes will air on Wednesday.

Stunt doubles have been used for a number of the photographs, nevertheless the actors filmed the vast majority of the scenes themselves. 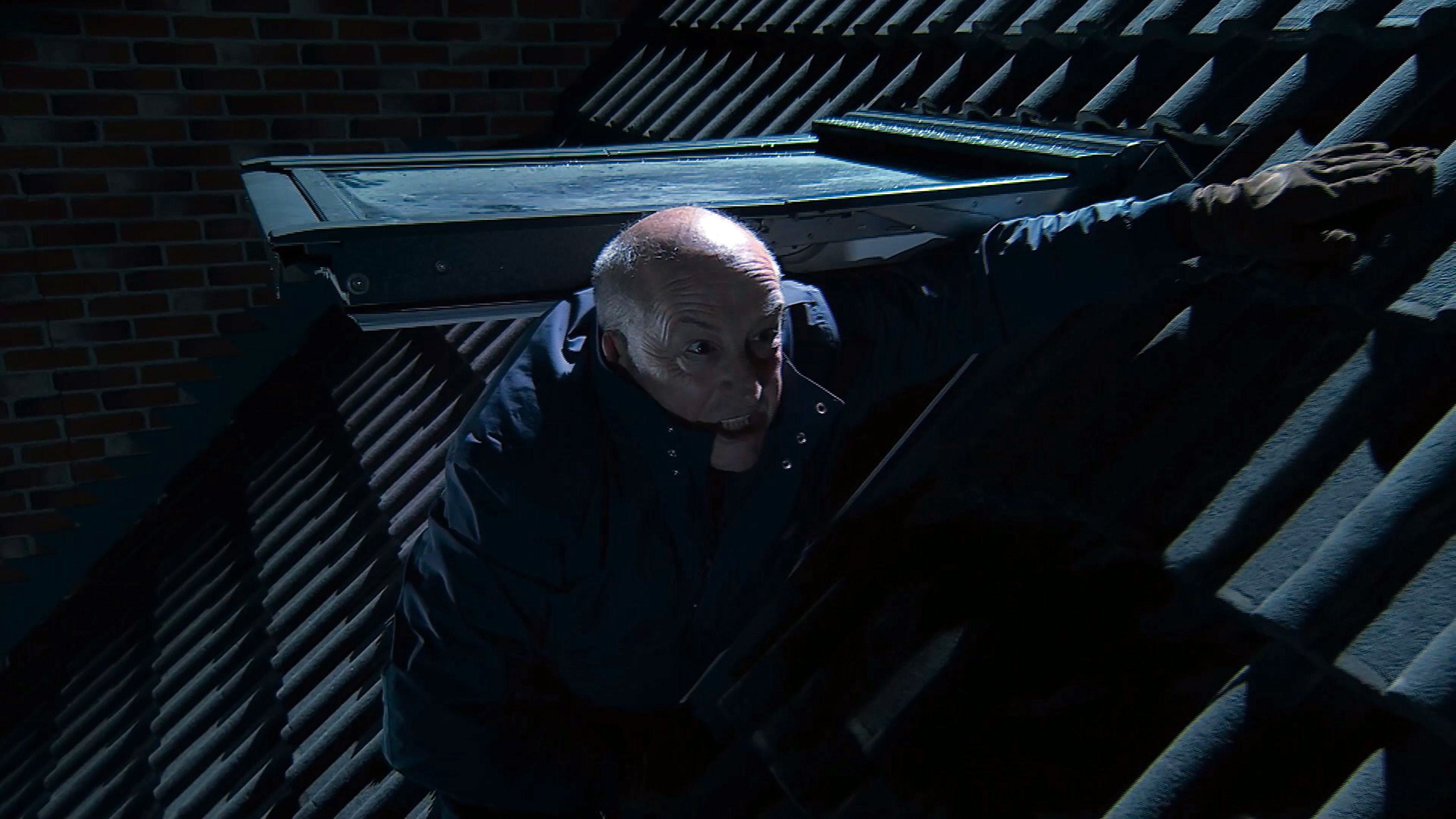 He is decided to kill her for disobeying him 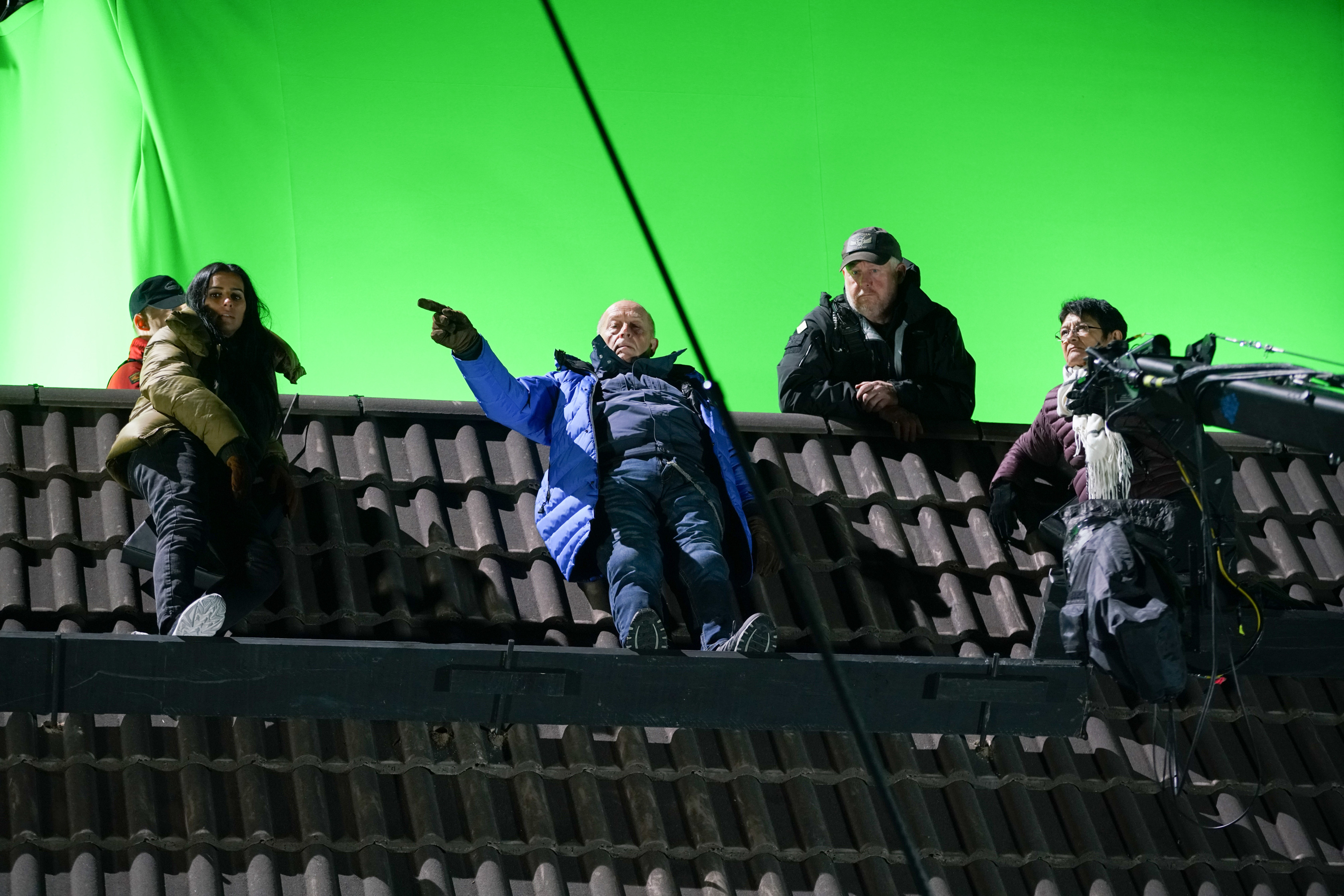 A reproduction roof was constructed and a inexperienced display screen was used to recreate the home’s background.

The actors, stunt doubles and stunt coordinators needed to self isolate and bear common coronavirus testing all through the two-week shoot.

Behind the scenes photos present the solid members standing on a walkway which has been hooked up to the mock-up of the roof.

At this time marks the sixtieth anniversary of Coronation Avenue.

The cleaning soap debuted on ITV on December 9 1960, the creation of Salford-born author Tony Warren.

In September 2010, Coronation Avenue was recognised because the world’s longest-running cleaning soap and was listed within the Guinness World Information.