CORONATION Street fans are in shock after Sean Tully revealed he was nearly 50.

The knicker stitcher – who is played by actor Antony Cotton in the ITV soap – revealed he will soon turn a half century old in tonight’s episode. 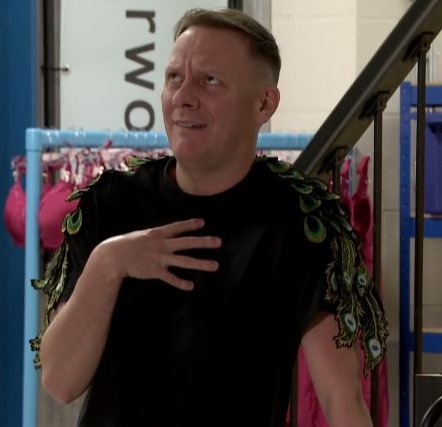 Sean is trying to raise money for a flat of his own so he can bring his son Dylan to live with him.

But when he demanded Gemma and Chesney pay him the commission from his make-up pyramid scheme, he revealed his true age.

And Sean replied: “Don’t – that is my next significant birthday I mean it’s in a while but even so. 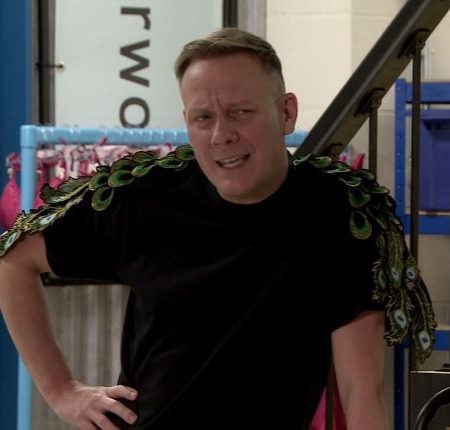 Viewers were shocked at his ageCredit: ITV

Viewers were in shock at Sean’s age as he dresses like someone who thinks he’s much younger.

One wrote: “F off Sean get your life sorted .. it’s not all drama and look at me.. even your kid is embarased.”

He was trying to get Gemma to pay him commission Credit: ITV

A second said:  “What the heck peacock has Sean got on. The top doesn’t do it.”

Another added: “Why is Sean from #corrie wearing a black tshirt with peacock feathers stapled to it!”

Others were furious at Sean for involving his neighbours in the scam and putting Gemma and Chesney through hell for £85.

One wrote: “Sean can’t pressure Gemma into giving him money. She is already swamped with looking after 5 kids she shouldn’t have to feel the burden due to Sean upping his ego. Sean needs to admit to Dylan that he can’t go above and beyond for him.”

A second said: “Why does Sean want money from Gemma? Have I missed something.”