Alison Oliver and Joe Alwyn chat about their intense affair in the much anticipated Conversations with Friends.

Before there was Normal People, there was Conversations With Friends. It may seem weird the BBC is tackling Sally Rooney’s novels in reverse order but the magic ingredients of TV success – beautiful people and beautifully shot sex scenes – are all there, and then some.

We’re in Ireland, where Dublin university students Frances (Oliver) and Bobbi (Sasha Lane) strike up an unlikely friendship with the outgoing and extroverted Melissa (Jemima Kirke) and her actor husband Nick (Alwyn).

Awkwardness and shyness aside, Frances and Nick stumble into an intense affair that catches the two of them off-guard. An unlikely couple, perhaps?

‘It’s much more than just an attraction,’ says Oliver, a relative newcomer who hails from Ireland herself. ‘They get something from each other that they didn’t have from the person you meet them with.’ 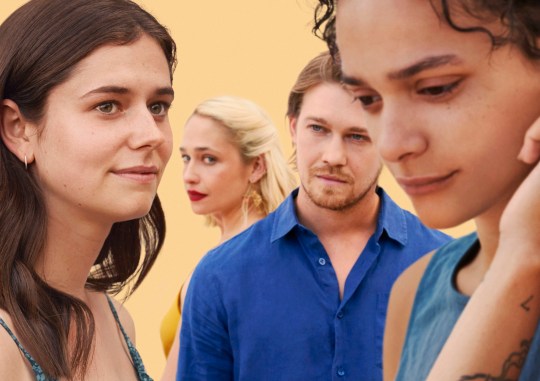 Alison and Joe are joined by Jemima Kirke as Melissa and Sasha Jane as Bobbi (Picture: BBC/Element Pictures/Enda Bowe)

‘I suppose, often, opposites attract but in this case I do think they are quite similar and have similar energies, and are both quite used to being defined by the people next to them, who are a lot more outspoken and able in that way,’ he says.

‘Nick is in such a low place for reasons you don’t know when you first meet him. He has such low self-worth and doesn’t really know how to be loved or give love properly. And then, suddenly, this person kind of unlocks something in him and vice versa.’ 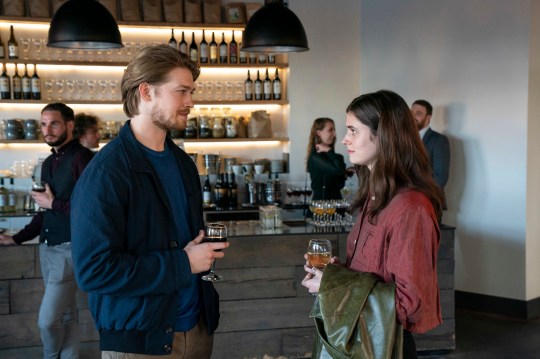 Normal People set the bar high for steamy sex scenes, and we’re hoping this will be no different (Picture: BBC/Element Pictures/Enda Bowe)

And with love and understanding and TV adaptations comes… yes, those sex scenes. Normal People left plenty of us rosy-cheeked with its saucy romps and those who enjoyed them will be glad to hear that Conversations hardly short-changes in the bonking department.

‘It actually feels really appropriate that these intimate scenes are included because a massive part of how they communicate is through intimacy,’ says Oliver.

‘Because they both find it so hard to describe what they think or feel, they can sometimes have a row and then be intimate and that’ll solve it, rather than having the language to express themselves.’

Alwyn agrees: ‘They were treated by Lenny [Abrahamson, the director] as extensions of conversations, they’re not just there for gratuity’s sake, so hopefully they each have a different quality and purpose to them. You are choreographing shapes to tell a story so it’s a bit like a fight scene, at the end of the day.

‘And Lenny is so funny to have on set, he’s always cracking jokes, and Ita [O’Brien, the intimacy coordinator] is there and she takes away a lot of the awkwardness because she’s rolling around on the floor and showing you what to do. It’s more of a funny, weird environment than an awkward safety one.’

Conversations With Friends is on BBC3 at 10pm on Sunday.

People on being ‘late’ losing their virginity and exploring sex