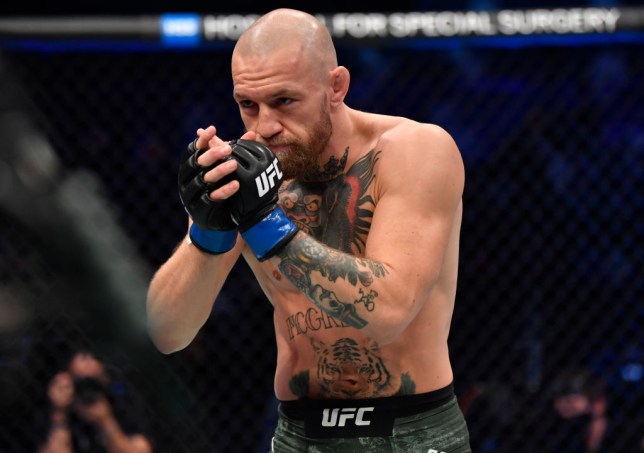 The UFC legend has teased a major match with current NXT Champion Finn Balor, and the black and gold brand’s boss has extended an open invitation to Notorious.

Everything kicked off when Irishman Balor had a bit of fun at his countryman’s expense, setting up action figures of each of them in the ring with Triple H stood between them in a suit.

A few hours later, McGregor had caught wind of the display, and seemed to suggest there was some kind of payback on the way.

And it wasn’t long until Triple H – who recently called out Elon Musk for a match on Mars – responded to Conor and basically said the ball’s in the MMA fighter’s court.

He replied: ‘Just say when.’

McGregor has been very vocal about the wrestling business, previously slating the industry and its performers – but WWE superstar Sheamus thinks he’s gearing up for the move one day.

‘He’s teased [coming to WWE] a couple of times,’ he recently told Digital Spy. ‘I think WWE would suit him down to the ground.

Last summer, Conor even had a Twitter pop at Vince McMahon himself, which led to Drew McIntyre – Sheamus’ pal and current WWE Champion – stepping in.

He tweeted: ‘Big man @TheNotoriousMMA picking a fight with ANOTHER 70 year old, you couldn’t drop a guy in a pub, you have no chance against Vince.

‘You’re just the latest guy thinking he can have his PR team stick my title on his shoulder & walk into our world. Stick to whiskey McTapper’.