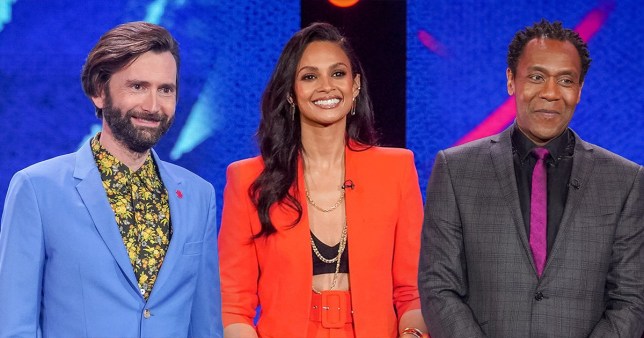 A staggering £52million has been raised for Comic Relief 2021.

Following an incredibly tough year, generous viewers put their hands in their pocket to stump up millions for charity.

Appearing on Comic Relief: The Great Comic Relief Prizeathon, after the main show, Amanda Holden and Jason Manford told viewers: ‘We could not do it with you, thank you to all of you at home for watching, and picking up your phones for this year’s Red Nose campaign.

‘Your donations will honestly support people who need our help now more than ever. So far tonight, you have raised an astonishing £52,025,485.’

This number is only sure to rise as campaigns continue around the country in the next few weeks.

At the very end of the main star-studded show on BBC, hosts Sir Lenny Henry, Alesha Dixon and David Tennant previously announced that the tally was at £45million. 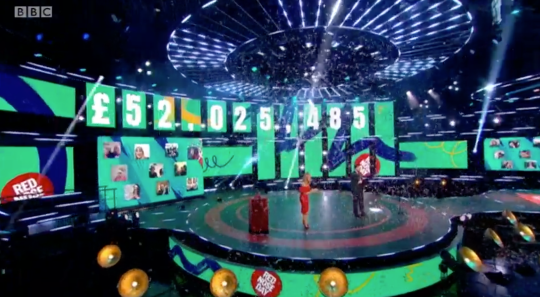 ‘The money raised tonight will go to making life easier for those who need it the most,’ David said.

Sir Lenny continued: ‘This is my favourite part of the night, and like Simon Cowell’s face, it never gets old.

UK Aid has pledged to double £6million of the final total, to empower local organisations in Ghana, Zambia and Malawi.

The last Comic Relief fundraiser, in 2019, raised over £63.4million to help those in need around the world.

It was a different fundraiser this time around, due to lockdown restrictions – with bosses stating they were hoping to raise money through humour.

Speaking ahead of the episode, Sir Lenny Henry, said: ‘We all need cheering up, so this year Red Nose Day will be a bit different.

‘Of course we want to raise as much money as possible for people who really need it in the UK and around the world.

‘But we also want to make you smile and bring you some laughter over the coming weeks.’

There were some A-List guest appearances and performances on the night, with Justin Bieber making his first UK TV stint in five years to join in the fundraising.

As well as this, viewers were treated to an iconic Staged reunion and Catherine Tate’s Nan taking on James Bond star Daniel Craig.

The gang were also joined by a virtual audience, as a live crowd wasn’t allowed.

Comic Relief 2021 is available to watch on BBC iPlayer.