Rory Nicholl made a premature exit from the show in 2017 – has anyone else? (Picture: Channel 4)

Come Dine With Me has played host to some colourful characters and memorable moments since it first burst on to our screens in 2005.

From the unforgettable contestants through to the dishes that didn’t quite go according to plan, we just can’t get enough of the show, which sees contestants taking it in turns to cook dinner for one another, and being rated on their efforts.

Of course, there have been plenty of controversial moments in the past 16 years, and not everybody has hit it off with their fellow contestants.

But has there ever been an incident in which someone has been removed from the show before their week in front of the cameras is up?

Has anyone ever been removed from Come Dine With Me?

Most people who take part in Come Dine With Me make it to their end of their week – but there have been a handful of exceptions.

Music producer Rory Nicholl, who appeared in 2017 when the series filmed in central Scotland, lasted for just two shows before viewers were told that he was no longer taking part.

Viewers were given no explanation as to why the 40-year-old was removed from the show – only finding out when it moved to the next night and his photo had been marked by a big red cross. 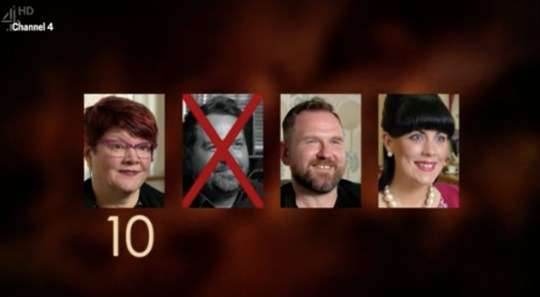 Viewers had no idea what had happened (Picture: Channel 4)

Narrator Dave Lamb also gave no clues, saying simply he was no longer taking part due to ‘incidents that happened away from the dinner party’ – with viewers so desperate to find out what happened that one even put in a Freedom of Information request in a bid to get to the truth.

Although the reasons behind Rory’s premature exit from the show were never revealed, he did make his mark on the show while he was on air.

During his evening, Rory engaged in a bizarre and fierce row with a fellow diner over which member of Take That was more talented, with Rory angrily fighting Gary Barlow’s corner.

The onscreen row got so heated that a bemused third guest had to step in and ask the men to calm down. 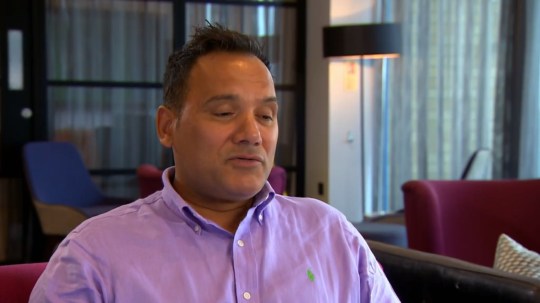 Others who have left midway through proceedings include Russell, a builder who appeared in the Brighton week in 2020.

No reason was given for his sudden departure, with narrator Dave Lamb simplying saying that ‘due to unforseen circumstances Russell will no longer be taking part in the competition’.

Come Dine With Me airs weekdays on Channel 4 at 5pm.

AOC on Texas governor’s ‘disgusting’ abortion remarks: ‘He is not familiar with a female body’ | Abortion