Coleen Nolan has revealed the lengths the stars of Loose Women go to avoid causing offence to viewers, claiming that all of their opinions have to be legally checked as a precautionary measure.

While their discussions are often civil, they have also been known to spark controversy, such as when Carol McGiffin was criticised for her view on the US Capitol riot or when she clashed with Charlene White over a speech made by Boris Johnson.

During a recent interview on the Secure The Insecure podcast with Johnny Seifert, Coleen, 56, was asked whether she ever worries about what she’s said on Loose Women, especially considering the show currently doesn’t have a live audience due to the pandemic.

The TV personality explained that she’s felt that way for 20 years, always fretting about what she’s said on the programme when she arrives home and frequently embarrassing her children during their teenage years.

She admitted that she wishes that she was ‘more media trained’ so that she’d ‘know when to shut up’, although she’s not sure that would ‘work on Loose Women’, because the presenters ‘have to be honest and open’. 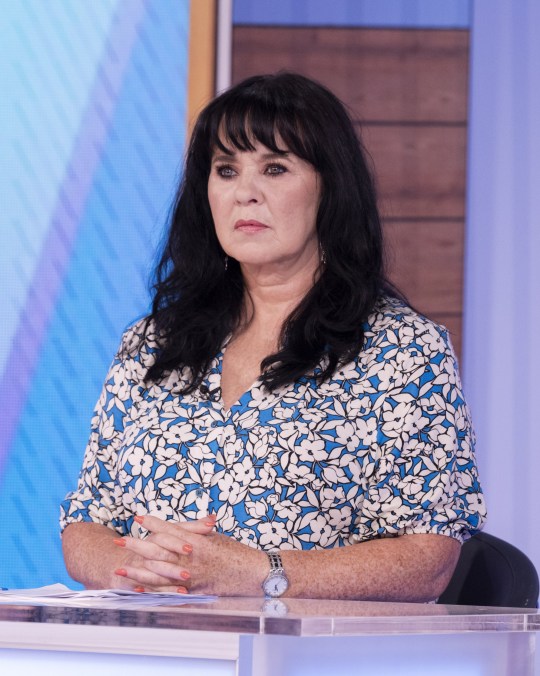 Comparing Loose Women now to the way it was in the past, Coleen said that the older version of the show was ‘free’ – an adjective that she wouldn’t use to describe the series today.

‘It was free. It’s not free now. It’s a very different show, because the world has changed and I have to say for the better in a lot of respects. You cannot get away with certain things now. However, it was a much easier show to do in those days,’ she said.

‘Everything we discuss in the meetings, all our opinions and all of that, they all have to go up to legal, to be looked over to make sure that we’re not going to, hopefully not offend. You very much self-edit on that show now, and that’s cause of social media as well.’

Coleen outlined how sometimes she’ll go to say something that’s ‘genuinely’ her opinion, but then will think to herself: ‘No, I will get trolled to death, so I’m not going to say that.’

She added that she found that thought process a ‘shame’.

‘I would like to think we can all have opinions and that doesn’t warrant somebody being nasty to you just cause they don’t agree,’ she said.

‘That’s the world we live in now. We’re all more aware of that now. It’s not the same.’

What is fluid bonding and what are the risks?