“Strictly Come Dancing is basically Christmas,” grins Claudia Winkleman. “It’s all about sparkle and kindness. It’s a snowglobe of a show. Even the make-believe baddie isn’t really evil. He’ll hate me for saying so but Craig Revel Horwood might be one of the loveliest men I’ve ever met.”

The 49-year-old is, of course, the Bafta-nominated co-host of the hit BBC One contest, which this week returns to the ballroom for its 19th series. Winkleman, who is married with three children and lives in central London, also presents a weekly Radio 2 show, a hit podcast and last year published her debut book, Quite, a frank and funny guide to life. Not bad for someone who self-deprecatingly claims: “I only work a few months of the year. It’s like doing panto season. I’m basically Christopher Biggins.”

You’ve worked on Strictly Come Dancing in various capacities for 17 years. Do you still get excited when a new series comes around?
Ridiculously so. Every September, I suddenly turn several shades of orange brighter, and off we go. They’re not allowed to tell me anything because I’m incredibly leaky – on every level, I’m 49 – so I find out the lineup at the same time as everyone else and it’s thrilling. I love it all: the theme music, Dave Arch’s band, the fear. We wang on about how nervous the celebrities are, but we’re not exaggerating. They sign up thinking: “Why not? My mum loves it and I’ve never had a spray tan.” Suddenly they’re dancing live on TV and they’re terrified. That’s the hypnotic bit for me.

Strictly castmates continue to go on holiday together to this day. There’s a WhatsApp group from 2013

You and your co-host Tess Daly seem to be genuinely great pals. How would you describe your relationship?
We’re deep-down friends, joined for ever. We have such a laugh and we have each other’s backs. We mainly talk about parenting and cheese, even with five seconds before we go live. I love that woman.

It’s quietly groundbreaking to have an all-female presenting duo on Saturday night TV, isn’t it?
That’s true. It feels right and the audience seem OK with it. Well, they haven’t written in. In fact, it’s a show run predominantly by women. Our director, Nikki Parsons, is a Bafta-winner. Most of our producers are female. We like men, they’re divine, but on Strictly, all these brilliant women come together. It’s a privilege to be part of.

Which style of dance do you secretly long to do yourself, with which professional partner?
An Argentine tango with Vincent Simone. But my main fantasy dance is a three-way samba with Tess and Dave Arch. I’m talking big feathered dresses and three of us doing samba rolls in unison. I’ll leave that image with you. Sorry if you feel nauseous.

Your fringe becomes a national talking point each autumn…
I can only apologise. People say: “Can’t you see?” but my eyesight is so bad, it makes little difference. I don’t think I’d have a career if I didn’t have a fringe. When producers can’t remember the names of potential presenters, they say: “Get the orange one with the fringe.” During lockdown, I tried to trim it myself with the kitchen scissors and went too short. I looked like Larry Hagman. 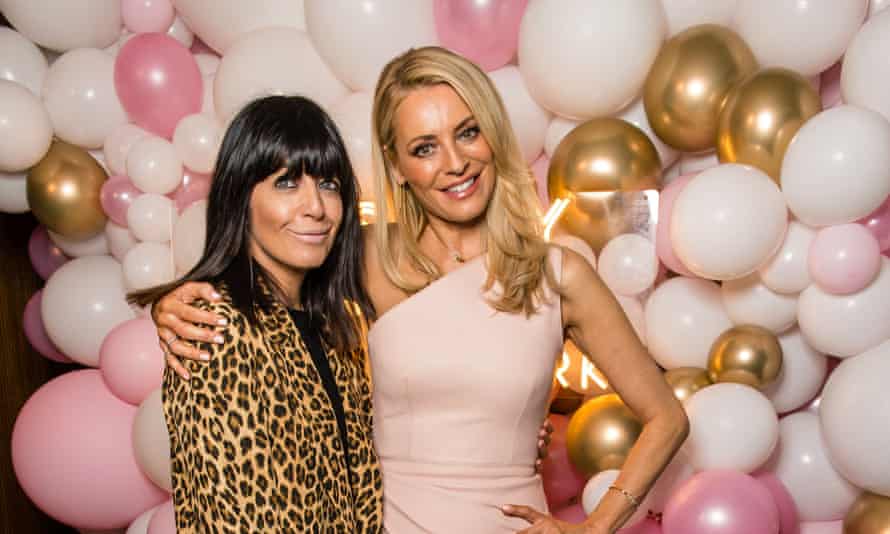 There’s always talk of “showmances” and “the Strictly curse”. Is it a very sexually charged show?
Not at all. Any workplace has the odd romance but it doesn’t happen as much as you might think on Strictly. The atmosphere is non-competitive and supportive. The camaraderie between the celebs is a lovely thing. Strictly castmates continue to go on holiday together to this day. There’s a WhatsApp group from 2013.

Who’s still on your wishlist to sign up?
Elizabeth Hurley. With bells on. I’d go and pick her up every morning in a horse-drawn carriage if she’d do it.

The BBC seems to be under ever-increasing pressure. Does that annoy you
“Annoyed” isn’t the word. People there work incredibly hard, producing great programmes. David Attenborough and CBeebies alone are worth it. The BBC is beloved by all sorts of people. We shouldn’t listen to the tiny voice that says it isn’t.

Your book, Quite, has a chapter titled “You Mustn’t Stay With Him If…”. Did any readers leave their partners after reading it?
Not that I know of. I wrote that chapter with my girlfriends over margaritas and toasted cheese-and-tomato sandwiches. My favourite one was “If he says he’ll babysit his own children”.

Do you have any more book plans?
I don’t think I’m allowed to answer that. But yes.

You co-present the podcast How Did We Get Here? with clinical psychologist Prof Tanya Byron. How did that come about?
We did a TV show together in 2005 called House of Tiny Tearaways, and Tanya’s brain sort of audibly buzzed. This energy of wisdom comes off her. She lives in a world of non-judgment, kindness and practical help. It’s not emojis or platitudes, it’s the antithesis of that. I won’t talk about it but she helped me a lot when something happened in our family and we continued our friendship, chatting in our respective kitchens. At a Christmas Eve party, someone suggested we do a podcast together. I got overexcited and phoned Tanya on Christmas Day. You’ll be amazed to hear that she didn’t pick up. But we did it and it’s goosebump-inducing to hear her look after people.

Are you a therapy type of person?
No but I’m a Tanya person. When I needed help, she was there. Lots of people come unstuck. Often we know what we’re doing wrong but can’t work out why. Sometimes you just need someone to give a different view from a different window.

Your mother, former newspaper editor Eve Pollard, is a formidable figure. What did you learn from her?
So much. We still speak four times a day. Is that weird? I learned that what you look like is the least interesting thing about you, so I was brought up in a house without mirrors. My house now has no mirrors either, which might explain why I look like this. What else? Sleep as much as you can. That’s why I’m such an inveterate napper. Do your job with a smile on your face and joy in your heart because you’re lucky to have it. Life isn’t about things, it’s about experiences. And look after your girlfriends. My gaggle of girls are everything to me. 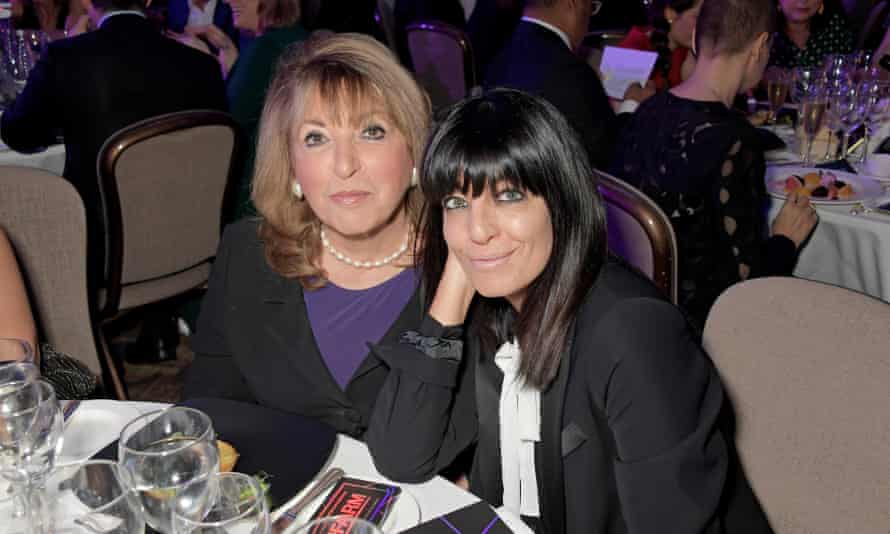 Do people ever mistake you for another famous person entirely?
I‘ve signed autographs as Davina McCall. I never get recognised as me. I’m on the tube four times per day and I swear, I could wear a bejewelled tuxedo and hum the Strictly theme tune and nobody would even look up. I’m not complaining. I love being incognito.

You turn 50 in January. How are you feeling about that?
Cannot wait. Bear in mind that I asked for a crochet set for my 21st. I’ve been waiting my entire life to be 50. I never liked nightclubs. Standing up, queueing, loud music and shots? No thanks. I tried but the entire time, I was fantasising about a heavy tog duvet and Marmite on toast.

What projects are in the pipeline for you?
I’m hosting a Channel 4 gameshow called One Question. But that’s all I can say, otherwise they’ll come round to my house and fire me.

You studied art history at Cambridge and write passionately about art in your book. Would you like to present an art series someday?
There are people who are much more expert than me but I do love it. My thing is Titian and Dutch 17th-century art. When I was little, my dad took me to the National Gallery every week and his rule was that I was only ever allowed to look at one painting. Really look at it. Maybe a Vermeer or a Stubbs for a full 45 minutes. Then we’d go to Chinatown and have a bowl of noodles.