Jeremy Clarkson has already caused a stir ahead of Clarkson’s Farm series 2, taking some controversial promo pictures with Kaleb Cooper and angering health and safety groups.

The presenter’s foray into the world of farming has been wildly popular, with the second series of the show incoming. However, it’s not all been smooth sailing.

In one promotion photo, Jeremy, 61, is seen driving a cultivator, with his co-star Kaleb lying in the weight box at the front.

Stephanie Berkeley, manager of the Farm Safety Foundation, told Farmers Weekly that Clarkson’s Farm could have encouraged more responsible use of farming equipment.

‘This programme could be a great way to help improve this, so it is a pity that they chose to use this photo displaying such poor safety behaviour,’ she said,

‘Agriculture continues to have the poorest safety record of any occupation in the UK and we are working hard to change that.’

Elizabeth Creed, farm safety consultant at the Institute of Occupational Safety and Health, said it was ‘highly disappointing’ the photo had featured in the promotion for the new series. 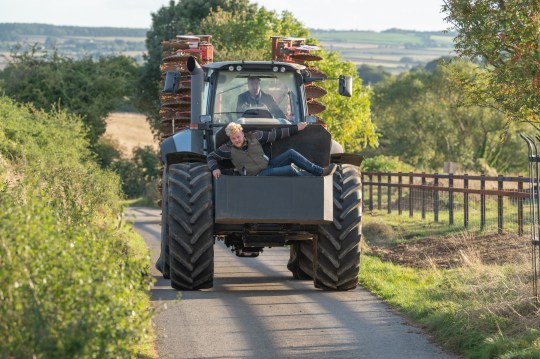 ‘It is frustrating that the team at Clarkson’s Farm did not recognise that their platform has a huge potential for influencing and encouraging a positive safety culture in farming,’ she said.

‘We have suffered a number of fatal incidents this year.’

A production spokesperson said in a statement: ‘Our first series showed Jeremy has great respect for the farming community. 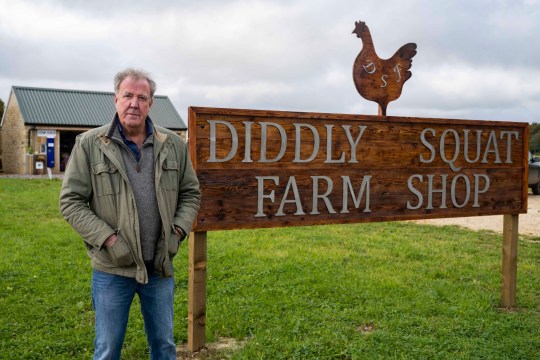 ‘However, its remit (or the programme) is not a “how to guide” to farmers who already know far more than he does.’

It’s not the only tension Jeremy has faced recently, with the star also causing a stir over the reports that he trademarked his catchphrase: ‘I did a thing’ (although he later denied knowledge of the trademark).

The farming documentary series sees The Grand Tour star embark on the unexpected journey of taking over the day-to-day running of his farm in the Cotswolds, Oxfordshire, looking after livestock and growing crops with the show’s breakout star Kaleb.

During season one, production was halted due to the coronavirus pandemic with tough weather also playing a significant part in their ability to work.

Clarkson’s Farm is available to stream on Amazon Prime Video.

Second No 10 departure in hours as Boris’ press chief quits