Christina Hendricks has opened up on her heartbreak over Good Girls being cancelled, believing the network ‘failed massively’ to market the show correctly.

The actress, 46, had starred as Beth Boland in the crime comedy-drama following three suburban mothers who are struggling to make ends meet financially.

The trio concoct a plan to rob a supermarket where one of them works, which ends up with them embroiled with an organised crime gang after accidentally taking fake cash.

Good Girls ran for four series on NBC but did not end up getting renewed for a fifth season, despite getting a good response from fans and critics.

Christina believes the show was ‘failed massively’ by the network, when it came to ‘representing the kind of show that it was.’

She told People: ‘It was quirky and weird and smart and they kind of made it just look like a sitcom.’ 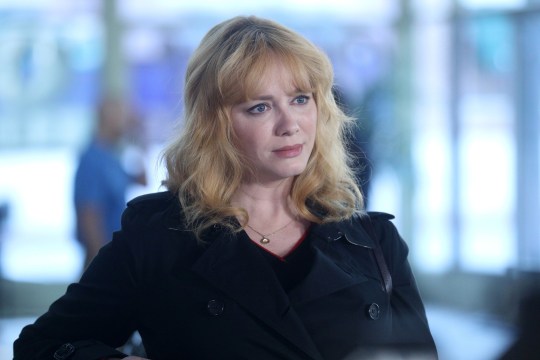 Three suburban mothers get embroiled with a crime gang in the comedy-drama (Picture: Jordin Althaus/NBC/NBCU Photo Bank via Getty Images)

The actress paid tribute to the ‘really cool fans’ who watched it on Hulu and Netflix, adding that the network ‘told us we were going to get picked up and then two weeks later yanked it out from underneath us and took it away from us.’

She says she and co-stars Retta and Mae Whitman ‘loved doing it’ and felt ‘heartbroken’ that they didn’t get a final season to wrap up the plotlines.

Christina also put paid to the likelihood of her rejoining it if the series were to be revived, adding: ‘What I wanted was for us to have one last season to tie it up.

‘But I think that they exhausted their storylines. I think they started repeating themselves a little bit. And so I think it was time.

‘Like Mad Men … We ended on a high note. I want to leave proud of it. I never want to have regrets and I feel so proud of Good Girls. I think it was stellar from start to finish. It was done. It was good. Perfect.’