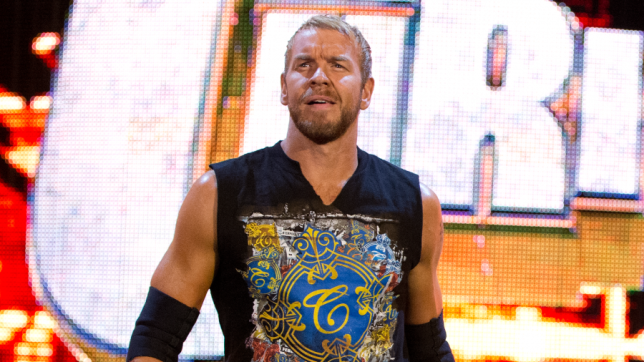 WWE legend Christian Cage has signed with All Elite Wrestling and made a shocking appearance at AEW Revolution.

The veteran star – who made his unexpected return to in-ring action at the Royal Rumble in January – came out during Sunday night’s pay-per-view and put pen to paper in the middle of the ring before revealing his new t-shirt with the promise to ‘out work everyone’.

A former world champion in both WWE and IMPACT Wrestling, Christian had seemed poised for an epic comeback run in Vince McMahon’s company but has jumped chip to AEW.

Paul Wight – formerly known as The Big Show before ending his 22-year run with WWE to jump ship to AEW – had promised someone Hall of Fame-worthy for Revolution.

Teasing the newcomer on Dynamite last week, he said: ‘I have the biggest scoop ever.

‘This Sunday at Revolution, AEW is going to hire, put in-contract, a Hall of Fame worthy talent that is a hug surprise and a huge asset to AEW. But listen, it’s not who you think.’

Not surprisingly, the wrestling world had been abuzz with speculation about who would be stepping out, and AEW boss Tony Khan added fuel to the fire by revealing the debutant would be one of his favourite ever wrestlers.

Plenty of names have been linked to AEW ahead of the big reveal, including CM Punk, Dave Bautista, Brock Lesnar, Christian and Kurt Angle.

The latter – whose final match was a losing effort against King Corbin at WrestleMania 35 – played everyone perfectly over the weekend when he uploaded a very cryptic video looking absolutely ripped lacing up his boots and wearing his trademark singlet and a number of t-shirt designs.

However, the next day he revealed the promo was nothing more than an ad for his new podcast.

And Punk had also responded to the rumours as he took part in a Twitter Q&A this week, but he didn’t give anyone the chance to ask as he shut down the speculation right away.

When a fan did ask if he was annoyed by the speculation, he replied: ‘Nah I get it. It ain’t all about me!’