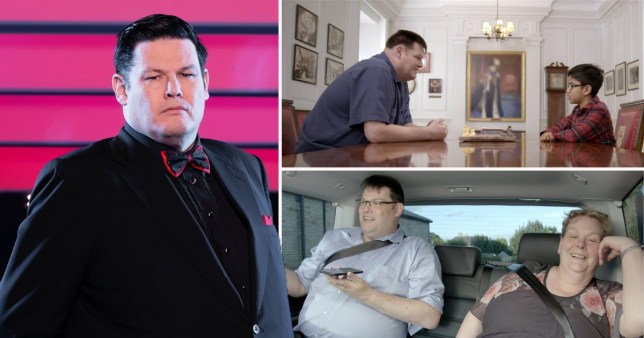 Mark was not pleased after losing on Thursday’s show (Picture: ITV)

The Chasers Road Trip viewers branded Mark Labbett a ‘sore loser’ after the Chasers were beaten by children in a series of intelligence tests on Thursday’s show.

On the programme, fans got to see the Chasers embark on a trip to explore the nature of intelligence, coming up against some incredibly smart 10-year-olds.

Speaking before taking on a junior champion in a game of chess, Mark said: ‘Being the ruthless competitor I am, I don’t care if they’re a world champion, I’ll give them a game.’

However, Mark was left despondent after losing the match to his young opponent by some margin.

After being beaten, Mark – aka the Beast – didn’t take the result well.

‘I wasn’t impressed with the kids as all they were doing was what they’ve been trained to do. Come and face me on my specialties and I’ll own you,’ Mark said. 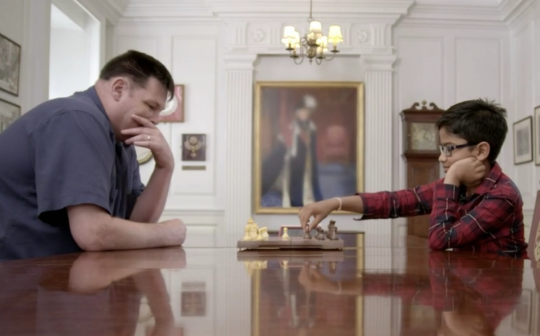 Mark was comfortably beaten at chess on the show (Picture: ITV)

Viewers were pleased to see the Chasers meet their match, and criticised Mark for being a bad loser.

‘Mark’s a sore loser, give the 10 year old some credit!’ one viewer said.

Another added: ‘Mark being a good loser as usual.’

Mark you gotta get over it. There are smarter people in this world than you even if they are 50 years younger than you#chasersroadtrip

There was no shame in being beaten by the child geniuses, and Anne Hegerty and Shaun Wallace both lost to their opponents too.

The second episode of The Chaser’s Road Trip: Trains, Brains and Automobiles saw the ITV’s Chasers continue their journey, heading across the UK to meet some of the most intelligent humans and explore both academic and emotional intelligence.

The Chasers Road Trip: Trains, Brains and Automobiles airs on Thursdays at 9pm on ITV.