Loose Women’s Charlene White has shared her frustration over her late aunt’s deportation to Jamaica after not being allowed back to the UK following a holiday to her home nation.

Charlene returned to Loose Women alongside Linda Robson, Frankie Bridge and Kelle Bryan to discuss some of the biggest stories of the day.

One issue which was brought up early on in the programme was the news of a new statue commemorating the Windrush generation, at Waterloo station.

Unveiled on Wednesday by Prince William, the national monument pays tribute to the thousands of people who arrived in the UK from Caribbean countries between 1948 and 1971, to help rebuild after the Second World War.

It depicts a man, woman and child in their Sunday best standing on top of suitcases, and was unveiled in Waterloo Station to coincide with Windrush Day.

However, despite expressing her positive feelings about the new memorial, Charlene reminded viewers of those who were ‘wrongly detained’ and deported after coming to the UK as British citizens from Jamaica.

She shared her personal connection, sharing: ‘Over the years, we’ve had those who’ve come over in the Windrush generation who were wrongly detained, denied their legal rights, threatened with deportation.

‘They were wrongly deported like my family, members of my family were, my aunt Daisy, therefore supposed to be compensated by the government. 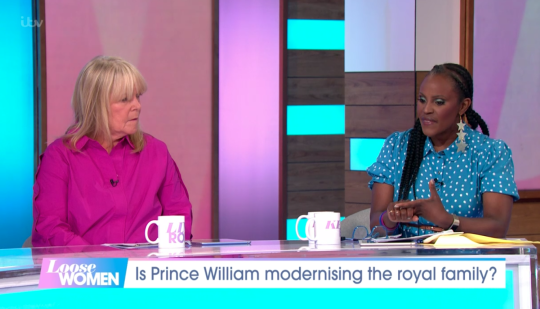 The panel had a sensitive discussion surrounding the story (Picture: ITV)

‘That compensation scheme, thousands of people who’ve applied, are yet to get a compensation decision, they’re still waiting in limbo.

She went on to add: ‘People have died waiting in limbo, these are people who contributed financially to this country over the years, like my aunt did.

‘My aunt had contributed to the NHS, she was a nurse for years. She went back to Jamaica on holiday and was not allowed back in. These are people who were British citizens, British subjects when they arrived here. 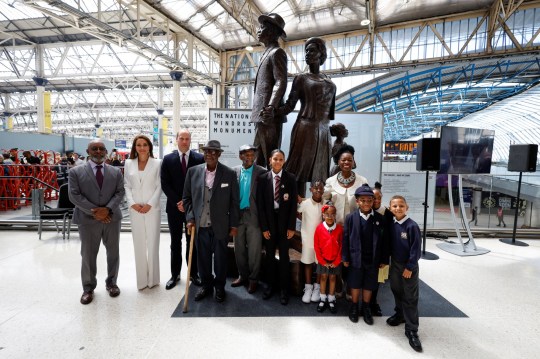 ‘The way in which they were treated was not in comparison to the sacrifices they made to rebuild this country.’

While Charlene believes its ‘great’ to see the contribution of the Windrush generation being acknowledged, she noted: ‘We still haven’t dealt with this compensation scheme… we still have people living in limbo.

‘My aunt died in Jamaica before she could come back here. She had a house here, she had a life here and wasn’t allowed to come back in, all before she didn’t fill in a form, but when she arrived here, she was a British citizen due to the British Empire.’ 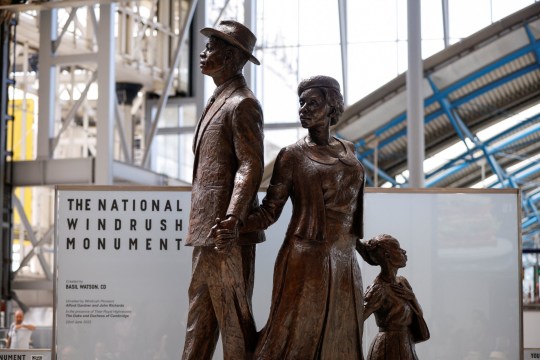 Her fellow Loose ladies responded to Charlene’s emotive comments, with Frankie replying: ‘I think it’s a nod in the right direction and there’s a lot more to be done.’

Prince William attended the unveiling of the statue – which marked Windrush Day 2022 – with his wife, the Duchess of Cambridge, as well as Baroness Floella Benjamin and Windrush passengers Alford Gardner and John Richards.

In a speech, he said: ‘Sadly.. members of the Windrush generation (were) victims of racism when they arrived here, and discrimination remains an all too familiar experience for black men and women in Britain in 2022.

‘Only a matter of years ago, tens of thousands of that generation were profoundly wronged by the Windrush scandal. That rightly reverberates throughout the Caribbean community here in the UK as well as many in the Caribbean nations.

‘Therefore, alongside celebrating the diverse fabric of our families, our communities and our society as a whole – something the Windrush generation has contributed so much to – it is also important to acknowledge the ways in which the future they sought and deserved has yet to come to pass.

‘Diversity is what makes us strong, and it is what reflects the modern, outward-looking values that are so important to our country.’