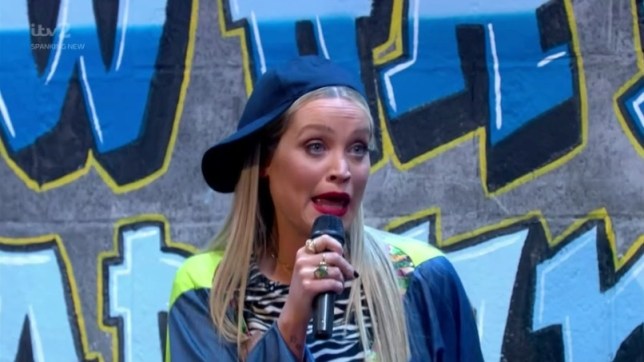 Laura Whitmore put her rap skills to the test in the latest game (Picture: ITV)

The Irish presenter, who gave birth to her first child less than a month ago, is back in full force at work, and always up for a challenge, ended up spitting bars about the sex act.

Clad in a tracksuit and backwards cap, Laura joined Emily Atack, Tom Grennan, Big Narstie and singer Raye for the latest episode of the bonkers game show, earning points for her team in What’s Rappenin’?

For the challenge, each player had to describe a word given to them without actually using the word – with Emily performing a ditty about bogies, and Raye being given the much more tame Spongebob Squarepants to earn points for the team.

But poor Laura was given the short end of the stick – and was left repeating the words ‘licky licky bum bum’ in a bid to earn points for her team.

‘Keep it nice and clean, no strangers if you don’t know where they’ve been.’ 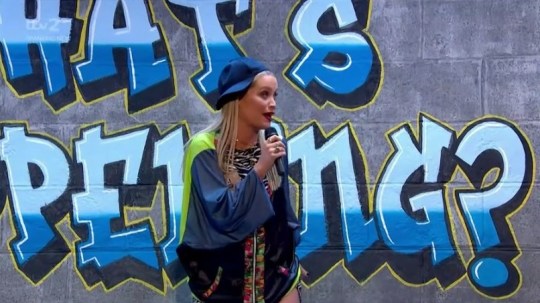 Eventually her team got what she meant, earning her the points.

Laura and her husband, Love Island voiceover star Iain Stirling, confirmed the arrival of their baby girl on April 2.

Sharing a photo of her cuddling her daughter online, the Love Island host wrote: ‘Thanks for all the kind messages at this time. We are in love x.’

Just two weeks later, Laura was back at work on Celebrity Juice, hosted by Keith Lemon, with co-judge Emily declaring her Superwoman. 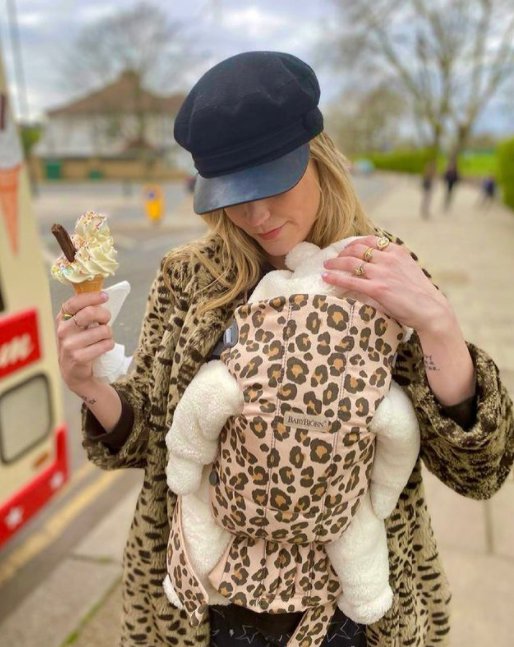 Laura delivered her baby girl at the end of March (Picture: Instagram)

Emily told us: ‘I think she insisted she gets back to work, which is amazing. Incredible. She is a soldier, she’s amazing.’

Laura had previously asserted that she was following in the footsteps of her mum by not taking much maternity leave.

She told the Telegraph: ‘All my friends from school are doctors or teachers. The fact that I even thought it was possible to go off and work at MTV came from my mum because her attitude was: “If you want to, then why not?”