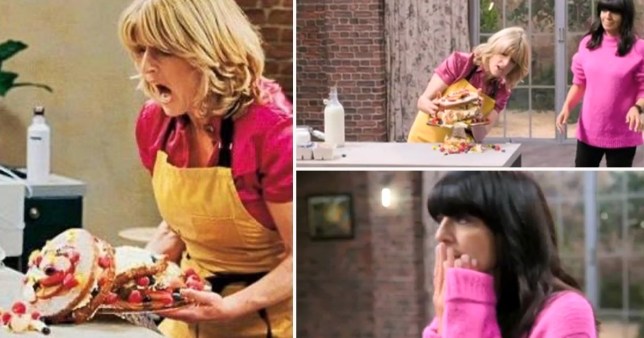 Celebrity Best Home Cook aired tense scenes this week, as one contestant suffered an absolute disaster with her baking.

The stars were challenged to create a cake for an occasion, with the likes of Ed Balls, Ferne McCann and Shobna Gulati being put through their paces by judges Mary Berry, Chris Bavin, and Angela Hartnett.

Journalist Rachel Johnson rustled up a gorgeous summer cake and decided to store it in the fridge until the last minute.

However, disaster struck when she took her masterpiece out of the fridge and joked: ‘I’m going to drop it!’

When she placed it on the counter, the tiered cake toppled over, with host Claudia Winkleman shocked as she looked on.

However, things were okay in the end, as Angela reassured her: ‘We’re going to judge it on how it tastes – we saw how it looked before, do not fear.’

But Mary wasn’t impressed as she argued that Rachel didn’t fulfil the brief of an occasion cake, and had simply made a summer cake.

The cake queen asserted: ‘If we give them a theme, it’s got to show the theme.’ 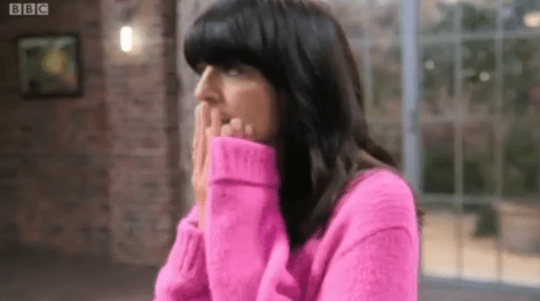 It was former politician Ed who impressed the judges, with all three agreeing that his children’s birthday cake was their favourite.

Things are heating up in the competition, which has reached the quarter-final.

In the final, the remaining three will have to create dishes showcasing butternut squash as the main ingredient for the Rustle Up challenge.

They’ll then be tasked with creating the ultimate picnic, where they’ll present the judges with their goods at a beautifully decorated picnic table.