Celebrity Great British Bake Off introduced Little Mix star Jade Thirlwall to her crush Paul Hollywood – and couldn’t help but get giddy as she met him.

It seems the judge Noel Fielding has nicknamed ‘Ol’ Blue Eyes’ has struck again after charming the Sweet Melody singer as she competed in the tent.

During the first challenge, where she was tasked with making nine cocktail-inspired fondant fancies, Jade managed to keep herself together as he came over to talk to her with Prue Leith.

‘Have you actually made these before?’ Paul asked her. 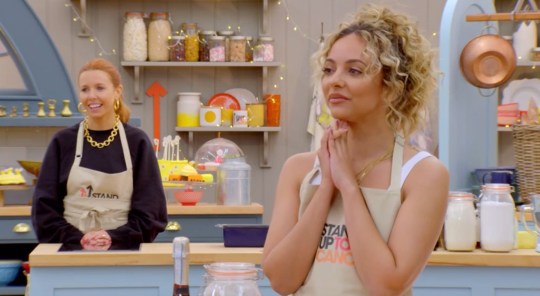 Jade got flustered after speaking to Paul for the first time (Picture: Channel 4)

But the second his back was turned, she told the cameras that she’d got a little weak at the knees from talking to him.

Before even entering the tent, Jade had wondered what Paul’s Ol’ Blue Eyes were actually like, and told cameras: ‘Paul’s eyes are something else aren’t they?

‘I am getting all hot and bothered!’ 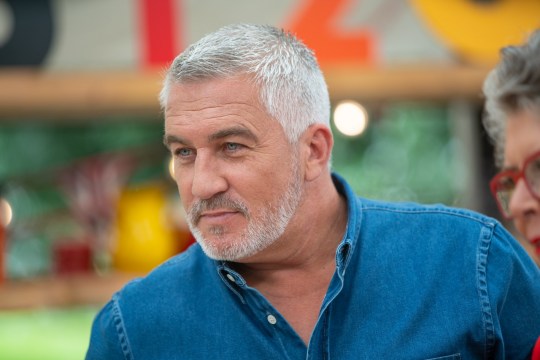 Jade had previously admitted that she had a crush on Paul, as she started baking on Instagram to pass the time in lockdown.

She seemed to impress him too during her time in the tent – smashing the signature and technical challenges with ease.

In the final showstopper, she melted fans’ hearts after making a Little Mix concert out of gingerbread – with all four members of the band.

The star took part of the series as part of a Stand Up To Cancer charity drive, in memory of her family members lost to the disease.

She faced off against KSI, Katherine Ryan and Stacey Dooley in the episode.

Celebrity Bake Off continues Tuesdays at 8pm on Channel 4.