Daisy Ridley won over the fans of Celebrity Great British Bake Off by attempting to make a cake in the shape of a toilet – and getting a soggy bottom.

The Star Wars icon was up against Rob Beckett, Tom Allen and Alexandra Burke in the tent as the Stand Up To Cancer specials returned.

However, the Bake Off superfan found herself in trouble pretty quickly, particularly in the technical challenge when she was told to make four individual vegan chocolate and raspberry tarts.

Not giving her tart cases enough time to cook in the oven, Daisy was heard sounding upset when she found out the bottoms were still soggy, and they couldn’t dry in time.

Trying to win the judges back, she went all out for the showstopper, and attempted to bake a toilet shaped cake.

She was told to make a cake that showed off ‘her biggest bugbear’ and the loo represented her hatred of people leaving the seat up. 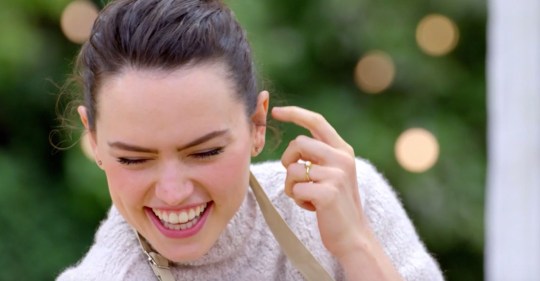 Daisy proved herself to be a superfan (Picture: Channel 4) 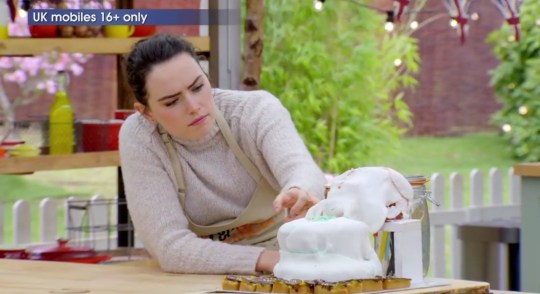 Unfortunately, while she had big ideas, she didn’t have the time and the results were… something special.

But fans didn’t seem to care too much and praised her for making their day and bringing some joy to the screens anyway.

Daisy Ridley announcing that she had a soggy bottom with a voice tinged with excitement and sadness. #GBBO

Daisy Ridley is talking about making a toilet and Iâm still shooting heart eyes at her…. I need to get over this crush #GBBO 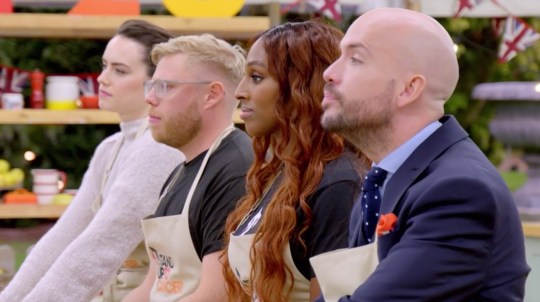 At the end of Daisy’s time in the tent, sadly she missed out on the win – and Alexandra Burke took home the star baker apron instead.

‘Alexandra just did so well. She’s a really, really good baker,’ Prue told the cameras after making the decision.

But Daisy wasn’t too mad, and said: ‘Piece by piece I’ll build myself back up and crown myself star baker.’

And at least it was all for a good cause – with the team aiming to raise money for Stand Up To Cancer.

Find out more information at: channel4.com/su2c.

The Celebrity Great British Bake Off for Stand Up To Cancer airs Tuesdays at 8pm on Channel 4.

Michael Sheen, His Family Have Been Battling COVID for ‘Weeks’