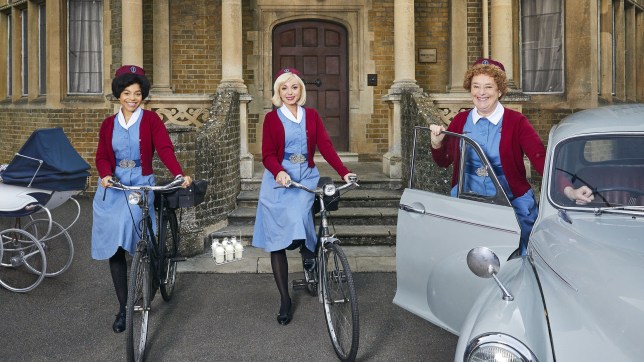 The series is back after a long delay (Picture: BBC)

One of the most-loved shows on the BBC is back, with Call the Midwife returning for series 10.

Fans have been waiting a long time for the BBC series, after it was delayed by five months due to the coronavirus pandemic. The new run will feature seven, rather than eight episodes as a result.

Series 10 will transport viewers back to the East End of 1960s London and reunite them with the Poplar Nurses, with a host of familiar faces returning for the new series.

Things will pick up following the events of the Christmas special, with the previous series airing back in 2020.

The show will be without one of its biggest names though, with one of the stars leaving the series between series.

Here’s everything you need to know about the new episodes.

Who is in the Call the Midwife cast? 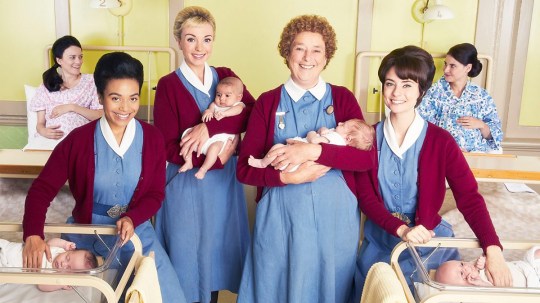 Jennifer Kirby (far right) will not be returning to the show (Picture: BBC)

There is a notable absence from the new series, with Nurse Valerie Dyer star Jennifer Kirby leaving the show.

The 32-year-old hung up her stethoscope and nurses’ hat and said goodbye to the show last year.

Elsewhere, the biggest series from the show are back. Jenny Agutter returns as Sister Julienne and Fenella Woolgar is also stepping into the role of Sister Hilda once more.

Nurse Crane star Linda Bassett is making a return, as is Ella Bruccoleri as Sister Frances.

Helen George is also back as Trixie Franklin, and Leonie Elliott also returns as Lucille Anderson.

Despite not appearing in the Christmas Special, Miriam Margolyes is also part of the cast as Mother Mildred.

When is Call the Midwife on TV?

The 10th series of Call the Midwife begins on Sunday April 18 at 8pm on BBC One.