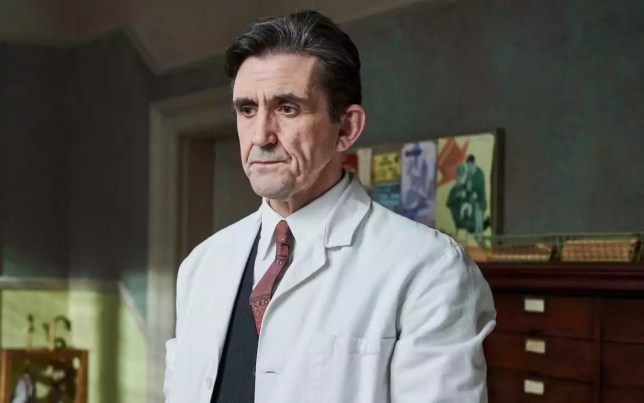 Dr Turner found out about the after effects of Operation Grapple (Picture: BBC)

Call The Midwife were praised on tonight’s episode for shedding light on the effects of Operation Grapple.

In tonight’s series 10 return, Dr Patrick Turner (Stephen McGann) and Shelagh Turner (Laura Main) were shown videos of the bomb tests by Bobby Delamore (Kieran Hill), which he managed to smuggle back to the UK as he worked in the post room as part of his national service.

The full horror of the effects only came to light during the birth of his child, and when fellow veterans began coughing up blood and feeling nautious, believing it was food poisoning.

What happened in Operation Grapple?

Operation Grapple was a series of British nuclear weapons tests in 1957 and 1958. Around 20,000 British servicemen were deployed there, as well as several hundred New Zealand and Fijian troops.

Held in Malden Island and Christmas Island in the Pacific Ocean, the tests were part of the hydrogen bomb programme. 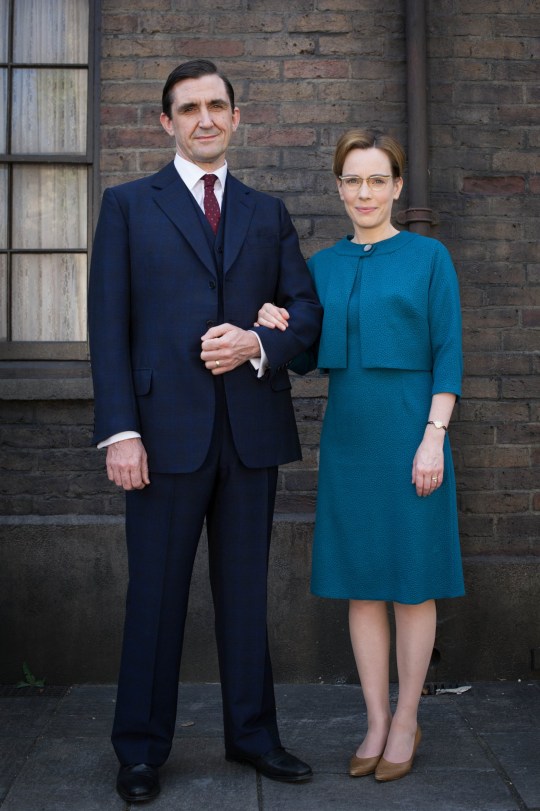 However, the nine radioactive explosions had reported massive fallouts for the veterans involved in working on the operation at the time.

Some soldiers claimed they were given no protective equipment while working on site as the bomb tests went off.

Resultant tests on the effects of being exposed to the radiation were later carried out with mixed results, with an analysis in 2010 saying the rates of illness was higher than the control group, but the control group had a lower typical rate of illness to the population, which made it hard to compare.

British veterans have tried multiple times to sue the government for their illnesses, claiming Operation Grapple behind their illness, but none of them were successful. 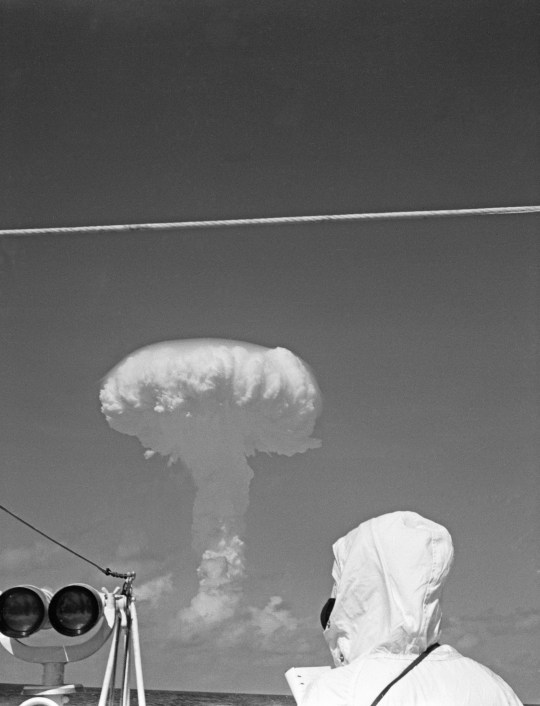 Mushroom clouds were visible from miles away as the tests were done (Picture: Getty)

Another group of 1,011 British ex-servicemen were denied permission to sue the UK Ministry of Defence by the Supreme Court in March 2012 – as ‘too much time had lapsed’.

Fans of the show were shocked to discover this part of history, which is not taught in school or barely talked about, but has effected people in their lives.

As a result, they thanked the heartwarming BBC drama for shedding light on this moment in time, and the fallout that may have been caused because of it.

#CallTheMidwife operation grapple. Thank you for highlighting this. My Dad was there and died of multiple cancers in 1972.

I’d never heard of Operation Grapple before. You really do learn a lot of history watching #CallTheMidwife

Travesty of what happened in the aftermath of those nuclear bomb tests is one of the gravest morning scandals to ever have happened in the past century. This is why those men and their families should be recognised and honoured. Good on #CallTheMidwife for highlighting this.

I don’t know much at all about nuclear testing. This is horrific to hear. But it’s certainly something I will be reading more about later. #CallTheMidwife

Christmas Island. A Bomb tests Brave issue for #callthemidwife to tackle. Hope they do it justice as my uncle was a nuclear veteran. Sure they will, they usually get these issues spot on.

Call The Midwife returned for their 10th series this week, with the tragic death of a baby during childbirth.

Dr Turner initially feared it was another Thalidomide case, but discovered later that the cause may have been due to the father’s work during Operation Grapple.

While it was never asserted, the nurses and doctor soon investigated its effects and believed his National service may have played a role.

Explaining what he felt there, he said: ‘Derek, he was on the deck of a ship a lot nearer. Those men, they had to sit with their backs to the horizon, cover their faces with their hands.

‘Derek said he could see all his finger bones glowing through his hand. Like they was burning.’

Call The Midwife continues Sundays at 8pm on BBC One.