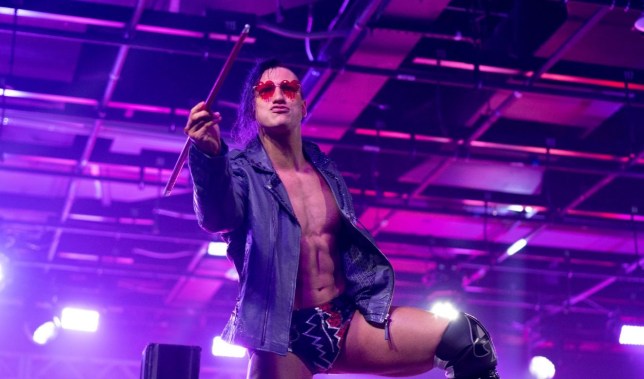 AJ Styles, Karl Anderson and Luke Gallows – who are once again a force to be reckoned with in WWE with new member Mia Yim by their side – first crossed paths as part of Bullet Club in New Japan Pro Wrestling, while Ace finds himself alongside Chris Bey and Juice Robinson as the faction’s US branch.

Reflecting on the idea of an inter-promotional clash, he exclusively told Metro.co.uk: ‘Man, I think not only would that be great for the true fans, but even the casual fans that don’t know how far Bullet Club reaches.

‘The casual WWE fans that see The O.C., I don’t think they realise how far back that goes, how deep that history is, how far it reaches out into the world.

‘These are guys that are on the same level that are totally carrying the business in a different part.’ 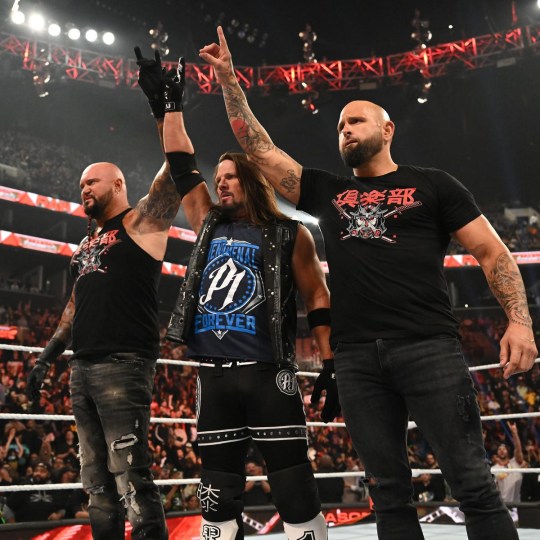 There would be added meaning to the bout with Ace leading the charge in IMPACT, while AJ Styles helped pioneer the company from its inception as TNA Wrestling and the Good Brothers duo Anderson and Gallows had their own recent stint.

‘Nothing’s impossible! It’s all a matter of, how can business be done in the best way possible? If there’s opportunity for money to be made and business to be done well, people are gonna typically go for it. That’s the beauty of wrestling,’ he added.

The three-time X-Division Champion is loving life in IMPACT, paying tribute to the locker room and the way he’s been able to chase his wider dreams as part of the roster.

Even with the freedom he’s given in the company, he never saw the idea of joining Bullet Club being something he actually had a chance to achieve – especially as he always wanted to focus on himself.

‘That’s definitely not something I ever saw coming. I’ve always been really particular about my unique personality. I’ve always wanted a special, unique side of things to show,’ he explained.

‘I saw the impact that [Bullet Club] had on the industry, and I always thought to myself, how can I have an impact like that on the industry? So, just riding that line all these years, seeing how big it got. Then I thought – it just never occurred to me that was something I would get close to being a part of.’

Ace admitted the group went on something of a ‘downswing’ before an ‘upswing’ with Jay White, and he was later approached to be part of the group as it looked to expand ‘over all of the wrestling world’.

‘I was like, if I wanna know how to have that impact, what better way to learn than right from the inside? When they asked me that question, I was totally blown away by it,’ he added, noting he wasn’t ‘begging for a spot’, but they approached him.

‘It just didn’t feel like where I was headed, but the fact of the matter is, they recruit the best of the best. The only way in is to really be one of the top guys, so it was a validation, that’s for sure.’

In a strange way, Ace feels like Bullet Club has almost made his career goals come full circle as he has found a way to be ‘unbound’ and ‘limitless’.

‘Bullet Club has become one the very few things in wrestling with no limits. There are reaches everywhere,’ he beamed. ‘I am, through Bullet Club, getting to become everything I wanted to be.

‘Unbound, limitless, I’m able to make impressions everywhere. I don’t have to be confined to one box, one place. Man, that’s really, really cool.’

That idea of wrestling without boundaries has been, in part, fostered by IMPACT Wrestling, and Ace said the way the company works makes for a fascinating environment as a performer.

‘It’s a revolving door, you just have to understand the ebbs and flows of wrestling. There’s always momentum going in one direction, you have to find your way to ride those waves,’ he said.

‘Even though we sometimes don’t get to keep people for as long as we like at IMPACT, it’s really great to get to work with such a revolving door. There’s no end to the amount of experience and knowledge you get to mix with.’

Watch IMPACT Wrestling via IMPACT Plus and IMPACT Insiders.