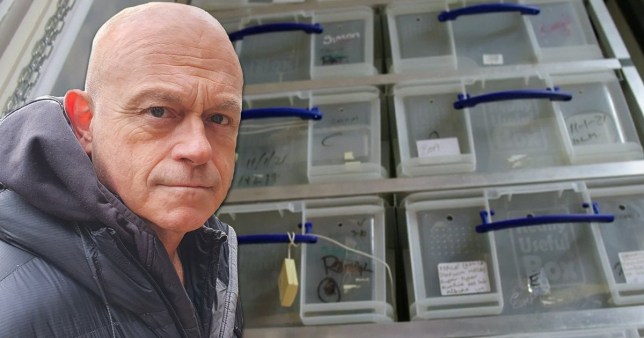 Britain’s Tiger Kings viewers were left outraged by Ross Kemp’s documentary on Tuesday night, after being introduced to the owner of exotic snakes who kept them in tiny tupperware boxes.

The show saw the presenter investigate the 4,000 wild animals including lions, tigers, bears, crocodiles and giant snakes which are kept in private ownership across the UK.

One sequence saw Ross meet reptile enthusiast Gary Smith, who keeps around 40 snakes in his home – and viewers weren’t happy about the conditions they were stored in.

Ross came face to face with some of his pets, with Gary encouraging him to touch the fangs of one of his animals.

After taking a tour around Gary’s house, Ross was taken outside and introduced to an enormous albino Labyrinth Burmese Python, one of the biggest snakes in the world.

The snake wrapped itself around Ross’s legs, before being removed from the grateful presenter. 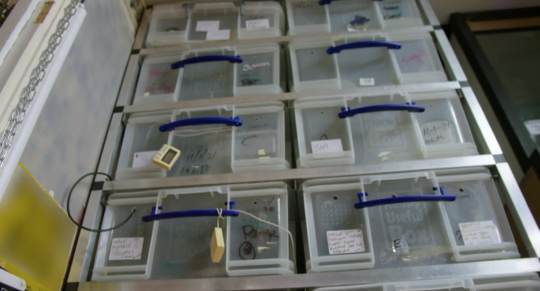 The snakes were stored in boxes on Tuesday’s show (Picture: ITV) 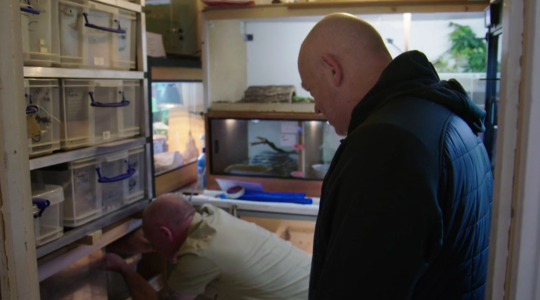 Ross was guided around Gary’s house on the show (Picture: ITV)

Gary also introduced viewers to a huge lizard he owned, which he likes to walk around his local park.

After watching the film and seeing the condition the snakes were kept in, viewers hit out at the owner and called for them to be kept in better surroundings.

#snakes absolutely do need space, especially very large snakes. To deny them this is to not understand these reptiles and their welfare needs… #BritainsTigerKings

Meanwhile, the first part of the documentary which aired last week introduced viewers to Reece Oliver, who owns two lions, as well as penguins living in his back garden.

Viewers were left enraged after seeing the lions being kept in the back gardens of private owners.