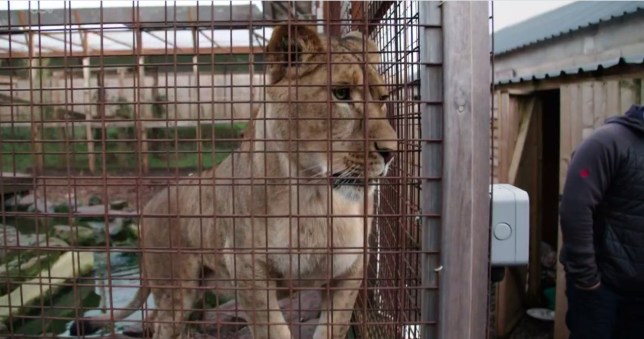 The animals, which are native of Africa, have become status symbols for pet owners and businessmen, with some taking pride in their growing collection of foreign animals.

In the first part of the documentary, Reece Oliver, who lives in a village in Nottinghamshire, owns two lions, as well as penguins living in his back garden.

Speaking to Ross, Reece said that he wanted to add a hyena to his collection, and refused to back down as his local village fight against the animals being in the area.

Ross later spoke to the locals, who said they were more concerned about the animals being kept in small captivity, when they should be running free in their native countries, or well looked after in a zoo.

Reece acknowledged the issue but, alongside his mum, refused to ever give them up – comparing them to pet dogs. 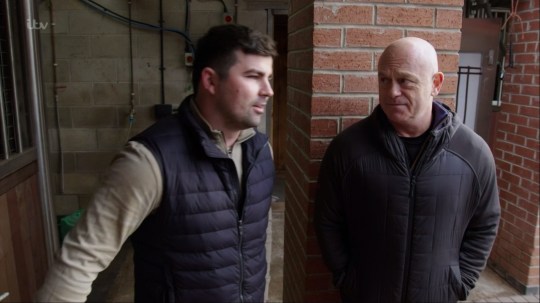 Rhys insisted that he was doing what was best for the lions (Picture: ITV) 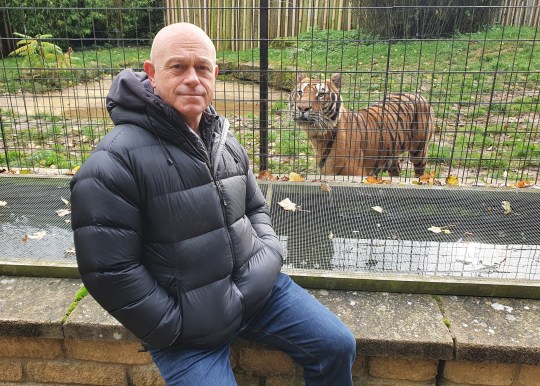 Ross started questioning why animals needed to be kept in cages for personal use (Picture: ITV)

He was later seen getting into the lions’ pen after one of his cats fell gravely ill, needing emergency assistance.

In another scene, a man who raised wild animals for commercials and advertisements also unsettled viewers.

After watching the film and the captivity they are in, viewers demanded that the cats be placed somewhere with professional care for them.

This is sooo cruel – if those cats went to a place a million times better than where they are, they’d probably forget their stupid owners in a heartbeat they’d be so happy ! #britainstigerkings

Proper selfish. There’s absolutely no way he genuinely believes that he’s doing this for the lions happiness. Its for his own selfish reasons #britainstigerkings

God forbid those lions ever escape! We all love animals, doesnât mean we can keep wild ones as pets! Doing it for their benefit and not the animals! #britainstigerkings #rosskemp

Iâm sorry but no wild animal should be kept as a pet, letâs face it no one likes a bragger! Youâre not exactly doing it for the animal when youâre keeping them in a small pen. #britainstigerkings

Wild animals are not accessories! We have no concerns over people collecting sports cars, watches and handbags, but animals should not be treated as commodities… #BritainsTigerKings

There are approximately 4,000 wild animals including lions, tigers, bears, crocodiles and giant snakes in private hands in the country.

It is also completely legal, with Dangerous Wild Animals Act 1976 meaning Brits and have animals as long as they obtain a licence from their local authority.

As part of this, they need to demonstrate that their animals are properly contained to protect the public, and proof that it wasn’t taken from the wild.

Charities including Born Free are currently trying to put a stop to privately owned tigers and large wild animals.

The Fourth Surge of the Pandemic Is Upon Us

As Easter egg sales rise by 50 per cent, we reveal which best-sellers are the best value