The leads for season two feature in the first clip of Bridgerton’s new season (Picture: Twitter/Netflix)

Netflix has offered a first glimpse of the new season of its hit show Bridgerton, with a sneak peek at a conversation between season two’s central character Anthony Bridgerton and new leading lady, Kate Sharma.

A clip from the second season of the drama was shared on social media on Saturday, introducing viewers to forthright Kate, who is played by Sex Education star Simone Ashley.

The trailer showed her character having a fiery exchange with Anthony Bridgerton, who is played by Jonathan Bailey, as they discuss his tastes in women.

A post on the programme’s official Twitter page said: ‘Dear readers, this author is most pleased to bring you a first glimpse into the upcoming social season, and even more delighted to introduce you to Miss Kate Sharma.’

In the clip, it transpires that Kate has overheard Anthony’s conversation about his ‘many requirements for a wife’.

As he askes if she ‘takes issue with his requirements’, Kate bites back: ‘I take issue with any man who views women merely as chattels and breeding stock.’

Dear readers, this author is most pleased to bring you a first glimpse into the upcoming social season, and even more delighted to introduce you to Miss Kate Sharma. pic.twitter.com/JIdenSeWh0

Although Anthony is keen to know her name and tries to flirt, Kate is having none of it, departing their night-time garden rendezvous with the line: ‘Your character is as deficient as your horsemanship.’

Unsurprisingly, the viscount looks a little stunned – although we can all predict he will soon become smitten.

The second season will follow Anthony, as detailed in the second book by author Julia Quinn, with previous lead Regé-Jean Page, as Simon Bassett, Duke of Hastings, departing the show. 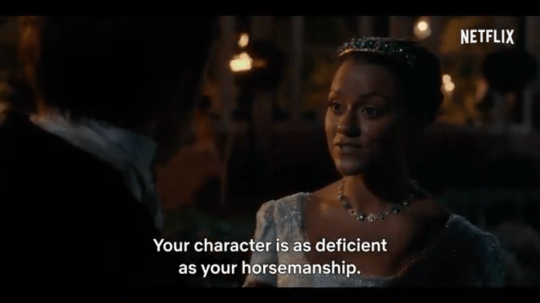 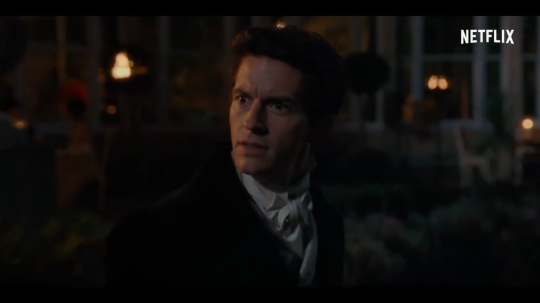 Penelope Featherington star Nicole Coughlan recently teased that Bridgerton will be even ‘spicier’ when it returns with the new season.

Speaking about her character, Derry Girls actress Nicola continued to Entertainment Tonight: ‘I feel like the Bridgerton world has grown and you’re going to see a lot more sides to her. She’s a sassy chick.’ 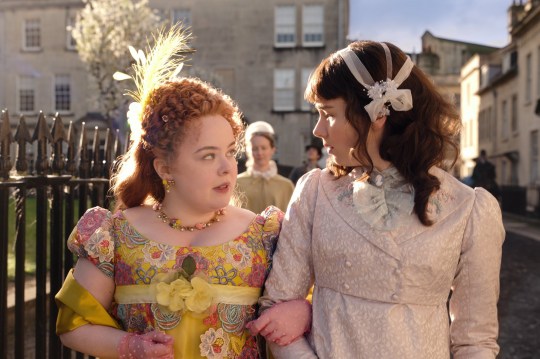 The first pictures from the set of season two were seen in May and showed the characters enjoying what appeared to be a raucous day at the races, with Anthony and Kate sat side by side.

Several other Bridgerton stars were also spotted in the scene, including Luke Newton as Colin Bridgerton, Luke Thompson as Benedict Bridgerton, Claudia Jessie as Eloise Bridgerton, Ruth Gemmell as Lady Violet Bridgerton and Adjoa Andoh as Lady Danbury, a mentor to the Duke of Hastings.

Series three and four of Bridgerton have previously been commissioned by Netflix, as well as a prequel series telling the origin story of Queen Charlotte, who is played by Golda Rosheuvel.

Netflix previously said the show had become its biggest ever original series after it was viewed by a record 82 million households in 28 days.

The first season of Bridgerton is available to stream on Netflix.