BRADLEY Walsh was left retching during a revolting eating challenge on the latest episode of Breaking Dad.

Viewers followed Bradley and his son Barney on the Scandinavian leg of their tour as they headed to Sweden to embark on the latest series of hilarious activities.

Bradley Walsh was left retching over a tin of fermented herringCredit: ITV 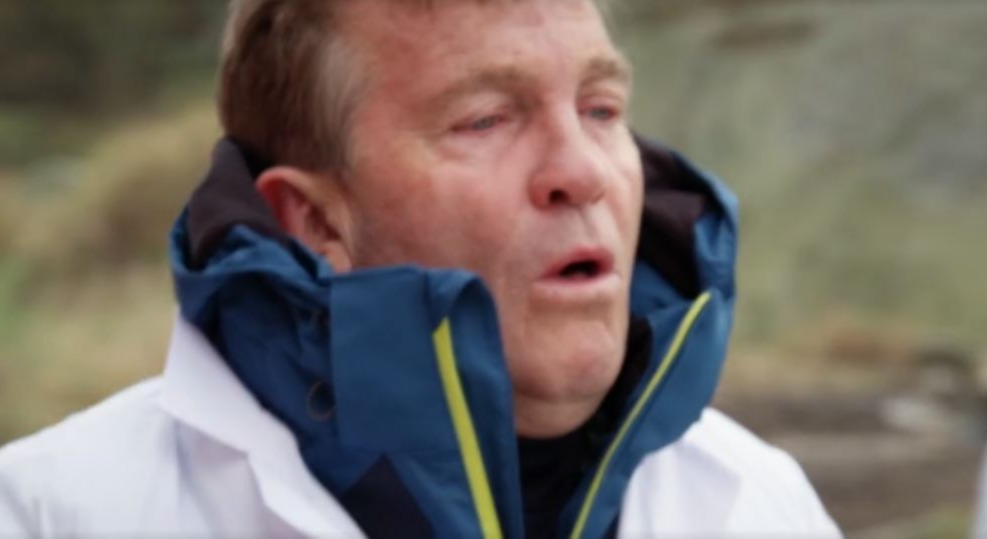 The Chase host became teary-eyed after just one whiff of the strongly smelling fishCredit: ITV

But one activity, in particular, left The Chase presenter reaching for the sick bucket.

The pair started the day at Nordviken and enjoyed some fresh Swedish sea air, albeit freezing.

Barney presented his dad with a tin of surströmming – leaving Bradley baffled as he’d never heard of it.

“This is called surströmming, this is what we’re going to finish our breakfast with,” Barney said.

“They put it in just enough salt to stop it from going rotten. And they ferment it for at least six months.

“It’s the worst smelling thing in the world, food stuff.”

A puzzled Bradley looked disgusted and remarked: “What have you brought it out here then? I don’t want that.”

But his son was adamant that they should bite the bullet and give it a try and said: “Because we’re in Sweden, we have to have a go at it.”

The pair sported white lab coats in case the juice from the tin splashed onto them and cracked open the lid.

But with just one whiff Bradley instantly started heaving and coughing.

Looking teary-eyed, the ITV presenter raced towards the sea and leaned forward to retch.

A glutton for punishment, Bradley picked up the offensive smelling fish and had another sniff which made his stomach churn.

Barney told his dad that they had planned to eat it, but Bradley was having none of it and used the fermented Baltic Sea herring as deterrent to chase the camera crew.

The traditional Swedish cuisine has been around at least since the 16th century and is usually eaten with potatoes and onions in bread.

But Bradley couldn’t stomach the pungent smell and threw it in the sea, which immediately attracted a bird that devoured the Surstromming.

“Very rarely does anything make me gag, I was fighting it back, not to actually be sick,” Bradley told his son.

Another penned: “Crying laughing at Barney and Bradley gipping at that herring 😂 #BreakingDad @ITV”

“#BreakingDad In fits of laughter watching Bradley retch – he gave it a good shot though,” a third added.

The father and son duo also enjoyed a game of ice hockey and ABBA mega fan Bradley was treated to the ultimate musical surprise.

Last week, Bradley revealed that he “soiled” himself while tackling his fear of heights.

During a visit to the tallest indoor rope course in the world, Barney makes his dad climb a terrifying rope course – despite his fear of heights.

Bradley, however, tests his boundaries and pushes himself to the limit by having a go at the intimidating 50m high course.

After successfully completing the rope tracks alongside son Barney, bemused viewers were then informed he had “soiled” himself during the last and most challenging part of the course.

“I think I’ve actually soiled my new tracksuit,” said Bradley, to laughs from his son Barney.

Elsewhere in the episode, fans saw the pair enjoy a class of laughing yoga.

The pair also wowed viewers by taking a trip up to the top of a wind turbine in Copenhagen.

After a short boat ride, the pair began ascending up a 63m high wind turbine via a series of ladders.

Breaking Dad is available to watch on the ITV Hub. 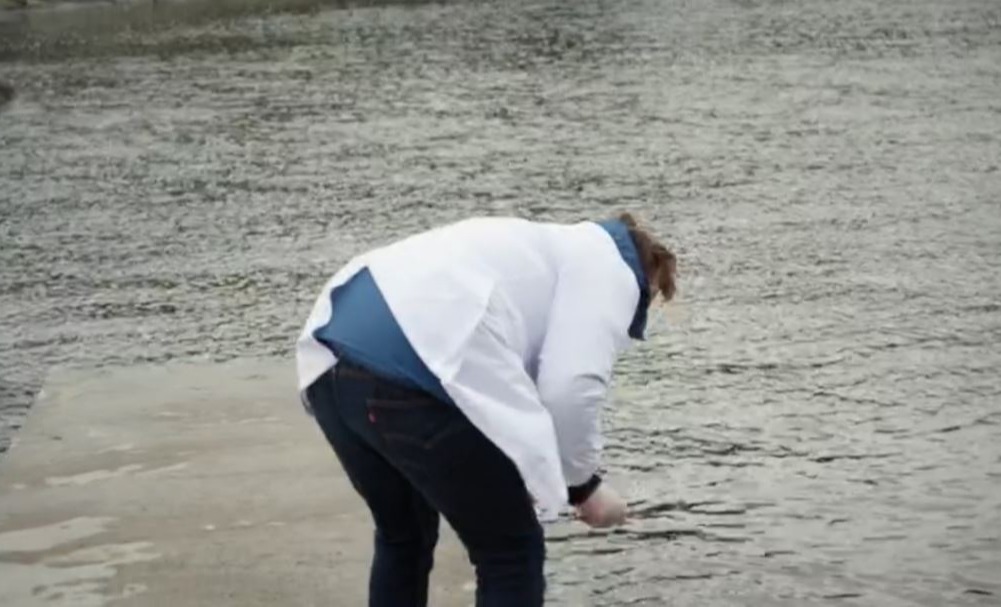 The ITV presenter raced towards the sea and leaned forward to heaveCredit: ITV 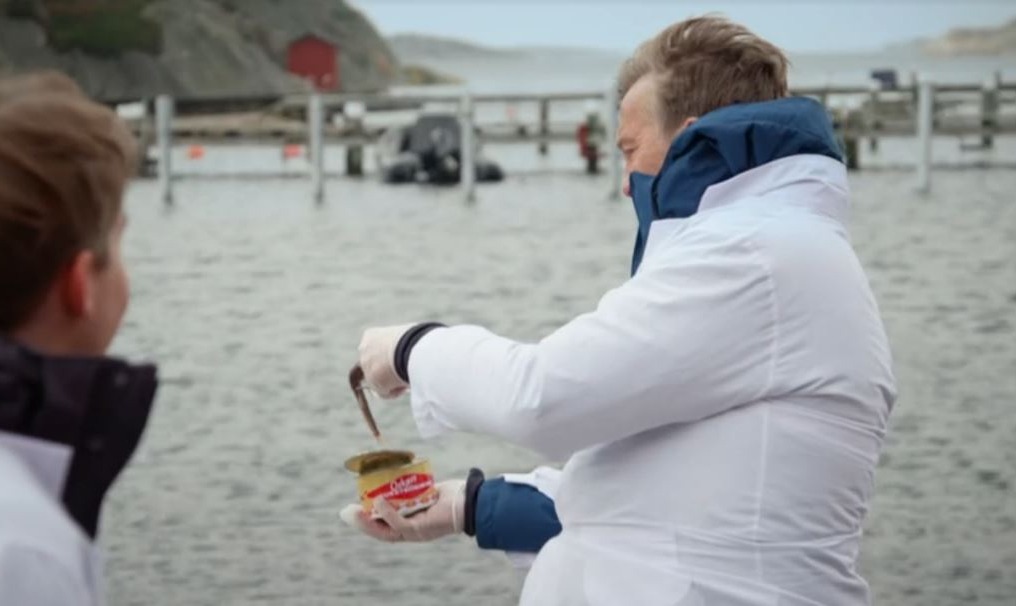 The pair were repulsed by the pungent smellCredit: ITV

Three-bedroom terraced London house on the market for £250,000