I’M A Celebrity viewers believe Boy George “asked for an easy ride” into camp after managing to land the easiest entrance challenge.

The first 10 contestants arrived on the Australian-based reality show on Sunday evening, with four separate challenges playing out, often facing their fears in the process. 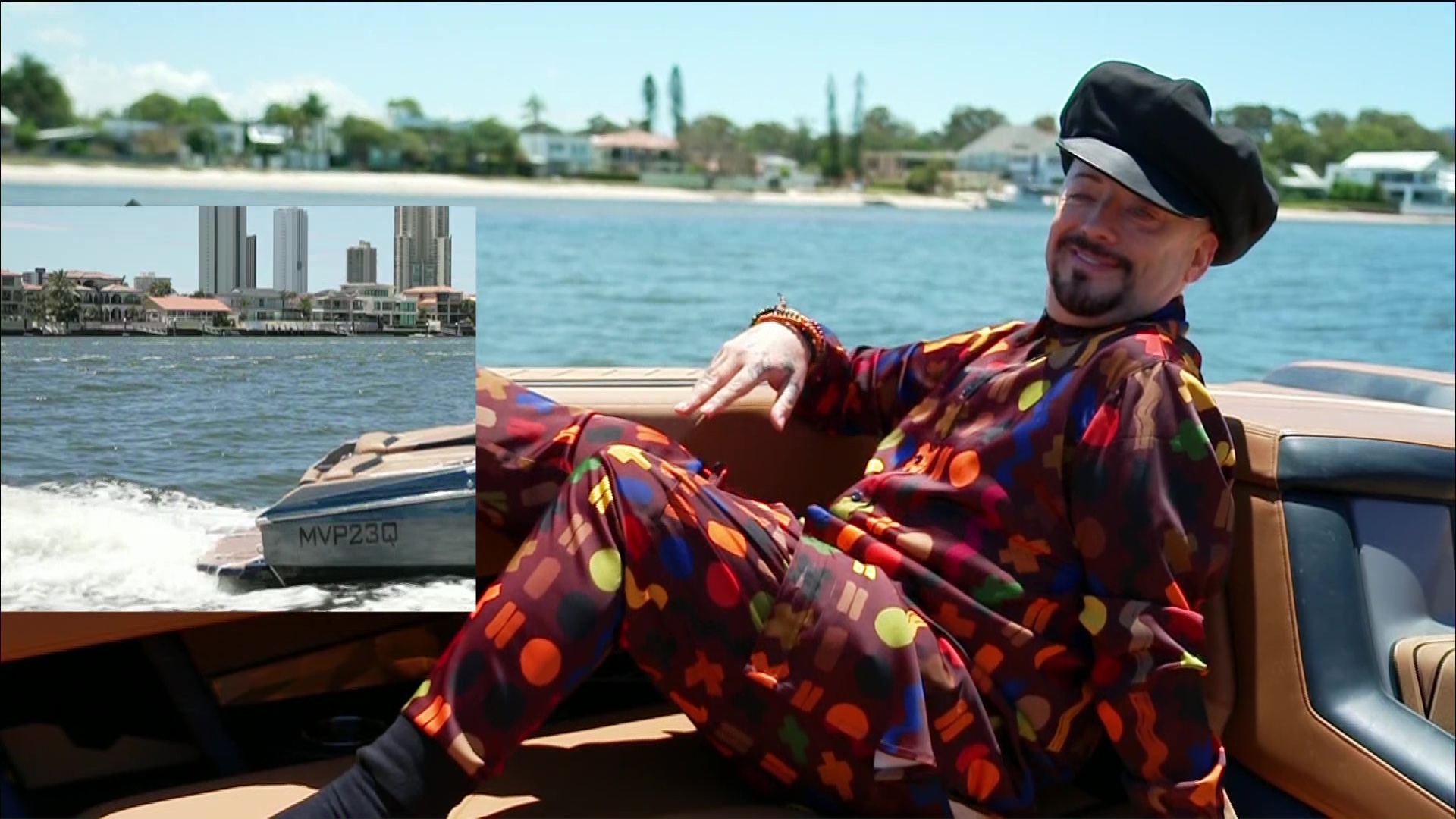 Boy George kicked off this year’s series by arriving on a boatCredit: ITV 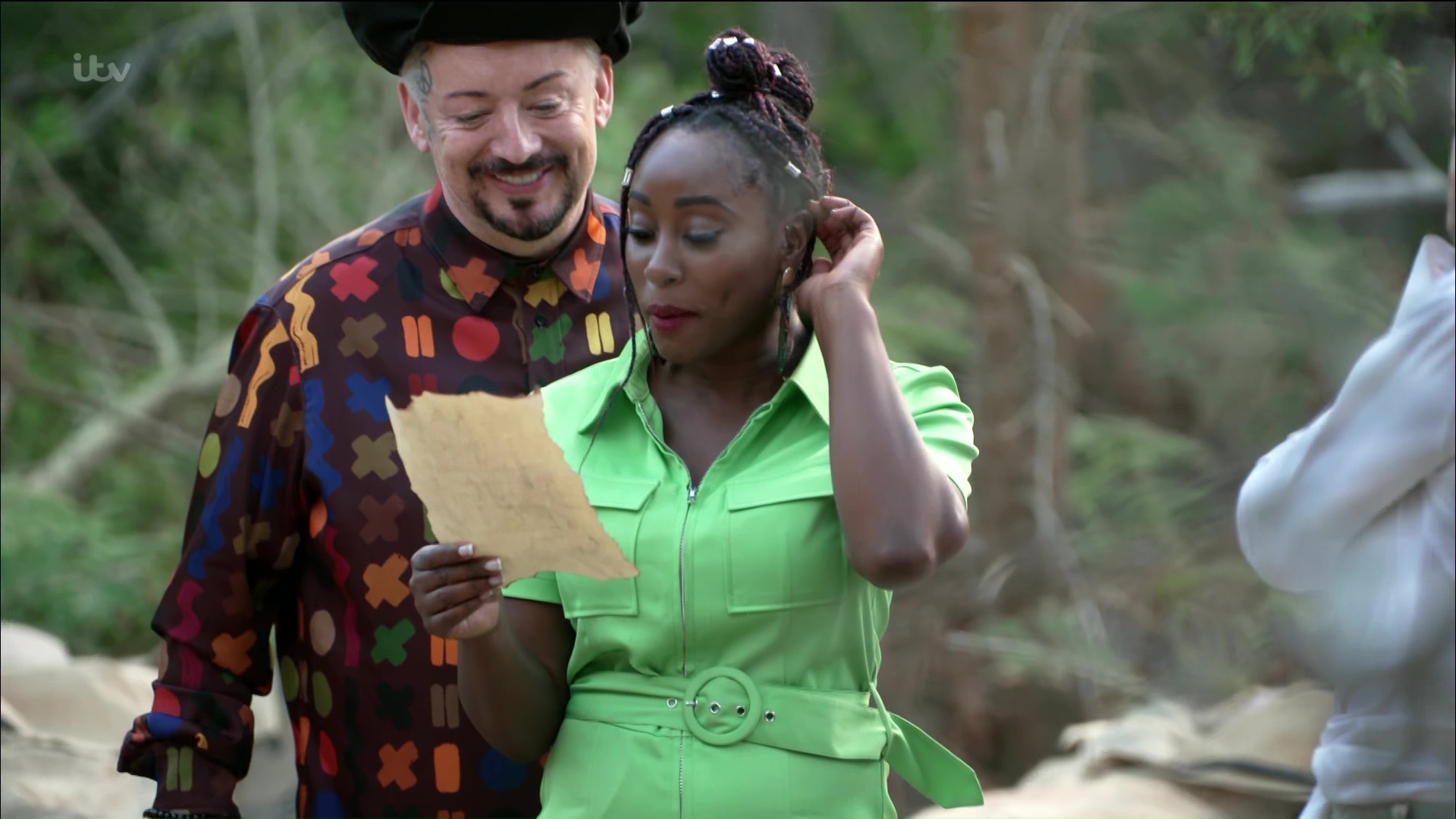 Charlene White, Babatunde Aleshe and Jill Scott were first up, having to walk a plank off a high-rise building before jumping off.

Despite being crowned ‘Jungle VIPs’, Olivia Attwood and Chris Moyles had to skydive onto a beach after a final luxury dining experience.

For group two, Owen Warner, Sue Cleaver and Mike Tindall had to complete a series of challenges to locate stars in a swamp.

However, final Jungle VIPs Boy George and Scarlette Douglas seemed to get off slightly easier, rowing to shore from a luxury boat to a beach in a rowboat.

Viewers found the decision bizarre and someone unfair on the others who literally had to face fears in order to kick off their start on the show, and believe it was arranged by Boy George to be let off easy.

“Chris Moyles had to jump out at 10,000 ft, Boy George just rowed a dingy,” said one, while another questioned: “Why didn’t Boy George and Scarlette do an initial trial ??”

“That was an underwhelming first episode,” said a third. “They’re already giving George special treatment (he had to paddle a little boat, is that all?)”

Fans were also left disappointed by the fact Matt Hancock is yet to turn up on the series, joining as a late addition later this week alongside Seann Walsh.

The much-anticipated arrival was assumed by many to be occurring tonight, and not in a few days time.

However, the Jungle VIPs Boy George, Chris, Olivia and Scarlette may have had an easy start… but they’ve now found out the catch and at the end of the episode it was revealed they would be taking on the first Bushtucker trial in order to earn stars for camp.

I’m A Celebrity continues weeknights at 9pm on ITV. 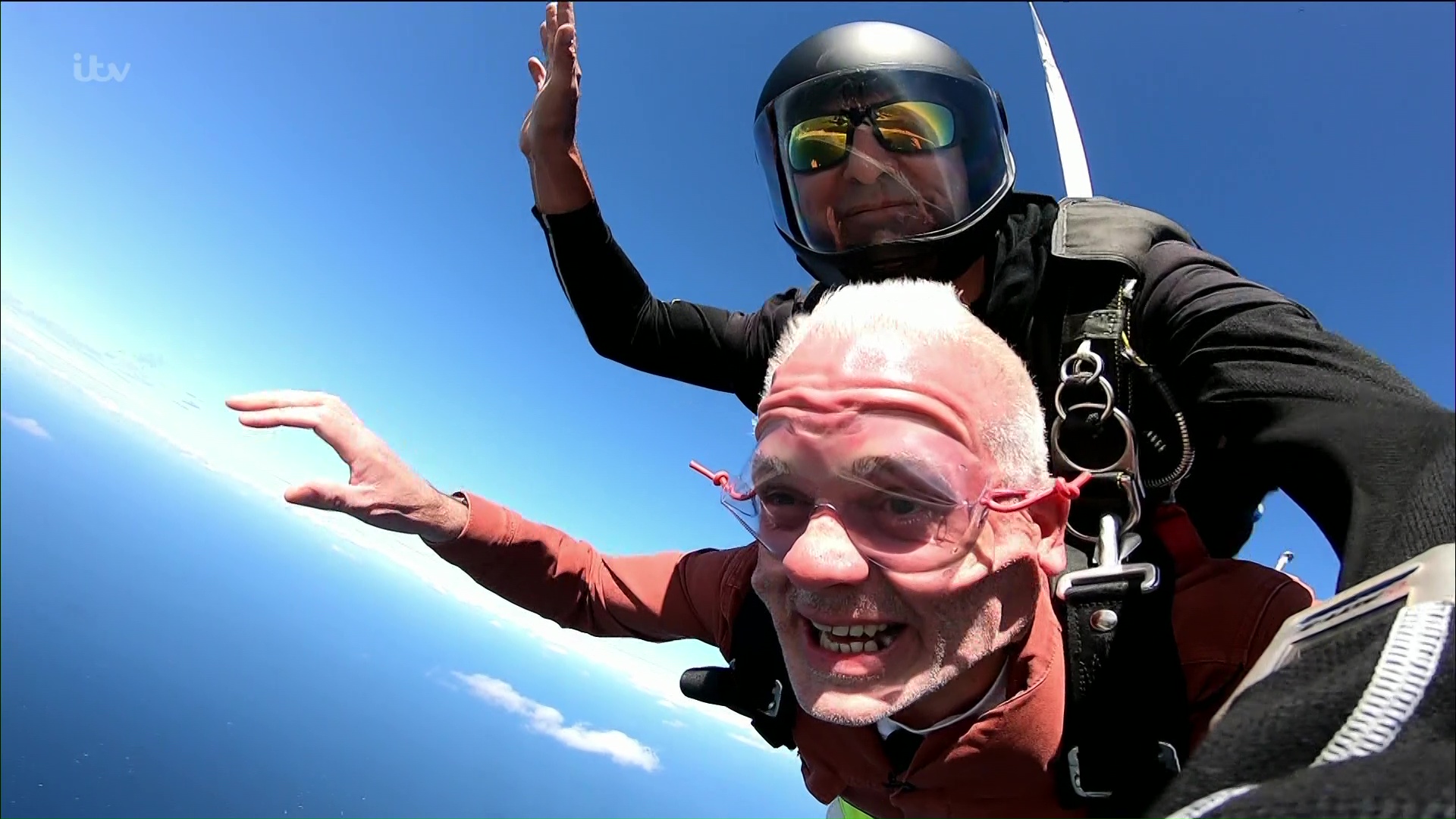 Chris Moyles did a skydive with Olivia AttwoodCredit: ITV 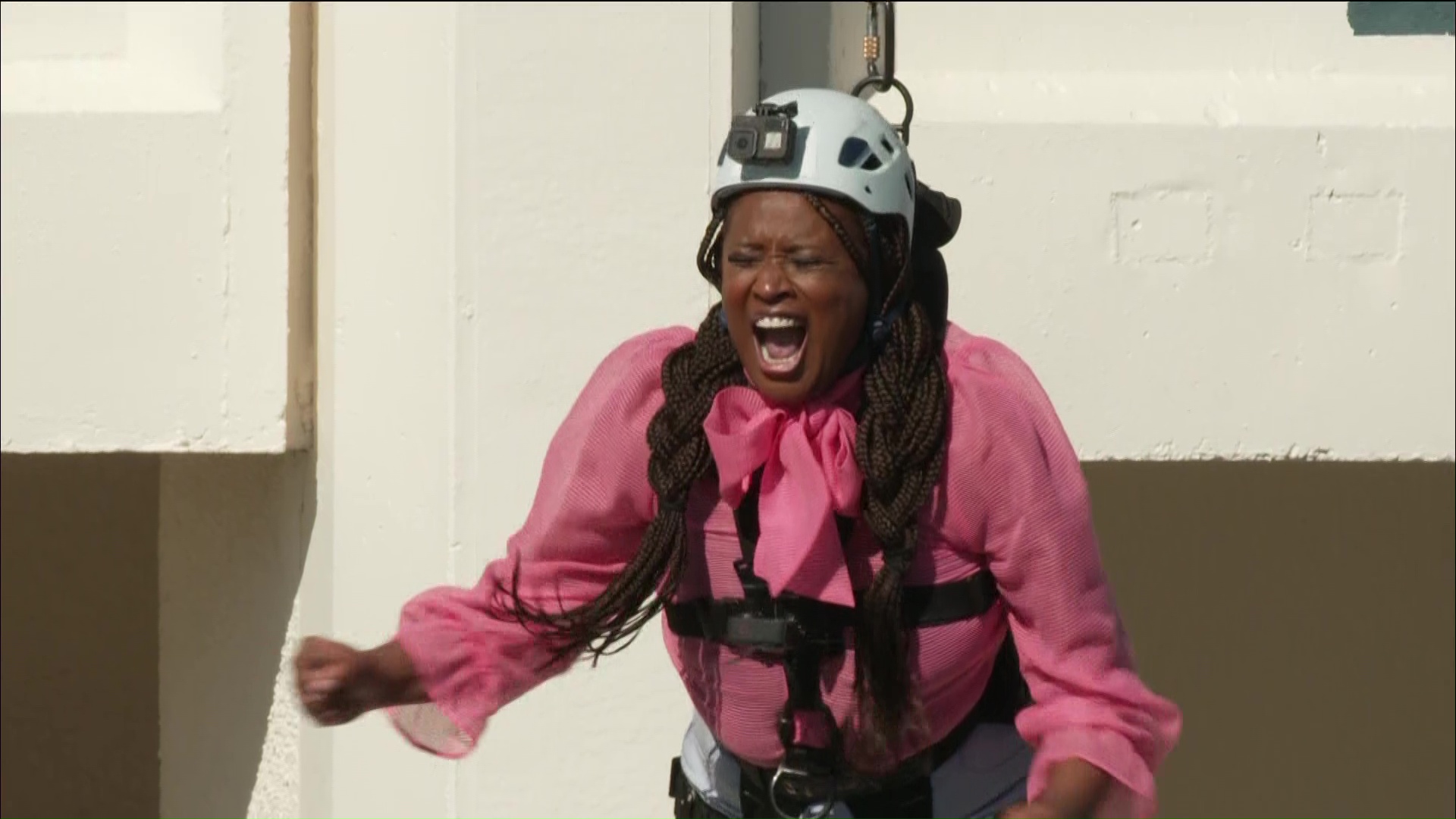 Charlene had to walk a plank off a top of a buildingCredit: ITV 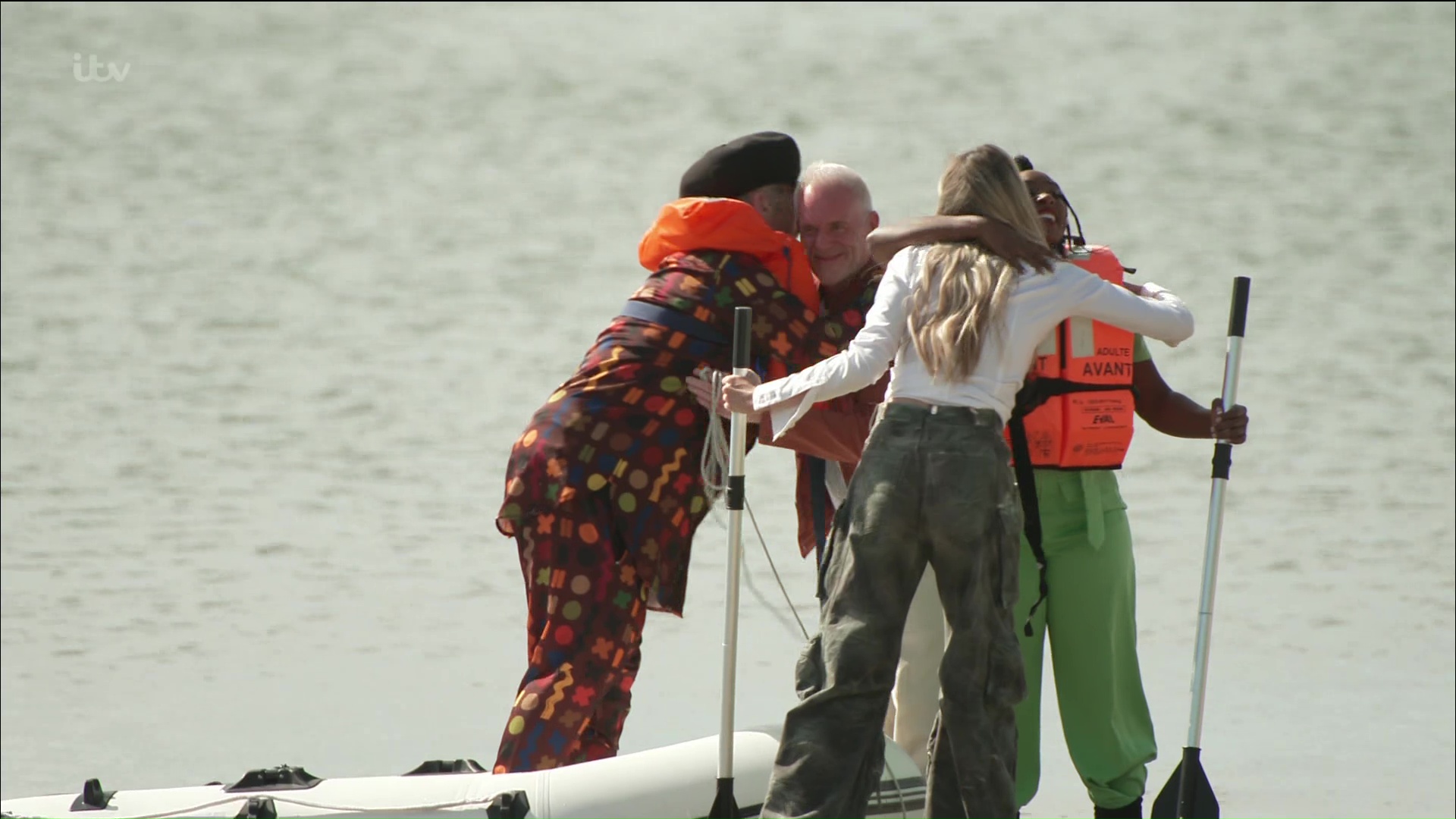 Boy George and Scarlett simply had to row their boat ashoreCredit: ITV