BLOODLANDS viewers have been left shocked after a HUGE plot twist revealed who assassin Goliath really is.

The BBC thriller follows James Nesbitt’s character Detective Tom Brannick as he investigates a series of disappearances that took place during the Troubles in Northern Ireland.

*Spoilers ahead for Bloodlands episode two* 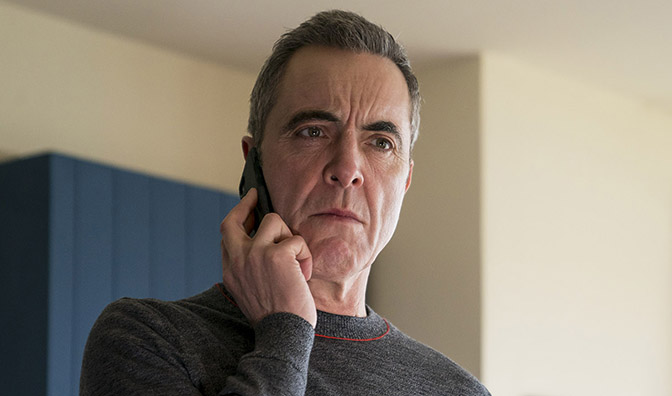 Bloodlands viewers were shocked by a major twist at the end of Sunday’s episodeCredit: BBC

The disappearances are linked to ‘Goliath’, a mysterious assassin who also happens to be the murderer of Tom’s beloved wife, Emma.

The second episode of the series had many twists and turns as the bodies found at the end of episode one were identified.

One turned out to be a priest, who was the father of Tom’s daughter’s university lecturer, while another was the brother of an elderly man called Adam Cory.

Adam had been wanting the police to reinvestigate the complex case around his brother’s death for years, and in the latter part of the episode, Tom figured out he had been involved in Goliath’s seeming ‘return’. 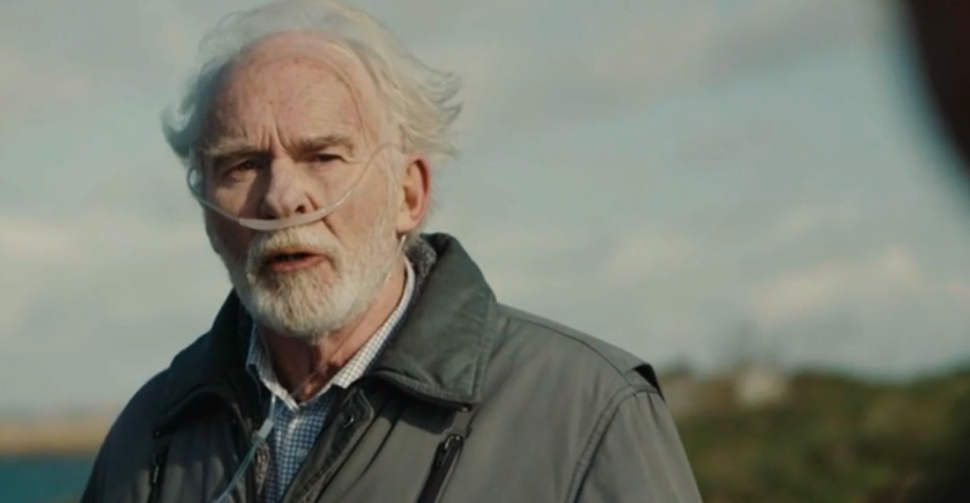 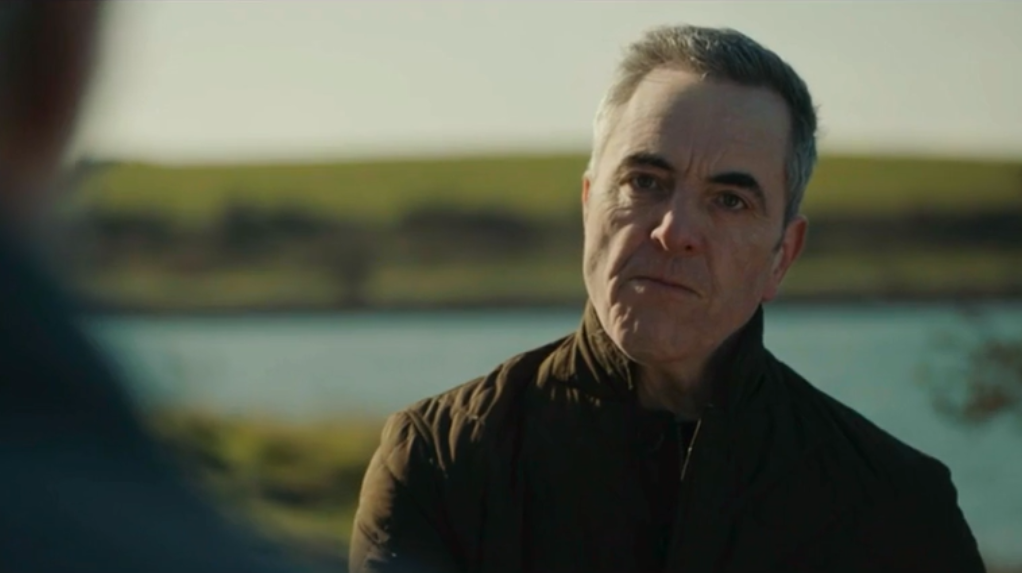 Paying him a visit, he promised Adam he would take him to his brother’s grave if he told him who Goliath was and who he had been meeting with to discuss the assassin’s potential identity.

Adam agreed, and the pair headed over to the small island where his brother’s body had been found.

But talk soon turned to Goliath again and Adam told Tom about a necklace his brother had been given by his lover, which had an E initial on it.

“My brother had an affair with another man’s wife, they were in love,” he said, before he appeared to realise something. 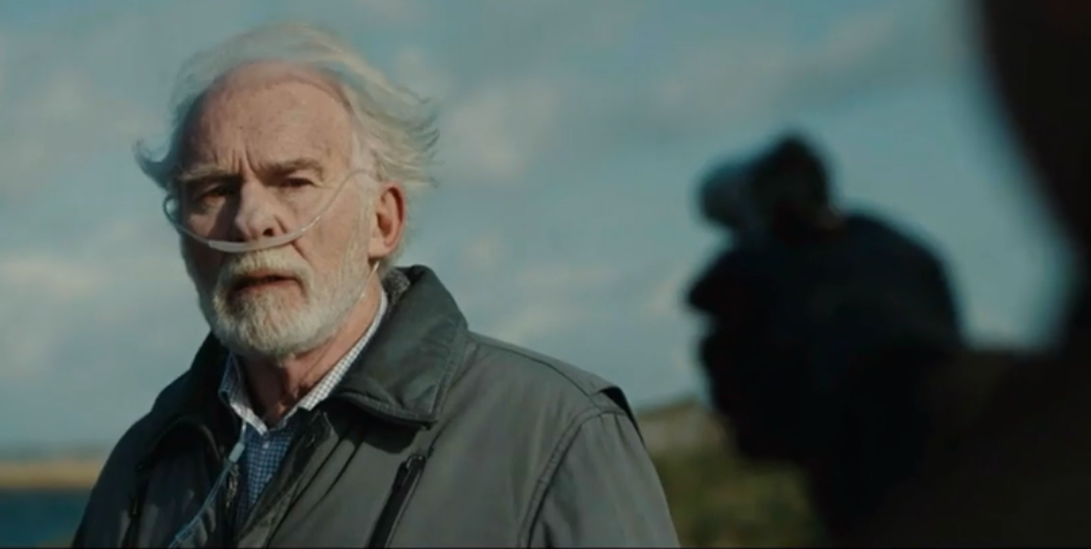 Adam revealed his brother had had an affair with Tom’s wife, and asked if he was Goliath 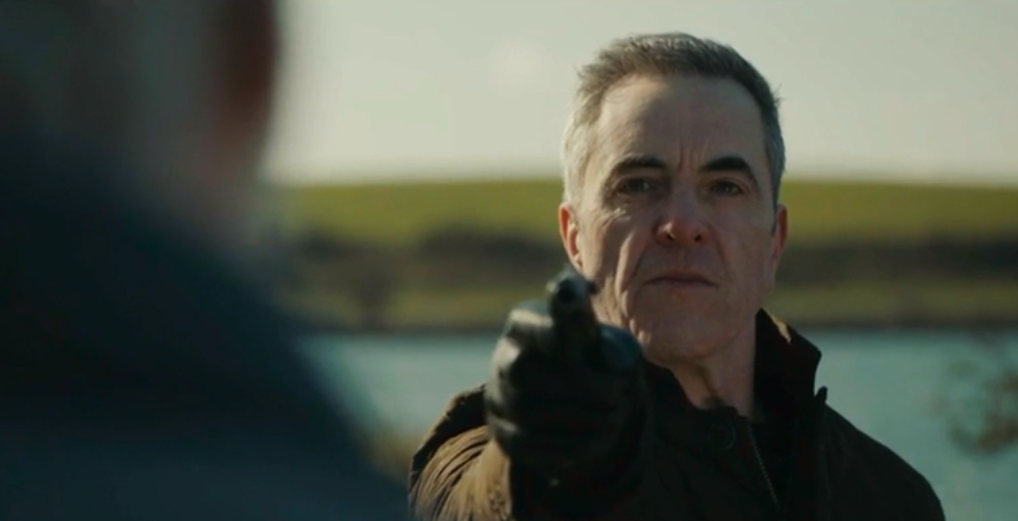 Tom then pulled a gun on Adam in a shock twist

He asked Tom: “Would you want Jackie to kill my brother or was it you, were you Goliath?”

Viewers were left openmouthed when Tom then pulled out a gun and pointed it at Adam, telling him to stop talking.

Adam revealed he was recording the conversation in the hope of getting a confession out of Tom, but the policeman told him: “No one will ever hear it.”

Tom then pulled the trigger and shot Adam, and as he fell to the ground, it appeared to confirm that he was the corrupt officer who had killed the three victims after all.

Viewers couldn’t get over the shock twist, with one writing on Twitter: “All those people who said ‘nah’ last week, ‘slow’, ‘boring’! No one saw that plot twist coming did they? #Bloodlands.”

Another added: “Damn #Bloodlands was not expecting that ending.”

A third tweeted: “I gasped when I first watched the big #Bloodlands twist. Looks like everyone else did too! What?!?!”

Bloodlands continues on Sunday, March 7 at 9pm on BBC One.