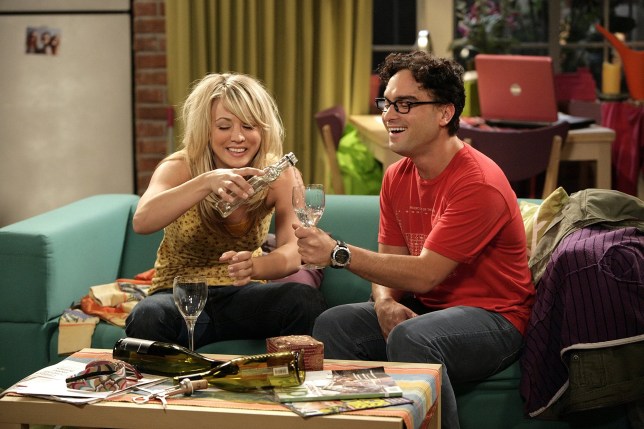 The Big Bang Theory love is still going strong between Johnny Galecki and Kaley Cuoco after the actress received a Golden Globe nomination for her stellar performance in The Flight Attendant.

Kaley not only stars in, but produced the HBO Max series, widely hailed as one of the best shows of 2020.

Still, no one was more taken aback when the full list of Golden Globe 2021 nominations was announced yesterday and Kaley’s name appeared in the Best Performance by an Actress in a Television Series – Musical or Comedy – category alongside Lily Collins for Emily in Paris, Elle Fanning in The Great, Jane Levy in Zoey’s Extraordinary Playlist and Catherine O’Hara in Schitt’s Creek.

‘Thank you @goldenglobes #hfpa I will never ever forget this moment and I can’t stop crying … so proud of my entire team @flightattendantonmax!!!!! YES NORMAN!’ Kaley wrote alongside a vieo of herself bursting into tears.

Commenting below the video, Johnny wrote: ‘Congratulations, Mooks!!! So well deserved!!! (I guess I need to watch it now.) XO!!!’ 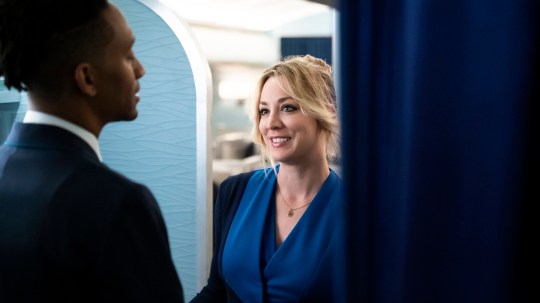 Kaley received a Golden Globe nomination for her performance in The Flight Attendant
(Picture: AP)

Sheldon Cooper actor Jim Parsons also followed with: ‘I can’t believe you captured this! ha !!!! so fricking great congrats congrats and what a great video!! Hah.’

The Flight Attendant follows Cassie (played by Kaley) who wakes up very hungover after a particularly messy one night stand to find the man she slept with has been murdered and she has no idea if the blood is on her hands.

While Kaley was among the well-deserved nominations, the snub list is perhaps the most shocking in Golden Globes history with Michaela Coel’s I May Destroy You failing to get recognised at all, while Paul Mescal was also overlooked for his performance in Normal People.

The Big Bang Theory is available to stream on Netflix UK. The Golden Globes take place on Sunday February 28.