David Walliams playfully teased his exit if his golden buzzer act doesn’t make it through to the final (Picture: REX/Getty)

David Walliams is pleading with Britain’s Got Talent viewers to vote for his golden buzzer act Born To Perform because if they don’t, he might quit the show.

The Northampton based dance group whose members have various disabilities delivered an energetic performance in Monday’s first live-semi final.

After their audition wowed judges Simon Cowell, Alesha Dixon, Amanda Holden and David, the 50-year-old funnyman had no doubt that his chosen group would deliver another upbeat routine.

‘I’m so pleased for you, I’m so proud I got to press the golden buzzer for you,’ David told the group after their performance.

‘It was full of joy, full of love, full of passion and it’s the way you want the world to be.’

He added: ‘If you’re not in the finals on Sunday then I’m leaving the show.’ 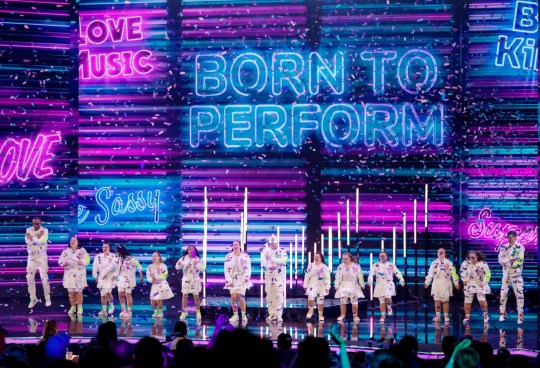 Born to Perform were given the golden buzzer by David (Picture: REX)

Clever tactic to bring in the votes David!

Fans immediately took to Twitter and praised the group for radiating positive vibes.

‘Flicked onto BGT by chance, just watched Born To Perform.

‘Absolutley love seeing more people with disabilities getting the opportunities they so rightly deserve,’ one person wrote.

‘Born to perform are melting my heart, superstars,’ another added.

‘You can’t help but smile with these guys #borntoperform. I think these guys will get to the final,’ a third person tweeted.

Elsewhere singer Mel Day kickstarted the live show with a medley of soul classics, while comedian Suzi Wild had the judges in stitches after she impersonated presenter Lorraine Kelly, Stacey Solomon and Alan Carr.