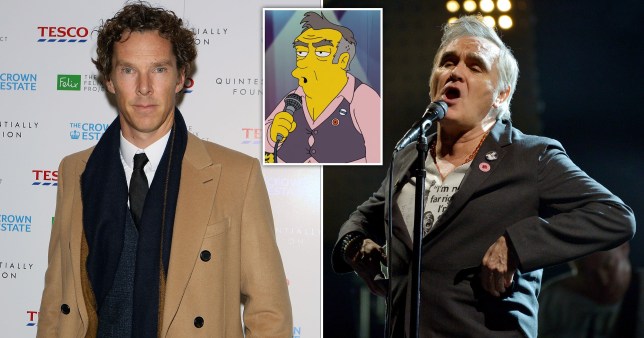 The Simpsons had a character reminiscent of Morrissey (Picture: Fox/Getty Images)

Morrissey’s manager Peter Katsis has slammed Benedict Cumberbatch for voicing a character on The Simpsons that had similarities to the singer.

He was a depressed British musician from the 80s, a militant vegetarian and lead singer of the indie band The Snuffs, who resembled the former frontman of The Smiths.

The episode kicked off with Lisa going out on the town with her stylish new imaginary friend, reminiscent of Morrissey’s 80s aesthetic.

It closes with Lisa seeing the real Quilloughby onstage, who has morphed into a complete caricature. Far from what she envisioned, Quilloughby has a round belly poking out from his shirt, has become greedy and has a penchant for problematic comments.

Although the initial Facebook post calling out the character was originally attributed to Morrissey, Peter revealed it was he who posted the statement. 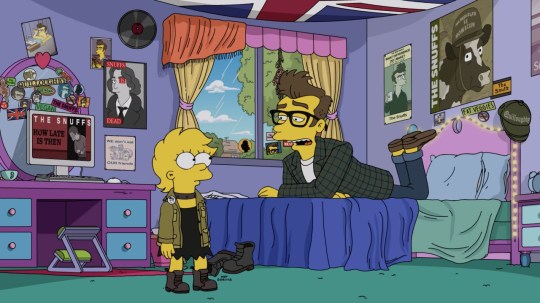 In a follow-up post on Facebook, the manager said he’d been ‘thinking more’ about ‘this Simpsons bullsh*t’ and questioned why Benedict agreed to take on the role.

‘Could he be that hard up for cash that he would agree to bad rap another artist that harshly?’ Peter penned.

‘Clearly he would have read the outline or script before he took the gig. Could he actually be as big an assh*le as the people on The Simpson’s writing team? and the FOX team? Apparently so.’

He finished the post by saying that Benedict should ‘speak up and tell his side’ of the story, before asking: ‘Does he even have enough balls to do that?’

The manager didn’t end there, as he also blasted mediaoutlets for ‘using false facts to try and support more meaningless stories’ and ‘gain attention’.

The Simpsons is available to stream on Disney Plus in the UK .