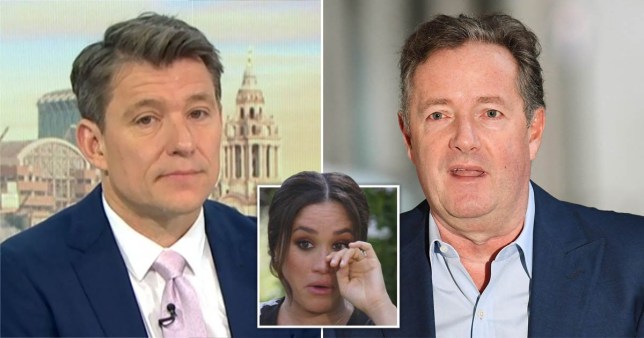 Ben Shephard is ‘tipped to replace Piers Morgan’ on Good Morning Britain, it has been claimed.

The 55-year-old announced his departure from GMB last week, after his outburst regarding Meghan Markle’s bombshell interview sparked an instant backlash.

Appearing on the ITV series, he told viewers he didn’t ‘believe a word’ the Duchess of Sussex said  as she opened up about her mental health and suicidal thoughts – leading to 57,000 Ofcom complaints.

At the time, the corporation confirmed his exit with a brief statement, which read: ‘Following discussions with ITV, Piers Morgan has decided now is the time to leave Good Morning Britain. 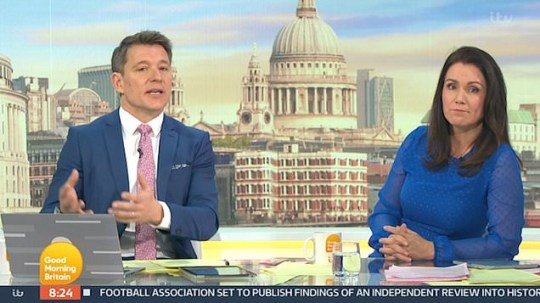 Ben has appeared alongside Susanna Reid this week (Picture: ITV)

And an insider has suggested that this could be a permanent changed going forward.

‘ITV and GMB bosses were totally unprepared for Piers going. Obviously the circumstances were out of the blue and nobody had a back-up plan,’ a source told Mail On Sunday.

‘Ben, who is adored by the staff and much of the audience, stepped in and the thought is now that he will work long term. 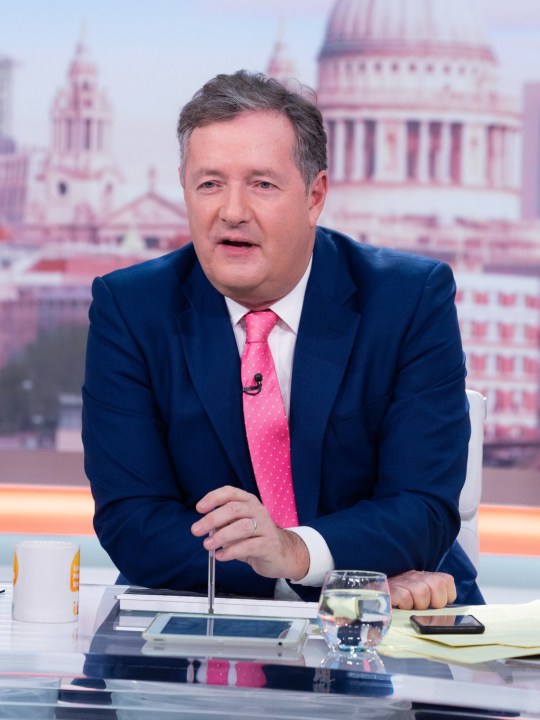 Piers Morgan has yet to announce his new move (Picture: ITV)

‘He certainly isn’t like-for-like for Piers, but then who is?’

However, ITV has not revealed any plans to replace Piers just yet.

Since his exit, fans have been campaigning for his return to the show, with thousands of fans signing petitions calling for his comeback.

While the Life Stories host has yet to share news of his next venture, he has ruled out a return to GMB.

‘I won’t be going back, but thanks to everyone who has signed these petitions,’ he said in a tweet addressing the support.

‘Normally, people start petitions to have me fired or deported, so this is a pleasant surprise.’

Teenager raped girl in front of other children at house party