No one is going to accuse Ben Aldridge of dialling in his starring role in ITV crime drama The Long Call.

If ever an actor was born to play a part, it’s Aldridge – the role of DI Matthew Venn rings uncannily true to his own life.

‘I couldn’t not do this,’ declares the 35-year-old on Zoom. ‘As an actor you are always very interested in playing things that are very different from you. But with Matthew it was really refreshing to play someone who shares the same sexuality as I do and to really explore that. I’ve been wanting to do that for a while and this felt like the right time.’

The Long Call, a gripping tale screening all this week, is the first project Aldridge took on since coming out last year but it wasn’t just the opportunity to play a gay detective that resonated strongly with him. 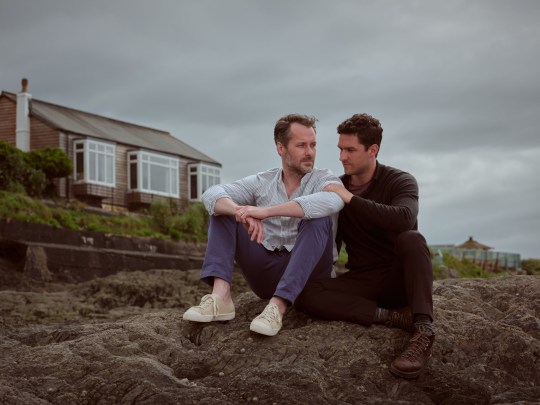 Set in Devon, where Aldridge hails from, the story, based on a novel by Vera author Ann Cleeves, revolves around a murder connected to a religious community, an environment he knows from first-hand experience.

‘It’s a fictionalised version of a denomination of Christianity, the Brethren church, and both my parents were raised by that denomination,’ he says. ‘I wasn’t raised that way.

‘My parents left the church when they met and they raised me as a kind of evangelical Christian but there was a lot of crossover between me and Matthew.

‘I was able to tap into a lot of family history and talk to my parents about a lot of their childhood experiences. Matthew and I are very different, personality-wise and energy-wise, but there were quite a few times when I had to tell myself, “We’re not telling Ben’s story, we’re telling Matthew’s story!”’

Ben’s story has to some extent been built around matinee-idol good looks, which have landed him heart-throb status roles in hits Lark Rise To Candleford and Our Girl, and saw him being flirted with by Olivia Colman as Fleabag’s lover.

Did he worry that coming out might have an impact on his career? 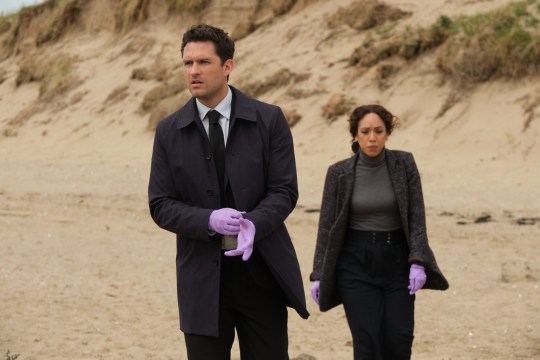 ‘But the landscape has changed now, absolutely. Does that have something to do with how comfortable I feel about coming out, about who I am? Yes, I think it does. It’s a journey and everyone will be at a different part of that journey and it’s not up to anyone else to judge.’

‘I think, for me, it just felt like something I had to claim for myself and, really, my feeling was that if it was going to impact my career in a negative way, then so be it. If people weren’t going to hire me because of it then I don’t want to work with them.’

To its great credit, ITV has not made a gimmick of Venn’s sexuality. But, still, it’s a gay cop fronting a primetime drama. Can that really be a first?

‘I haven’t done the Google myself but I’ve spoken to people who have and it does seem extraordinary, doesn’t it?’ he says. ‘I think this is the first queer-led mainstream detective drama in the UK [we’re speaking before the bi-curious Vigil has aired] and in that way it’s very important, it’s very progressive. 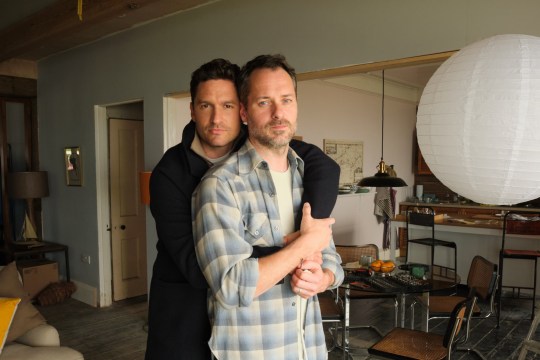 DI Venn’s relationship with this partner Jonathan is a focal part of the series (Picture: Joss Barratt)

‘His relationship with his partner Jonathan is a very strong foundation in the piece, whereas in a lot of dramas relationships are where the tension comes from.’

If there’s one regret Aldridge had about making The Long Call, it was that he was denied his Daniel Craig-Bond Speedo moment. DI Matthew is a keen wild swimmer, which called for plenty of offshore action powering through the Devon waves.

‘When I first got the script I thought, “Ooh, there I’ll be, in my trunks… better get
the body ready!”’ he says ‘And then, of course, it was all in a wetsuit.

‘But really, spending all day filming swimming in the sea in Devon? It doesn’t get better than that!’

The Long Call continues on ITV tonight at 9pm. Catch up on ITV Hub