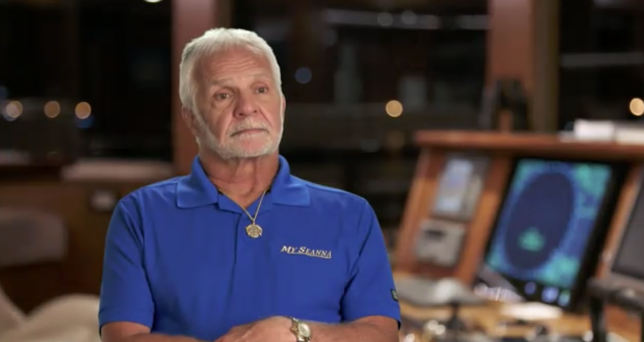 Captain Lee opened up about his son’s tragic death on Below Deck (Picture: HayU)

Captain Lee Rosbach had an emotional moment on the latest episode of Below Deck, when he opened up about his son’s death.

On a new installment of the boat-based reality show, he discussed facing such heartbreaking grief, during a heavy dinner with charter guests – who had lost their daughter in similar circumstances.

‘He had demons that I couldn’t fix,’ he told them. ’It’s a terrible feeling for a father to have.

‘It helps to talk to somebody that’s been there, and knows what I feel.’

When asked how his wife, Mary Anne, was coping, the Captain simply replied: ‘Not well.’ 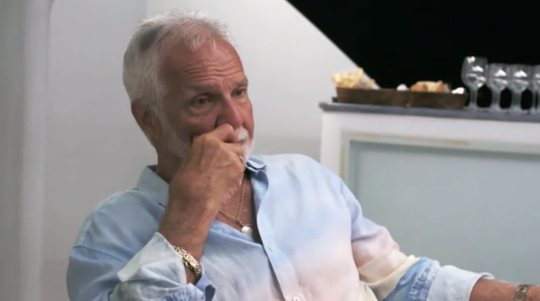 Captain Lee was left emotional at the dinner (Picture: HayU)

Captain Lee promptly left the dinner table, and took a minute to compose himself in his cabin.

He was heard giving himself a pep talk, in an attempt to ‘pull it together’.

Returning to the table, the Bravo favourite told the guests: ‘Every day is a battle, and a struggle.’

‘Sometimes you realise that you have to confront the elephant in the room, as difficult as it may be,’ he continued to the camera.

Ok peeps, tough one tonight, and I am beat. Gym in the am, and to anyone I missed, will do my best to catch you on the flip side.

‘I don’t believe in closure, because there isn’t closure. But, given enough time and assistance, you can probably develop skills to cope with it better. I know I have to.

‘I have other people that depend on me, and need me to take care of them.’

‘There’s a hole there that will never be filled,’ Captain Lee previously told People. ‘The person that said time heals all wounds is full of s**t. It really doesn’t.

‘You might get better coping with it, but it never goes away.

‘It’s never out of your mind. It’s always there. There are some 200 kids a day that die from this, and we just don’t do a damn thing about it.’

Following the tragedy, the reality star and his family have honoured his memory by creating a scholarship in his name.

Through this, they provided free treatment to someone in need, to prevent another family from going through the same heartache.

Below Deck season eight airs on Mondays in the US, and is available to stream on Tuesday on HayU.