The 55-year-old actor was the last of five celebrities to have a go against the show’s Chasers on Saturday night. 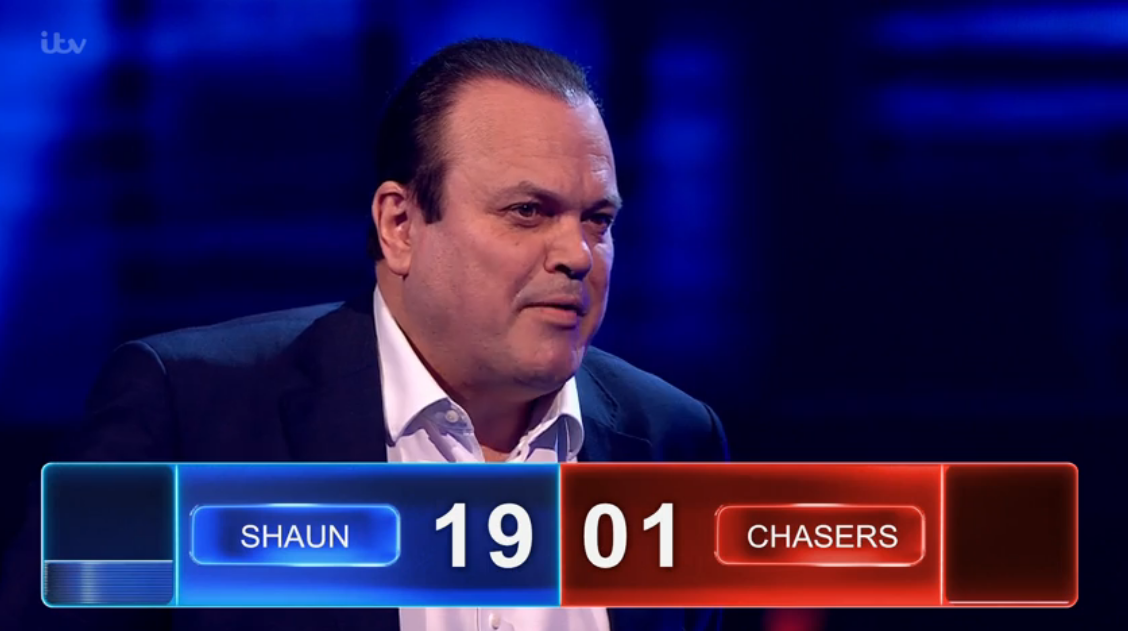 Shaun, who played Barry Evans in EastEnders, was described as a “real opponent” by Jenny ‘The Vixen’ Ryan and that certainly turned out to be the case.

After answering his first round of questions, Shaun was then given options on how many Chasers he wanted to take on.

The bold star opted to take on all five Chasers for a whopping £120,000 for his chosen charity, with him having 60 seconds and the brain boxes having 45 seconds.

Despite the pressure, Shaun remained calm and answered his questions well, ending up winning the huge amount of money with an impressive 15 seconds to spare.

Shaun, 55, was playing for charity 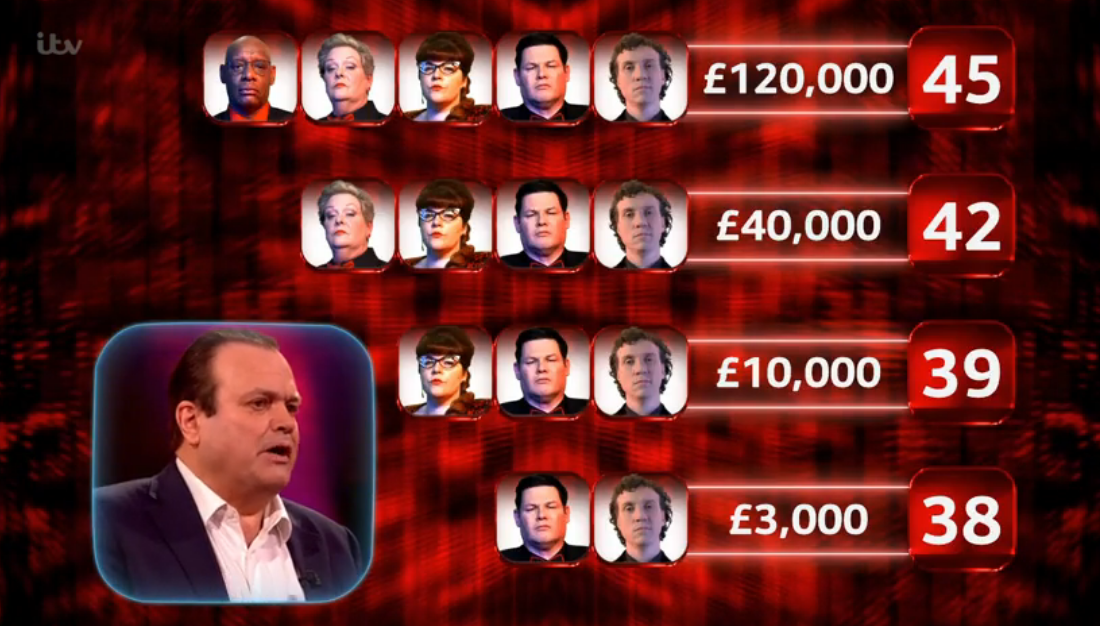 He decided to be bold and take on all five Chasers 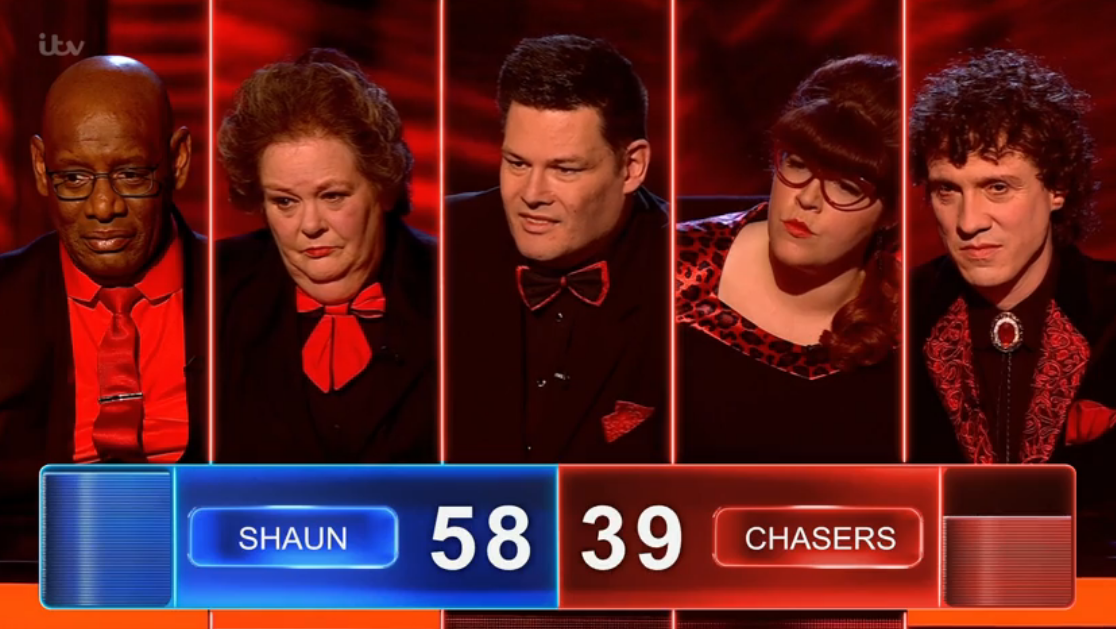 As gold confetti burst all around Shaun as he jumped for joy, host Bradley Walsh told him: “That was great, what a performance that was. Absolutely tip top.”

He asked Shaun how he felt and the actor replied: “Honestly, inside I’m dancing.

“It means so much to the charity, thank you so much to everyone. They’re going to be so over the moon. It’s going to help so many people. Thank you.”

The Chasers applauded his efforts, as did the viewers at home with one writing on Twitter: “Barry from Eastenders winning £120k for charity. What a legend.” 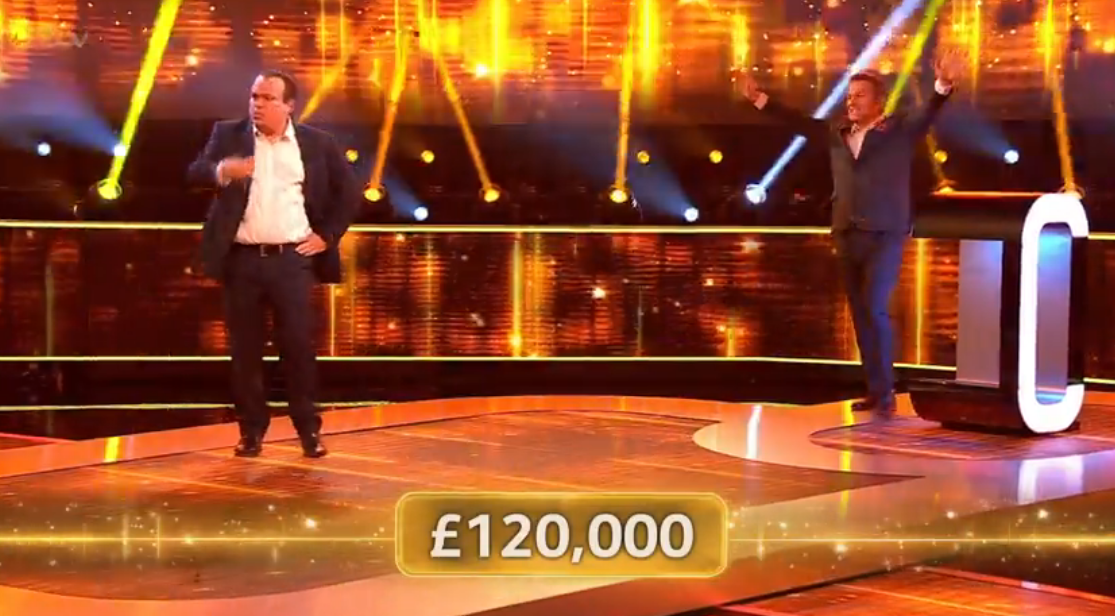 Viewers were delighted for him

A third tweeted: “Brilliant performance from Shaun. It was always worth going for the big offer, and he thrashed them in the end.”

Beat The Chasers is available on ITV Hub.