BEAT The Chasers host Bradley Walsh went flying off the handle during Saturday’s quiz after a question was too easy.

Loose Women’s Brenda Edwards, who was raising money for Women’s Aid, appeared on the show against all five of the brainiacs quizzers. 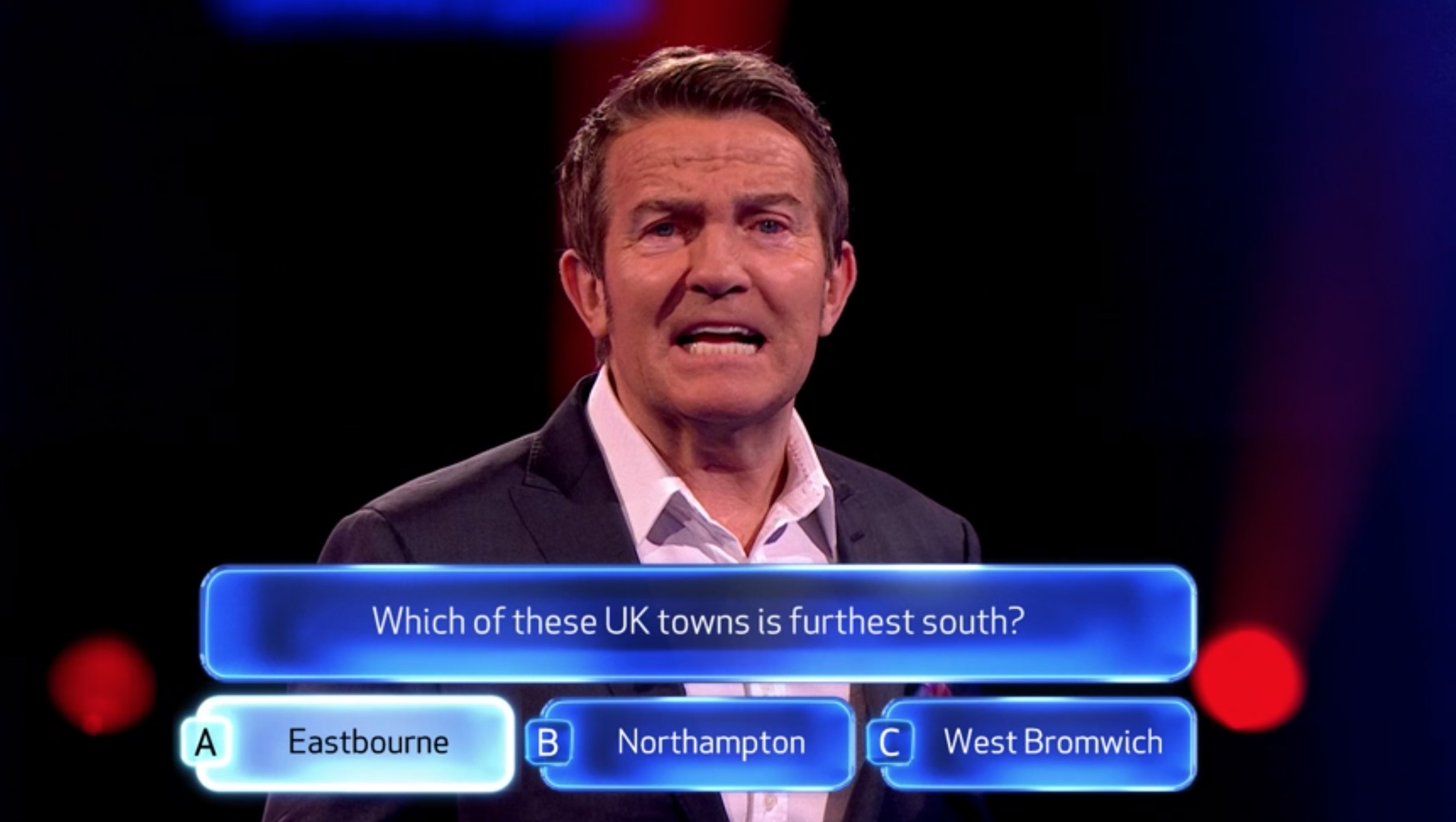 Bradley was shocked by how easy the question was

In her cash builder, she was asked: “Which of these UK towns is furthest south? Eastbourne, Northampton, West Bromwich.”

Picking the only option that was by the sea – Eastbourne – Brenda landed herself some extra cash, but Bradley made it clear he thought the question was ridiculously easy.

“What sort of a question is that?” he raged. “Eastbourne, Northampton or West Bromwich?!

“How far does the tide come in in Northampton or West Bromwich? 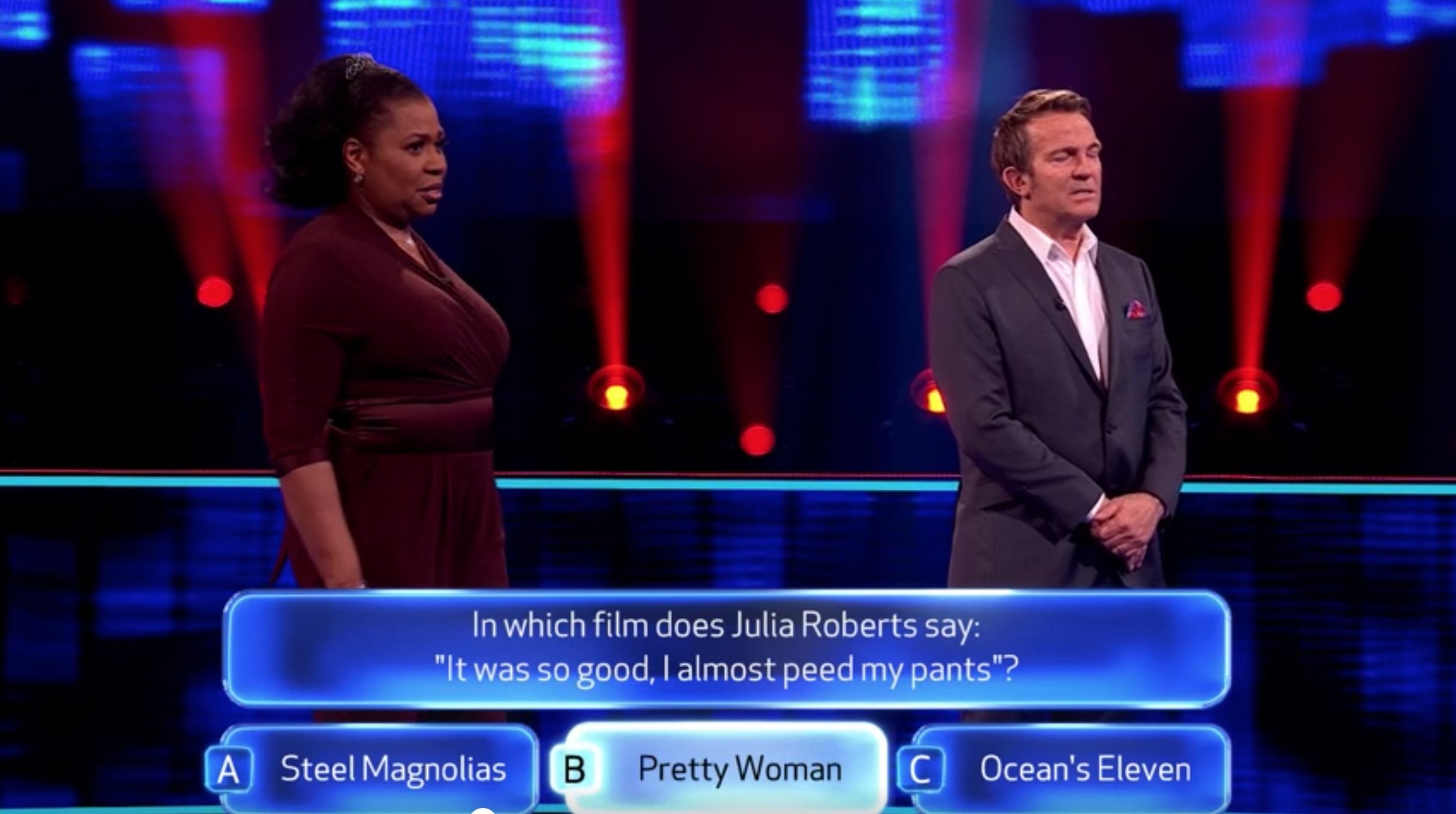 Brenda was trying to raise money for Women’s AidCredit: ITV 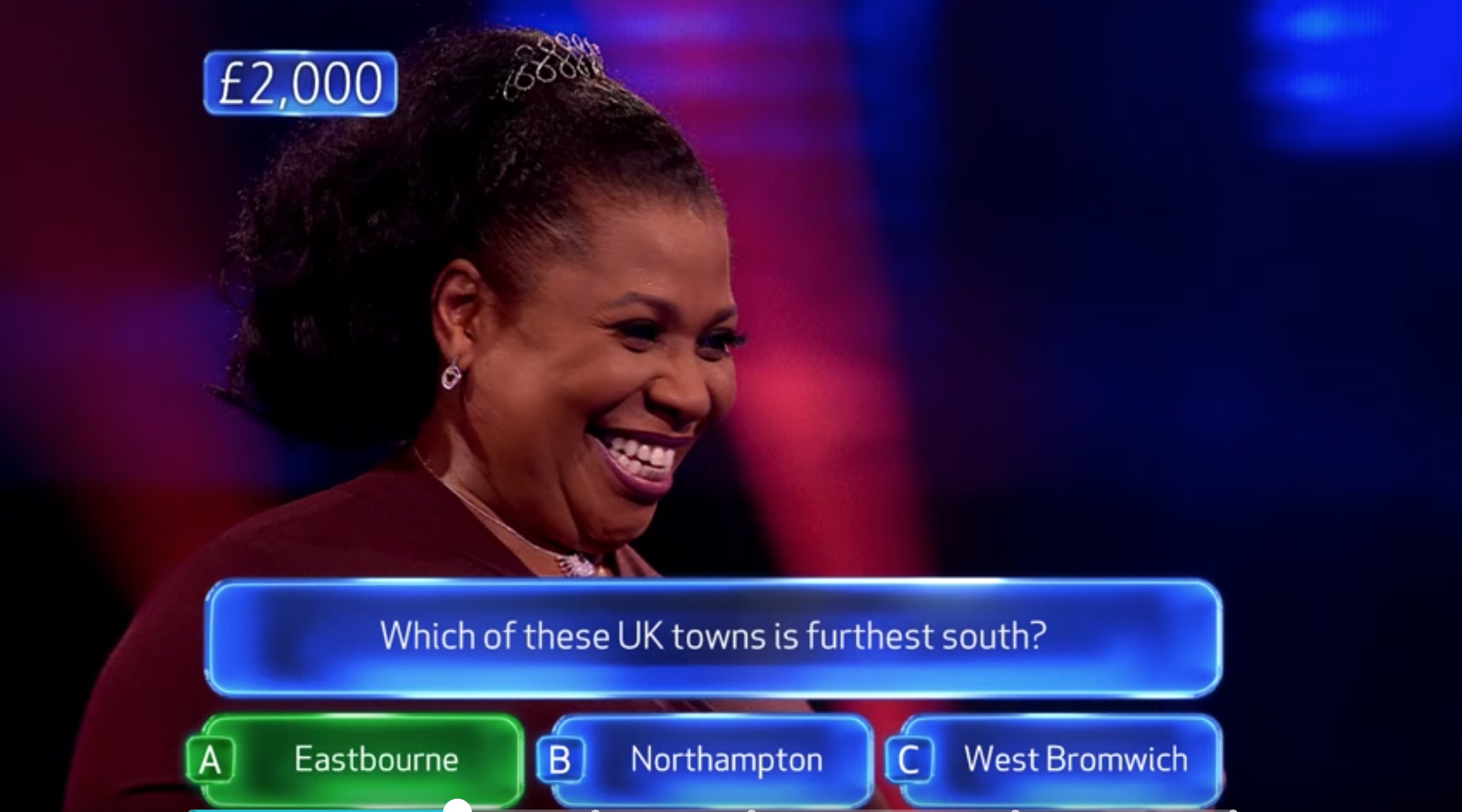 Brenda was more than happy to take the winCredit: ITV

“Are you kidding?! That’s a joke isn’t it? Is that the right answer – You betcha!”

Brenda went on to the final lap where she chose to face three of the chasers in a head-to-head, timed lightning round for a chance at £10,000.

All she had to do was make sure she beat the clock and let the Chasers run out their time before her.

However, unfortunately going up against Darragh Ennis, Jenny Ryan and Anne Hegerty, she ended up going home empty handed. 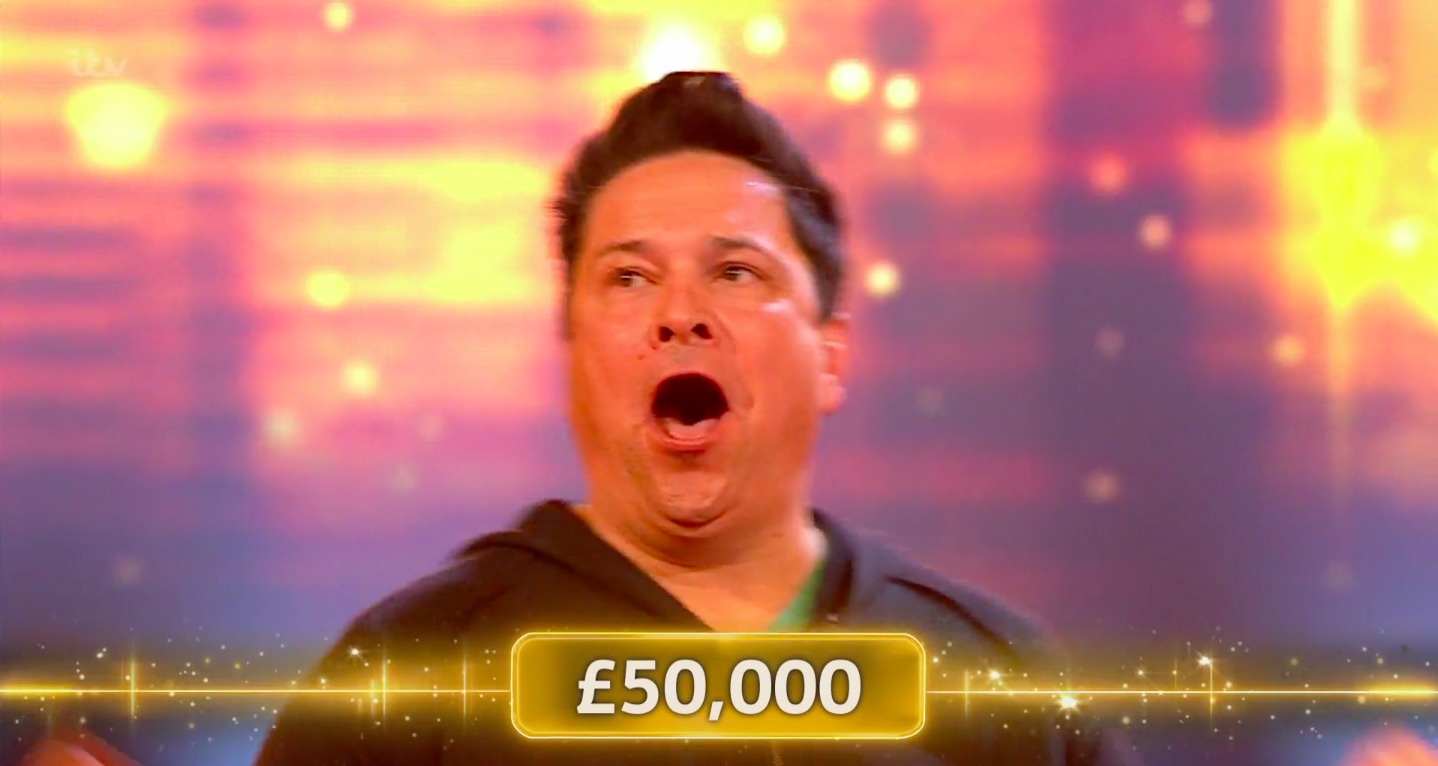 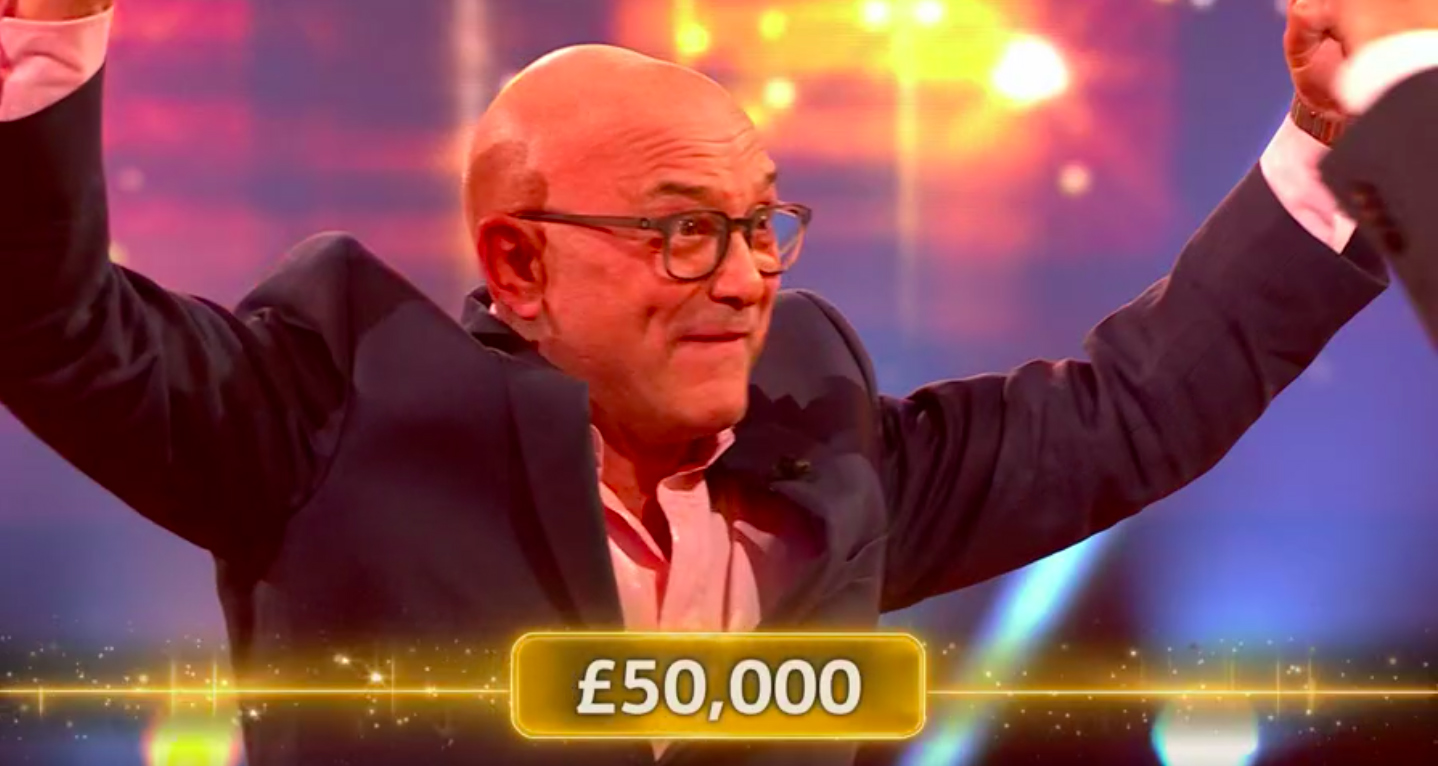 Gregg landed the second major win of the night

Elsewhere on the show, Dom Joly managed to land a mega £50,000 windfall for his charity after beating the chaser after they got stuck on an EastEnders question.

The funnyman confessed: “I did not see that coming. I’m just so happy!”

The star then said to the quizzers: “I know you’re upset but that money is going to something that really seriously needs it.”

Gregg Wallace then followed suit – winning another £50,000 for the Matt Hanson Foundation.