The Great British Bake Off is bake for its 12th series ({icture: Mark Bourdillon/Love Productions)

The Great British Bake Off has already delivered some delicious treats – and crumbling disasters – in its first two weeks.

IT professional Jürgen is the one to beat after being named Star Baker two weeks in a row, but anything can change as the challenges set by judges Paul Hollywood and Prue Leith put all the remaining contestants to the test.

The pressure in the Bake Off tent can prove testing, but the bakers do get the chance to practice their signature and showstopper bakes ahead of recording the episode.

What is the Bake Off practice tent? 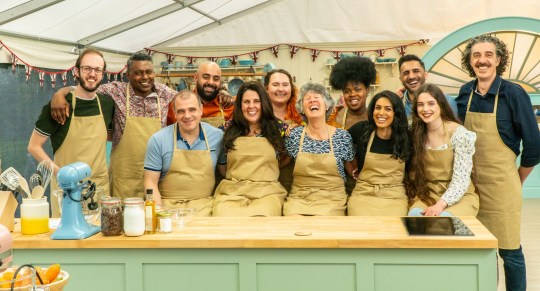 The bakers do get a chance to practice for each week’s challenges (Picture: Mark Bourdillon/Love Productions)

The practice tent is what it says on the tin – a place for the bakers to have a go at their week’s bakes before the cameras start rolling.

While the technical challenge is left as a surprise for the bakers on the day, they do get offered the chance to practice their signature and showstopper bakes.

In the previous series, contestants would have been able to prepare for each challenge in their own homes.

But, much like last year’s series, the bakers have had to form a ‘Covid-free bubble’ in order to film the new episodes.

This means a practice tent was introduced at the shooting location near the Bake Off tent itself, which is situated at the grounds of Down Hall in Hatfield Heath, Essex.

But based on viewers’ reactions to contestant Lizzie’s mention of the practice tent during week two, not many fans seem to have been aware of its existence.

There’s a practice tent?! Why have I not heard about this before now? #GBBO

Despite the shock to some viewers. glimpses of the practice tent did feature during the companion show Extra Slice in last year’s series.

Rowan Williams – a contestant on the 2020 series – spoke with Metro.co.uk about the production of the show and the Covid guidelines in place last year and also mentioned the use of practice tents.

‘They set up practice kitchens in other tents for us. It was a bit like a Nightingale hospital’ he said.

‘They did their very best, but the facilities were quite basic and sometimes didn’t have hot water. You had to do your own cleaning up and we had very limited time to practice too’’ he added.

How much time do contestants get to rehearse their bakes? 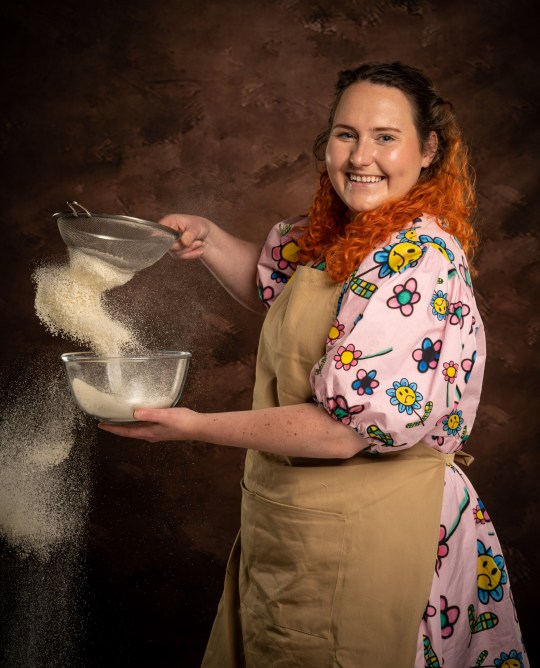 Lizzie did have a confession to make about her use of the practice tent (Picture: Mark Bourdillon/Love Productions)

While the exact amount of practice time allocated to each contestant is not known, you would think the hopeful bakers would want to use as much time as possible to reduce the risk of failure.

But Lizzie did admit that she decided to watch Harry Potter instead of spending some time practising – so we can assume it’s at least two hours!

Rowan did also reveal that the bakers worked on a ‘two days on, two days off’ basis to shoot an episode last year in the similarly designed Covid-free bubble, leaving just a few days in between to practice next week’s bakes.

Contestants do have a good idea of what they’ll be baking ahead of time though, as they have to supply the show’s food producer with every signature and showstopper recipe for the series when they successfully make it into the line-up.

‘You’re given a brief for two challenges — the signature challenge and the showstopper. It’s very detailed on what you need to deliver,’ said 2018 competitor Antony Amourdoux to Insider in September.

‘We get four weeks to come up with the recipes for the challenges, which didn’t seem like a lot of time at all’ said Chetna Makan – semi-finalist in 2014 – to Digital Spy.

‘Four weeks to come up with nine weeks’ recipes, so 18 recipes’ she added.

That’s a lot of ingredients to keep track of, so anytime practising must surely be welcome – unless of course, Harry Potter is on TV.

The Great British Bake Off is on Tuesday nights at 8pm on Channel 4.