The Great British Bake Off’s Freya Cox was branded an ‘icon’ and a ‘mood’ in Tuesday’s first episode as she won over fans with her straightforward admission that she’d ‘eat cake of the floor’.

The 19-year-old, who is the show’s first vegan baker, discussed her first showstopper of the series with host Noel Fielding, as she baked an all-vegan chocolate sponge filled with kirsch cream and cherry jam.

Excited by the taste of the recipe, the student said: ‘Honestly, when I first made this chocolate cake, I thought it was the best chocolate cake that I’d had – I don’t think you’d know that it was vegan.’

Without missing a beat she then added: ‘But I’d eat cake off the floor, so I feel I’m probably not the best judge of that really.’

Viewers were immediately won over by Freya’s honesty as they flocked to agree with her. 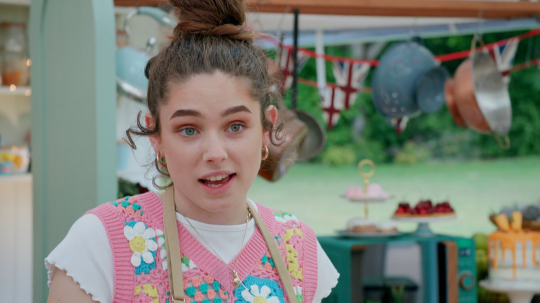 Freya for the win #gbbo purely for âwhat would I know, Iâd eat cake off the floor.â

âIâd eat cake off the floorâ

âIâd eat cake off the floor.â Is a definite mood. Surprisingly relatable from Freya #GBBO

âThis is the best chocolate cake Iâve ever hadâ¦ but Iâd eat cake off the floor, soâ¦â.

‘”I’d eat cake off the floor” FREYA IS A MOOD,’ emphasised one.

‘Freya is an icon already’ stated one viewer, and another announced that the teenager ‘speaks for us all’.

As a Bake Off fan labelled Freya’s floor cake eating ‘the representation I deserve’, another joked that she was ‘channelling all students everywhere’.

Although she lost out on star baker in the first episode to Jürgen, this series’ youngest baker still got plenty of praise from the judges and was one of the strongest contestants in the episode. 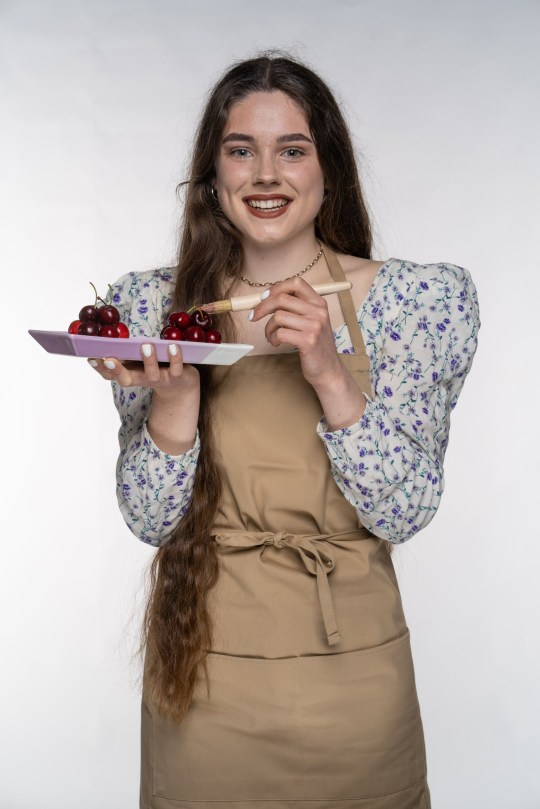 Freya eating cake off a plate, not the floor (Picture: Mark Bourdillon/Love Productions)

The vegan teenager posted a caveat to her Instagram on Monday ahead of the episode airing, writing: ‘[I] wanted to add a small disclaimer before the episode, I was desperate to show the world vegan baking is just as exciting with the hope to inspire people to give it a go.

‘For obvious reasons I wasn’t able to change the technical challenge as it would mean the whole show was unfair.

‘Sorry if this is disappointing to hear but once the show has finished I have plans to Veganise the recipes for you all, so I hope this makes up for that.’

The keen baker excelled in the episode’s technical challenge despite being confined to non-vegan ingredients, and came second out of 12 in the task with her malt loaf.

The Great British Bake Off airs Tuesdays at 8pm on Channel 4.