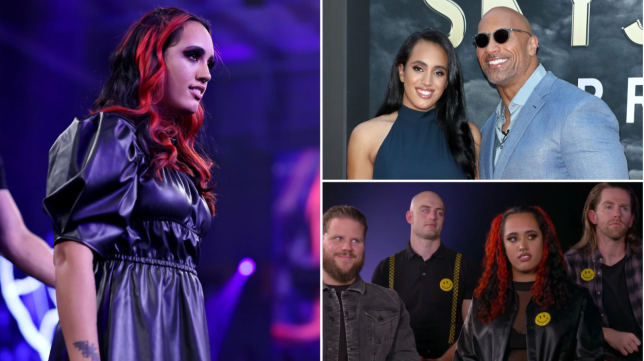 Rising WWE star Ava Raine has dismissed questions about dad Dwayne Johnson’s opinions regarding her words on this week’s episode of NXT.

The 22-year-old wrestler – who followed in The Rock’s footsteps with her first official appearance on WWE TV last week as she joined the Schism group led by Joe Gacy – spoke more in character on Tuesday night explaining her decision to align with the on-screen villains.

‘Everyone thought they knew everything, but I showed them that they no nothing,’ she said.

‘I’ve been around WWE my entire life, and nobody ever took the time to get to know me, until I met Joe [Gacy], Rip [Fowler] and Jagger [Reid]. They were the only people who took the time to see the real me.’

She referenced a legitimate injury she suffered after first signing with WWE in 2020, and insisted Gacy was the one who got in touch to check on her recovery.

‘It was so bad that I had to undergo surgery. You know who texted me? You know who called me? This new guy – Joe Gacy. I didn’t hear anything from people who claim to know me for years,’ she added.

Ava – whose real name is Simone Johnson – also shrugged off the idea she has been ‘brainwashed’ by the group, insisting she simply sees the potential in Schism being ‘so much more as a whole, than just me as an individual’.

The fiery promo has delighted fans, while the official WWE on BT Sport Twitter account posted a tweeted wondering what The Rock would think of his daughter joining the on-screen cult. 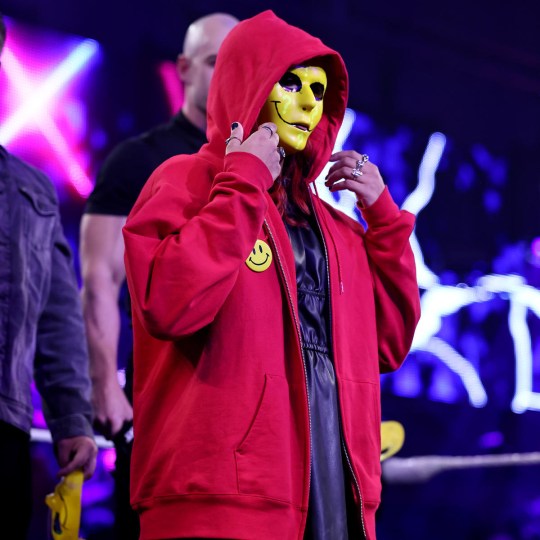 Ava was recently unmasked as the newest member of Schism (Picture: WWE) 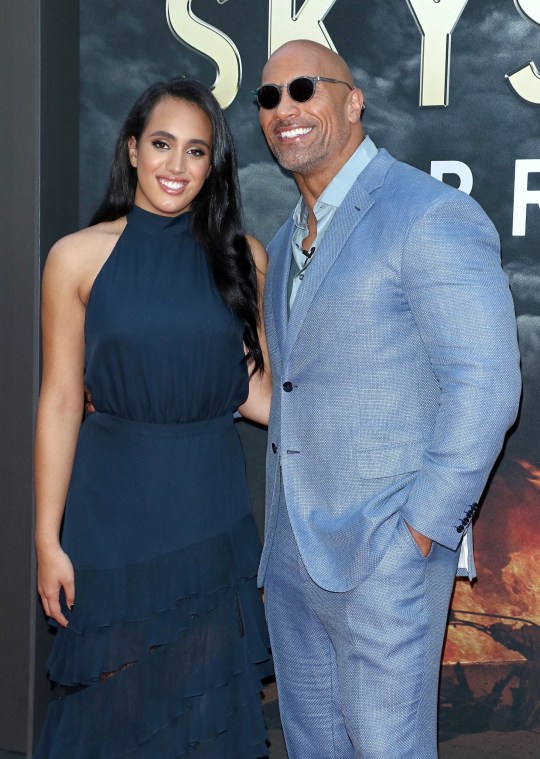 The Rock wasn’t directly named by anyone on air, and he has said on a number of occasions that his daughter is looking to forge her own path after recently making history by officially becoming the first fourth generation wrestler in the company’s history.

‘She doesn’t come to me looking for a lot which I respect that. And I’m here watching and supporting.’

WWE NXT airs Tuesday nights at 1am on BT Sport 1.