ASHLEY Banjo has blasted the trolls who claimed Dancing on Ice is “overwhelming the NHS”. 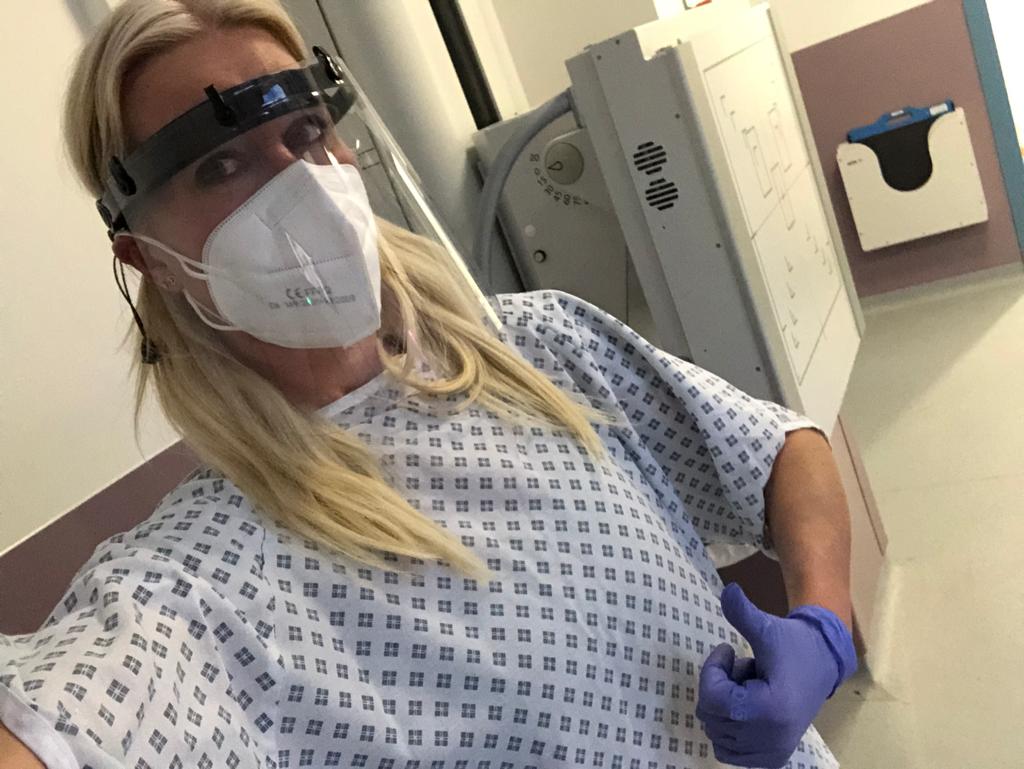 Despite praising medics for their kind care, some were abused for adding to an already stretched NHS during a pandemic.

Furious judge Ashley told those making the complaints: “It annoys me when people start calling people out. Just look at your own life for a second.

“Let everyone be. Just be sensible and let’s get through this in the best way we can.

“Every time someone puts themselves on the line they’re actually going out there to entertain people on a Sunday night. 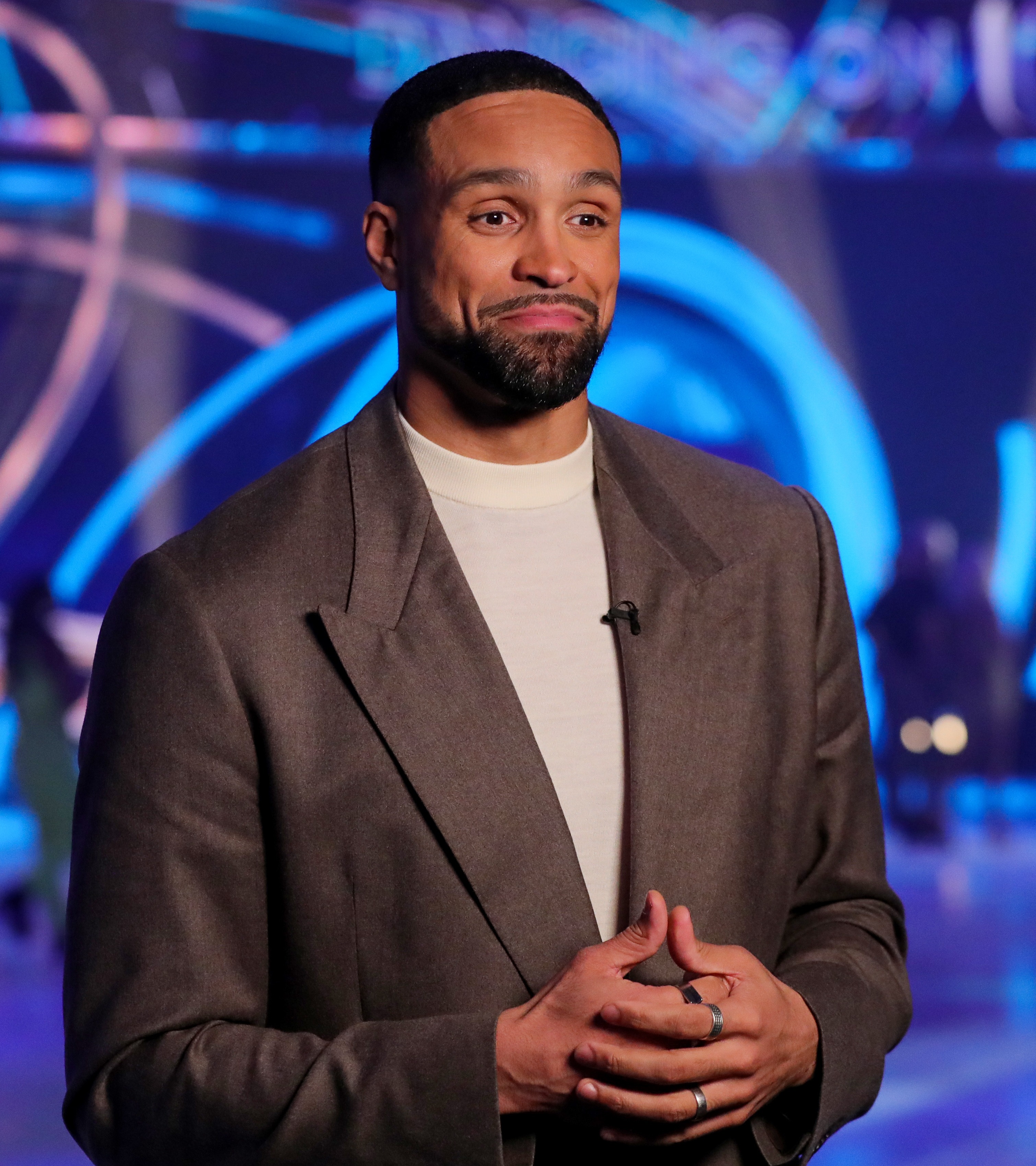 “They are going out to earn a living and put bread on the table for their families and pay their mortgage.

“I don’t think people should be so quick to judge what people are doing and whether it’s worth it or not.

“They are going out there entertaining people and hopefully help people to escape the rubbish that’s going on in the world and if that means there’s a nurse who has to look at someone’s bruised shoulder for half an hour then just be real for a moment.”

He added: “What people have to remember is that it isn’t just covid and the pandemic that affects you. 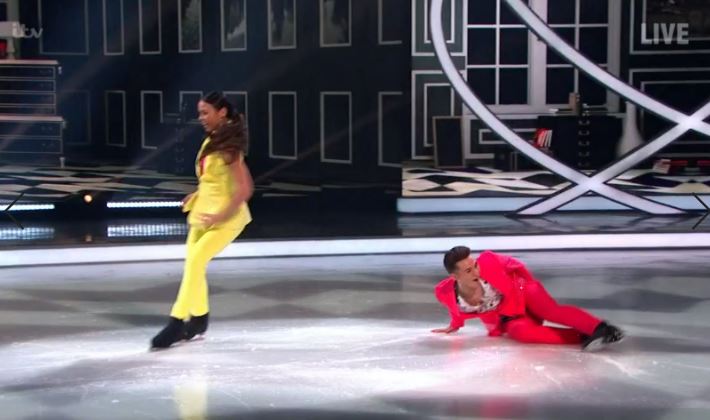 “Right now the country is going to suffer with its mental health and economically. My kids are nearly two and they haven’t even been in a big play group. There are a lot of things on the table now.”

His fellow judge John Barrowman explained Dancing on Ice has its own medics who decide if the injuries are bad enough to go to hospital.

“There’s no special treatment, they’re in line with everybody else. 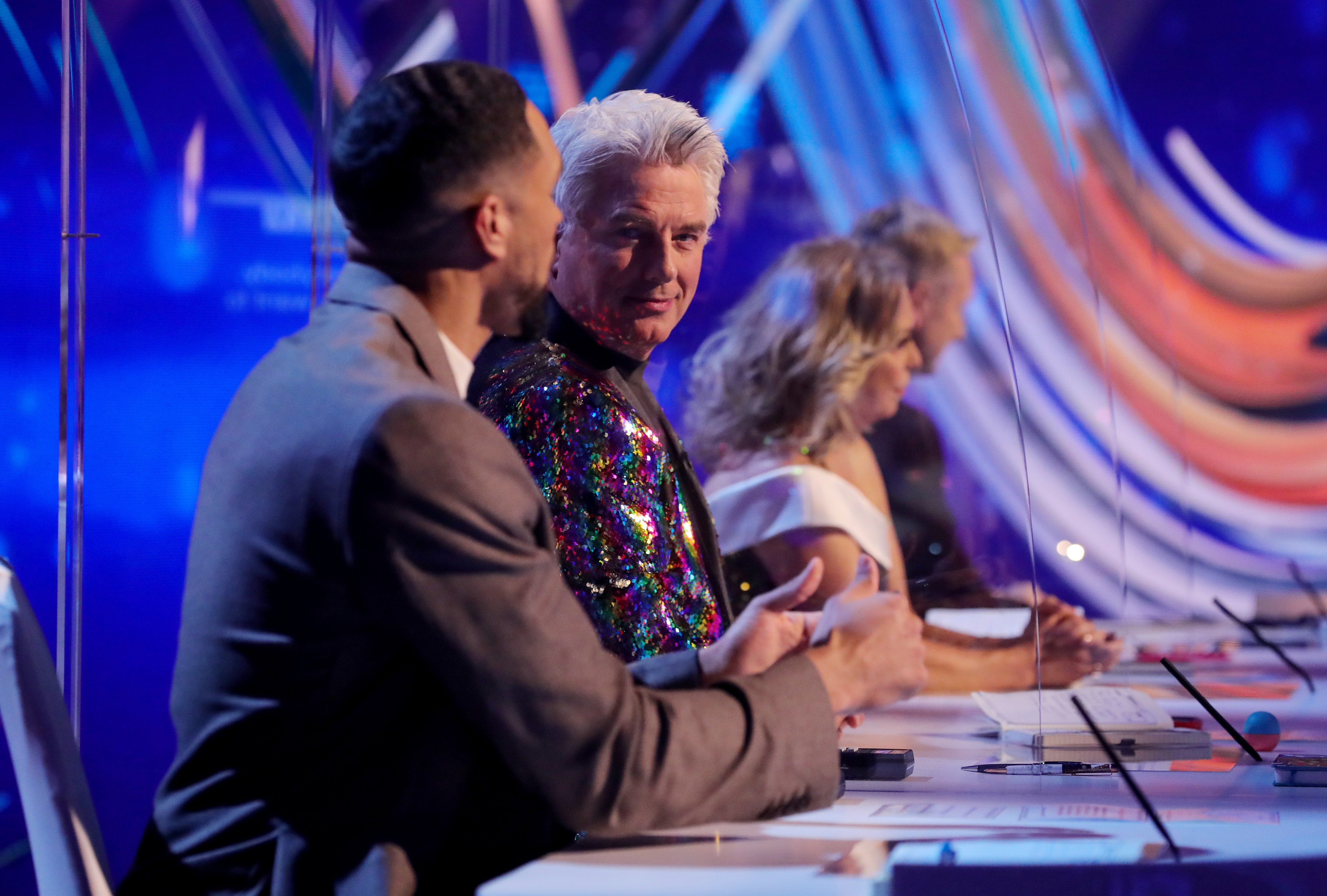 “There are always going to be people who criticise it, but you have to look after people’s health. They would be criticising if we left them lying on the ice for six hours.

“We’re trying to do our best in a situation we have been given and also respecting the time and work that everybody in the NHS is putting in.

“The NHS is the most important thing in our world at the moment and the frontline workers who are taking care of our sick and infected.”

In Sunday’s premiere episode, viewers saw how multiple competitors – both celebrity and professional skaters – were rushed to A&E after suffering horrific injuries in rehearsals. 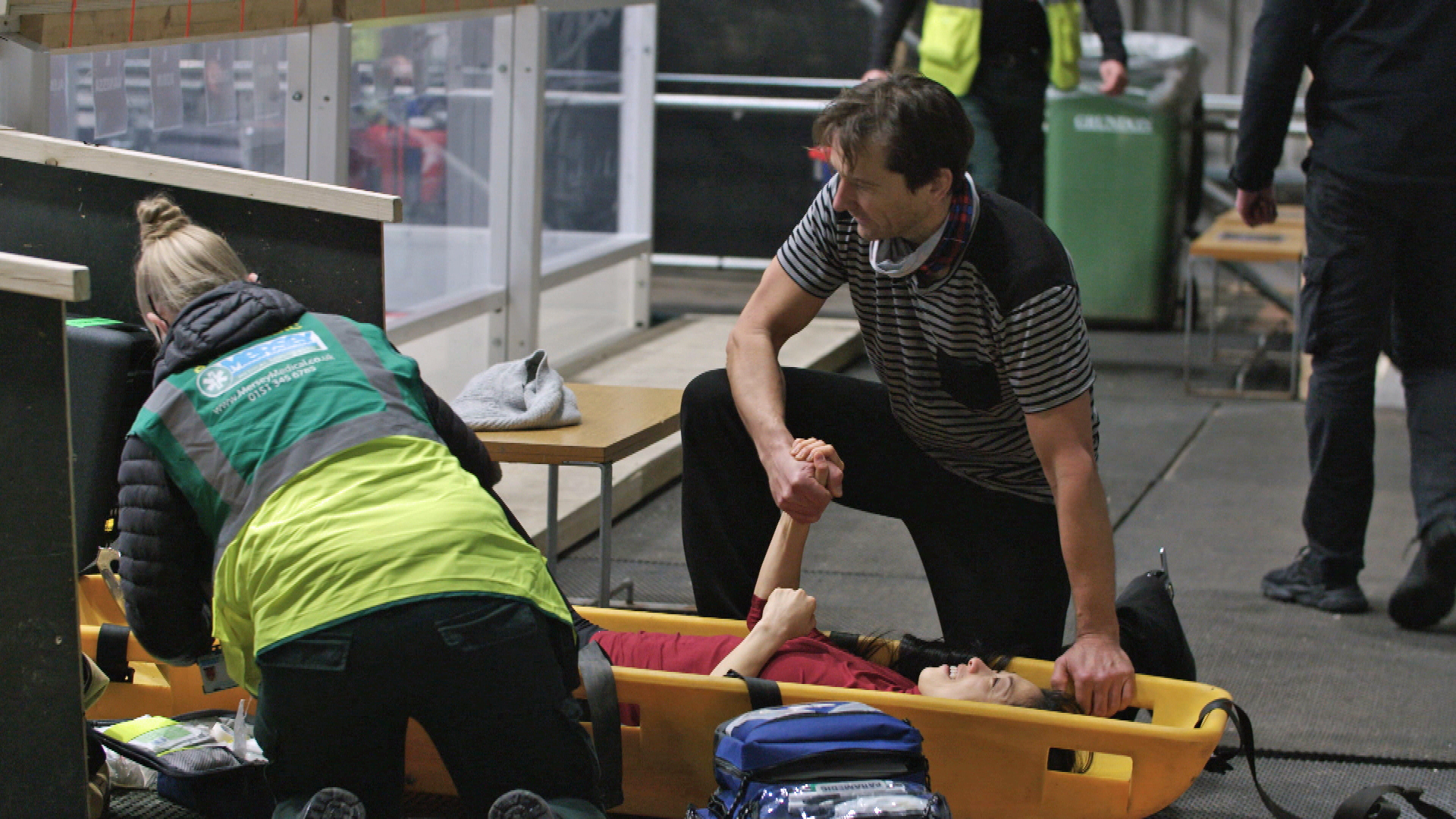 Graham Bell watched over his pro partner Yebin after he cut her legCredit: PA:Press Association 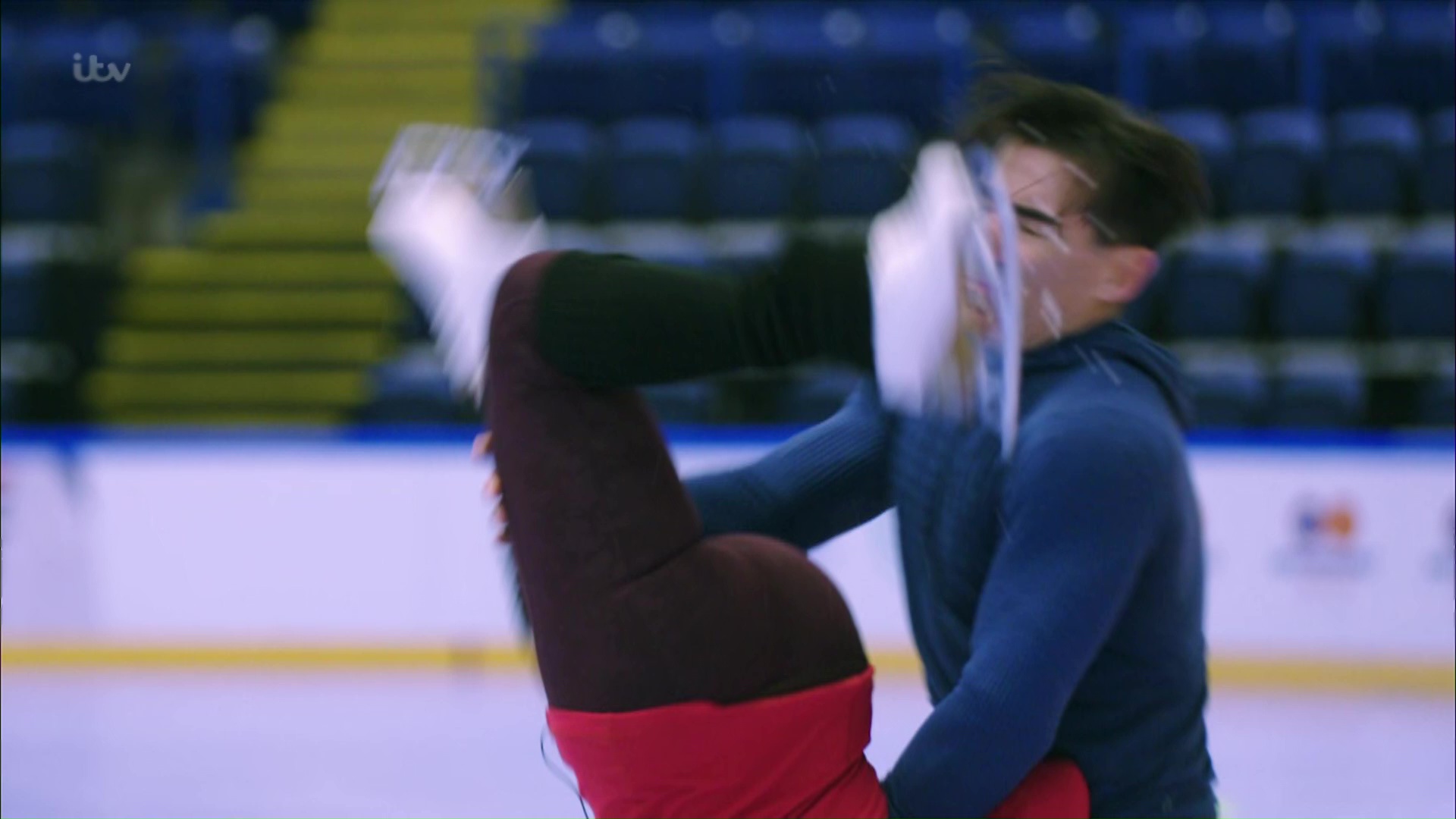 Early in the show former Olympic skier Graham Bell, admitted he feels “so guilty” after partner Yebin, 36, “lost a chunk of her leg” when he fell over and cut her.

John added: “It’s a dangerous sport. You’re on the ice on blades. If something happens and they flip over and kick you with the blade you’re going to get cut. 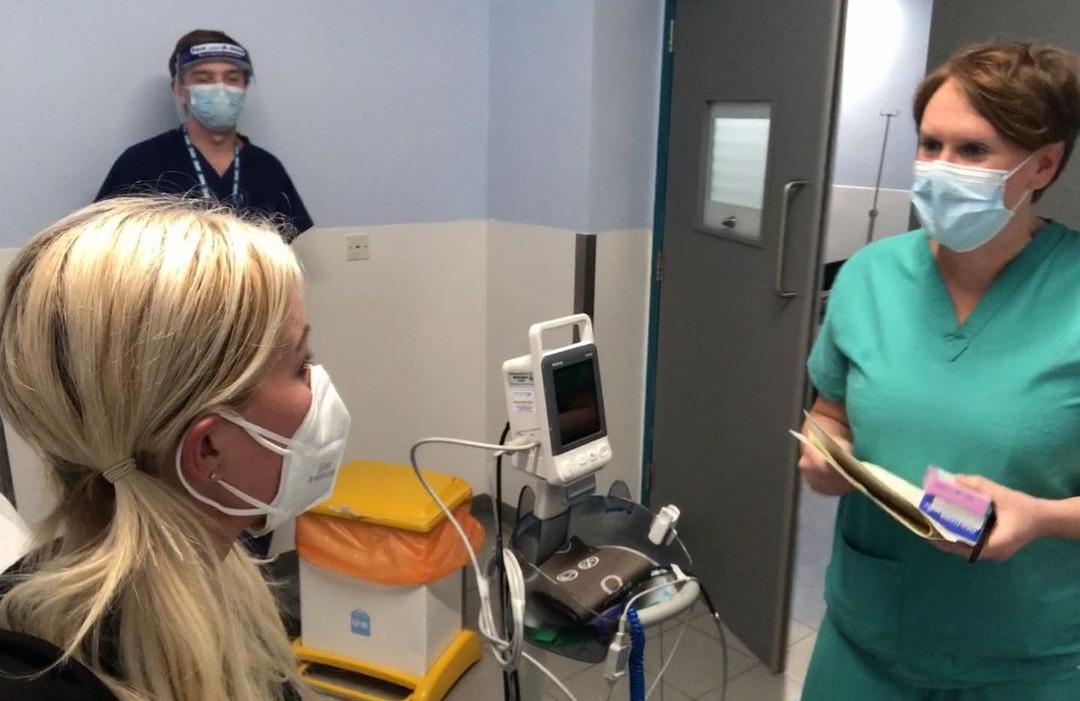 Denise was rushed to A&E to rule out a breakCredit: Instagram

“There is that element of risk, but that’s why the excitement is there to watch it. In the back of your mind you’re thinking, will they fall?

“I don’t know if it’s bloodier than any other season they’ve had but there have always been injuries and blood on the ice. It comes with the territory.”

Ashley added: “Words are just words when we say Dancing on Ice is dangerous and tough.

Dancing On Ice viewers were enraged the show would put any extra burden on the NHS during the coronavirus pandemic, calling it “irresponsible”. 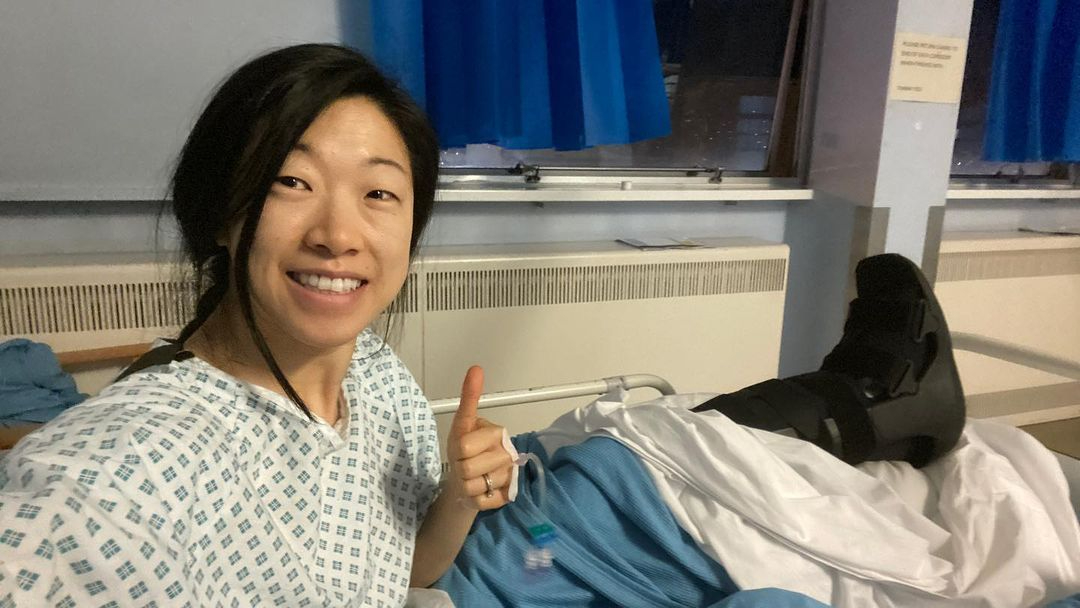 Yebin posted from her hospital bed after a chunk of her shin was sliced openCredit: instagram.com/yebinmok

Another added: “it’s a bit strange that they all keep going to casualty. A bit inconsiderate to the NHS at this time, surely.”

And a third said: “Just watched first episode of Dancing On Ice. Two people had to go to A and E because of skating accidents. Our NHS is pushed to capacity at the moment. Surely skating isn’t essential just now !!”