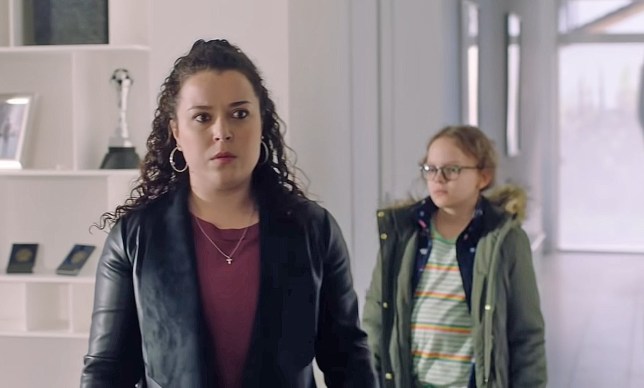 Tracy Beaker and I have a complicated relationship.

When I told my friends growing up that I was in foster care, I’d often be compared to the fictional character.

At first, I didn’t understand the comparison. Tracy was a pre-teen living in a children’s home, while I was living in a foster placement and revising for secondary school exams.

But it was easier to shrug off my care experience as ‘like Tracy Beaker’ than to explain the complexities of the system to my peers.

When a TV adaptation of Jacqueline Wilson’s 2018 book My Mum Tracy Beaker was announced in August last year, many care advocates were concerned whether the new episodes would reaffirm the stereotypes we had been trying to shake since the last time the titular character graced our screens.

The original series is often cited as inadvertently paving the way for negative stereotypes and labels to be attached to children in care.

I have a number of friends whose parents didn’t let them watch Tracy Beaker as children because ‘she wasn’t a very nice girl’. As the only real-life care experienced person some of these parents knew, I would wonder what they thought of me.

For most of my peers, growing up in the UK meant that possibly their only exposure to the care system was its depiction in the Jacqueline Wilson book, and later CBBC show.

However, just because there may not be any harm meant by the comparison of Tracy Beaker and young people in care, it doesn’t mean it has not had a negative effect on the care community.

In England, there are currently around 80,000 young people in care.

However, unlike the show, almost 80% of these children live in foster placements, as opposed to places like ‘The Dumping Ground’.

The Dumping Ground was the children’s home, nicknamed such by the young people in the Tracy Beaker series who lived there.

The depiction of the home was often seen as idealistic, even fun.

I’ve seen a whole host of comments on social media from people who watched the series as children and wished they could live in a foster home too. These comments come from a place of privilege and can be jarring to read for those who did grow up in foster homes.

I’m sure others from my community will attest to my experience; care is not fun, and definitely not like the Dumping Ground.

In the original series – as I was in secondary school – Tracy’s portrayal upset me. Her infamous catchphrase ‘Bog Off’, meant her character was often associated with anger and bad behaviour.

However, having rewatched the movie and original series, I found myself relating more and more to her, realising her character was misunderstood.

Whenever Tracy got really angry in the series, there was usually embedded trauma behind her actions. It was actually the adults who overreacted to her emotions.

As this was a children’s show, I don’t think this was particularly addressed, and I can only understand it now, viewing the show as a care experienced adult.

But still, when My Mum Tracy Beaker, the book was announced, it gained negative attention from the care community and many felt like their lived experience wasn’t being truthfully reflected. 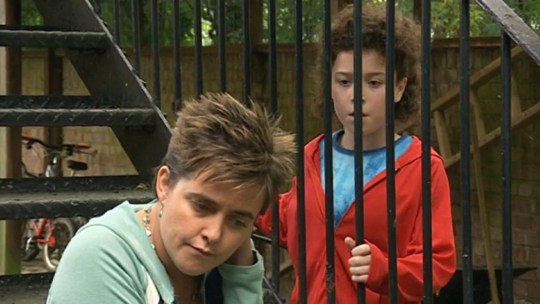 In the book, Tracy is a single mum living on a council estate. The care community was left asking, is this what is expected of us? Is this the only way our future can look?

Jacqueline Wilson isn’t care experienced herself, which makes this stereotyping even more uncomfortable.

However, in the sequel We Are the Beaker Girls, published in 2019, Wilson worked with members of the Who Cares? Scotland Media Club to ensure the story was a fair and accurate portrayal of care experienced characters.

In addition, Wilson dedicated We Are the Beaker Girls to the care experienced people involved in the media club, and their names appear at the beginning of the book.

Hearing the same charity was leading discussions with the creators of the TV adaption of My Mum Tracy Beaker was reassuring, but I wanted more.

I wanted opportunities for care experienced people across the country to have their say on the marketing and promotion of the new series. I still hope this can happen.

This may sound a lot, but only a tiny proportion of shows on British television feature a care experienced main character.

If our community is going to keep getting compared to the *one* character we have representing us in the mainstream, we should be instrumental in their portrayal.

Despite the programme running on CBBC, many care experienced adults will be tuning in this weekend to watch My Mum Tracy Beaker.

Whether for curiosity, pure entertainment, or cautious optimism, our community is interested to see what role our input has had on the portrayal of care, and care experienced characters, in this next Tracy Beaker story.

BAFTA-nominated writer Emma Reeves who adapted My Mum Tracy Beaker tweeted ahead of the show’s release thanking ‘all the Care Experienced people who gave us their thoughtful feedback on the scripts. Anything I still got wrong is on me.’

Meanwhile Dani Harmer, the actress who has played Tracy Beaker since her first appearance on screens in 2002 promised via Twitter last year, ‘I will do everything in my power that Tracy will not come out of this series as another negative stereotype!’

I am looking forward to watching My Mum Tracy Beaker when it airs. But I am also looking forward to the day where I don’t have to give a show a second chance just because it’s the only time I get to see a representation of my community in the mainstream.