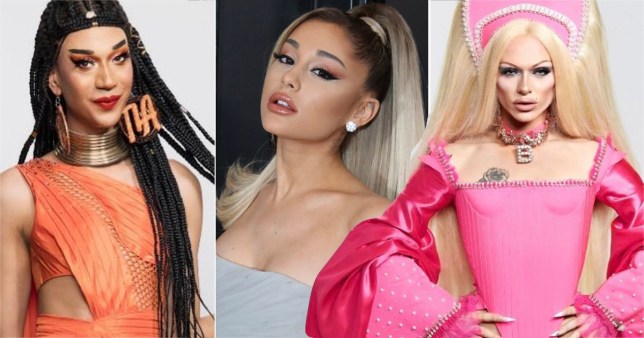 Ariana Grande is clearly as addicted to RuPaul’s Drag Race UK as the rest of us, with the Rain On Me hitmaker following Tia Kofi and Bimini Bon Boulash on Instagram.

We knew she was a woman of taste, but this just proves it.

A fan of Tia’s noticed the connection, tweeting: ‘ARIANA GRANDE FOLLOWS YOU ON INSTAGRAM,’ with the queen responding: ‘OMG. SHE ACTUALLY DOES.’

Both queens shot to fame on the second series of Drag Race UK, winning plenty of fans along the way.

While Tia was eliminated in the sixth week of the competition, Bimini made it all the way to the final, narrowly missing out on the crown as Scottish icon Lawrence Chaney was named the newest Drag Race superstar.

However, they’ve both thrived after the series has ended, with Tia recently dropping her debut single (a complete bop if you ask us).

After their incredible impersonation of Katie Price, which was clearly one for the Drag Race herstory books, the My Crazy Life star was left delighted.

In fact, Katie was so thrilled by the impression that the pair are said to be working together, with a source telling Metro.co.uk: ‘Katie did a reaction piece to Bimini’s impersonation of her on her YouTube.

‘A collaboration between these two is certainly on the cards. Watch this space.’ 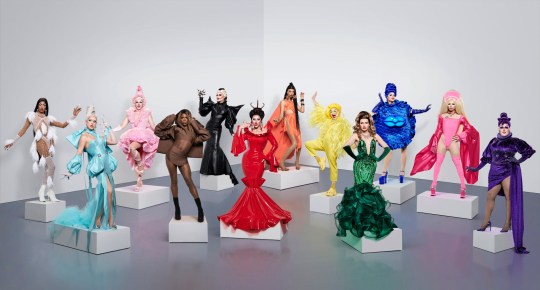 Tia and Bimini shot to fame on the second series of Drag Race UK (Picture: BBC/World of Wonder/Ray Burmiston)

The 27-year-old also explained that they were ‘blown away’ when Kathy Burke slid into their DMs, explaining to Metro.co.uk and other press: ‘Kathy Burke, she’s the one for me that was like… it blew me away.

‘And then she changed her Twitter name to Kathy Bimini Bon Burkey, which is iconic.’

Bimini added that model Cara Delevingne has also been in touch, and so they’ve ‘followed her back’ in response.

Elsewhere, the Mayor of London Sadiq Khan couldn’t resist congratulating Bimini after the series ended, writing on Twitter: ‘Here in London you can be who you want to be, and love who you want to love.

‘Condragulations to London’s finest [Bimini] for a great [Drag Race]- you will always be our winner.’

RuPaul’s Drag Race UK is available for catch up on BBC iPlayer (UK) and WOW Presents Plus (rest of world).