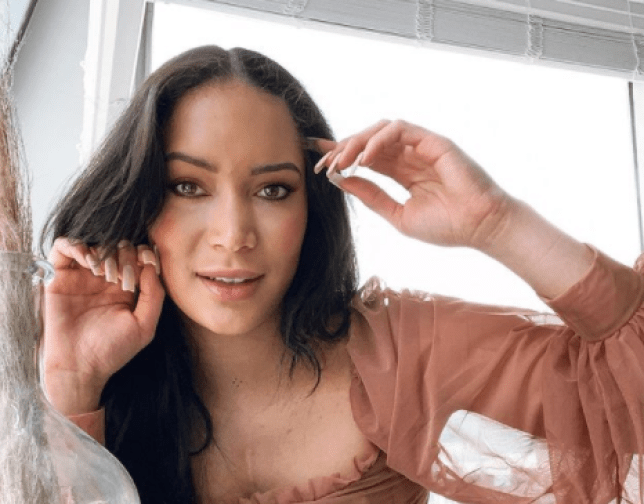 Gianna Hammer from Are You The One? season 5 has spoken out with her allegations (Picture: Instagram)

Filming on MTV’s Are You The One? season 9 has been paused after a former contestant claimed producers drugged her and covered up a sexual assault.

Gianna Hammer, who appeared in the reality show’s fifth series in 2016, has alleged that she was given an extra dose of her prescription medicine after an argument with another cast member during a boozy party.

She had made it clear that her medicine should not be mixed with alcohol.

Gianna claimed that she then blacked out, however a fellow cast member told her they had to pull her out of a bed she was in with a male contestant because they could hear her saying ‘no’.

She added that the male was then allowed to remain on the series after the incident.

Responding to the allegations, a spokesperson for MTV said:  ‘We take these issues very seriously and have paused production/casting to conduct an independent investigation into the allegations, the third party production company and further review our internal safety protocols.’

The production company, Lighthearted Entertainment, said it welcomes an investigation and ‘will cooperate with full transparency.’

‘We are confident that any review will confirm the safety procotols [sic] that we have long had in place on the sets of Are You The One?,’ the statement said.

‘We deny the allegations made by the former contestant; throughout the eight seasons of the show, no contestant has reported an incident of sexual assault to Lighthearted.’

Gianna has mixed feelings about the male contestant, which she has refused to name, and who she says was also very drunk.

‘I do have anger for him, but I guess I just won’t ever feel like he had a malicious intention.

‘I don’t think this was something he planned to do.’

The fifth season of Are You The One? has now been pulled from streaming services over Gianna’s claims.