Antiques Roadshow expert Will Farmer was almost brought to tears as he remembered his later mother with Fiona Bruce in the latest episode.

In emotional scenes, Will had brought a series of treasures that had belonged to his family.

The ceramics and glass expert had chosen to bring in some glasswear, as well as a distinct piece of artwork.

Later discussing how his mum came to own the painting, he explained: ‘There we have a painting I think is just wonderful. This belonged to mum, I remember her buying it, I was only 14 or 15 at the time I think, we were in Newark at the big antique fair there.

‘And we went up and down the aisle so many times and she laboured and laboured whether she should buy it and at the time it was £400 and we’re talking mid to late 80s and I just remember her saying, “Oh Leslie, just do it.”’

He continued: ‘And she brought it and it hung by her bed from there on in.

‘She taught me in this whole thing there’ll always be another way to earn money, but if you love it and it stirs something in your soul and you enjoy it, then go for it.’ 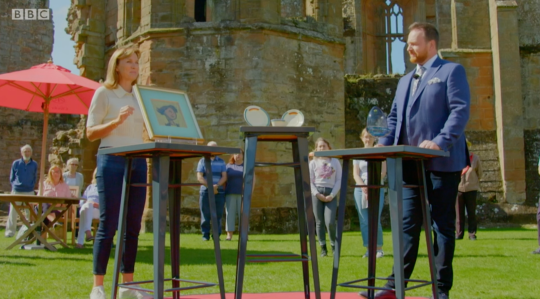 Will brought in some treasures that had belonged to his family (Picture: BBC) 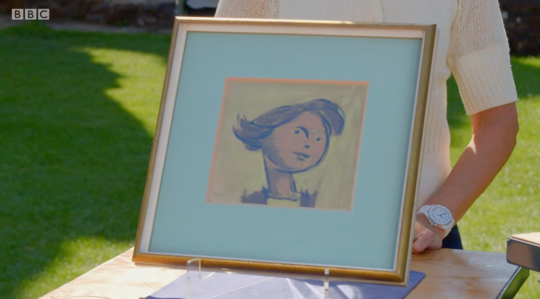 Will recalled his mother buying the painting during his teenage years (Picture: BBC)

Fiona had to guess which out of the items was Will’s ‘desert island piece’, and she suggested the painting due to how close he was with his mother.

‘I’m thinking you loved your mum more, because I met your mum, I was lucky enough to meet her, and I know how much she meant to you, so I think it’s this,’ she said, as she held the painting with her hands.

Will then replied: ‘You’ve just completely sealed everything about our friendship.’ 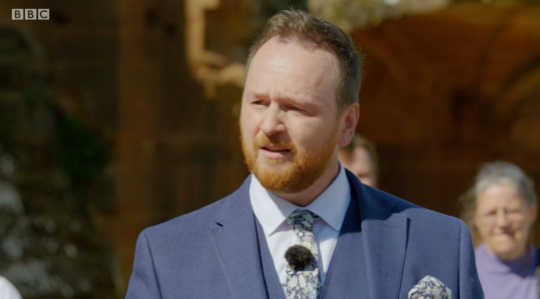 Will was overcome with emotion as he remembered his mother with Fiona (Picture: BBC) 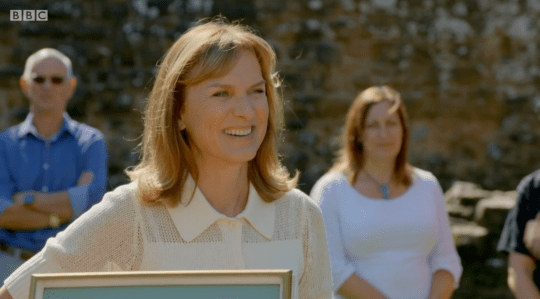 He then became overcome with emotion as memories of his late mother came rushing back to him.

‘I always said if I had 10 per cent of her eye and her knowledge and her love for this… I’d be good,’ he said.

Fiona then replied: ‘Well, she would be so thrilled and proud to hear you talk about her. She loved this programme and she watched it and she was proud of you.’

‘That will go with me to the end of my days,’ Will agreed. 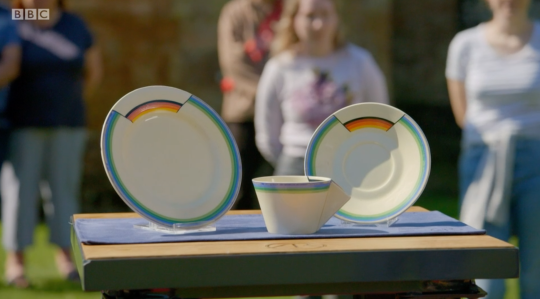 Will also brought with him a Clarice Cliff conical cup, saucer and sideplate (Picture: BBC) 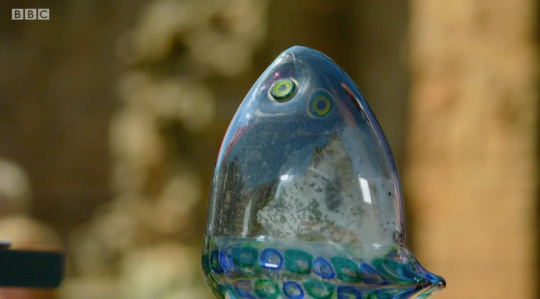 The final item was a Vistosi bird (Picture: BBC)

The other items Will showcased were a Clarice Cliff conical cup, saucer and sideplate, and while he realised they were not ‘the rarest things in the world’, he credited them for helping him ‘mark the start of his career’.

‘I brought that when I was 12-years-old,’ he said. ‘For £15 of hard earned pocket money. That is something that will always be the touchstone, the foundation of who I grew on to be.’

He later showed off a Vistosi bird, which had been designed by architect Alessandro Pianon.

Antiques Roadshow continues this Sunday at 7pm on BBC One.