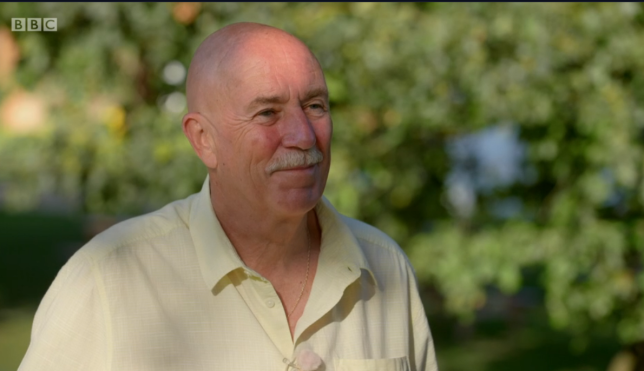 One Antiques Roadshow guest was surprised to hear the real value of an Art Deco cigarette box that had been thrown out (Picture: BBC)

An Antiques Roadshow contestant was stunned to learn that a cigarette box which had been thrown away was worth thousands of pounds.

On Sunday night’s show, expert Gordon Foster was presented with a cigarette box that the guest’s father-in-law had found discarded decades ago.

The guest revealed that the box was simply kept in his house as a ‘puzzle’ for their friends and family as they challenge them to work out how it opens.

The original owners must have thought nothing of it, but it turned out to be from the Art Deco period and made of solid silver and enamel.

Gordon also revealed the genuine hallmark inside the box, which had been designed to look like a safe, and praised it as ‘so desirable’.

The guest shared: ‘My father-in-law was a plasterer, and 40 or 50 years ago he was renovating an old house and found it had been thrown away. He thought it was interesting and picked it up.’ 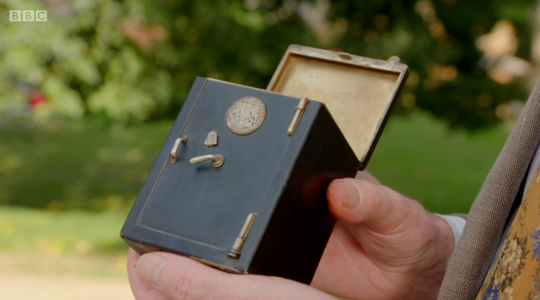 The box was in the shape of a safe (Picture: BBC) 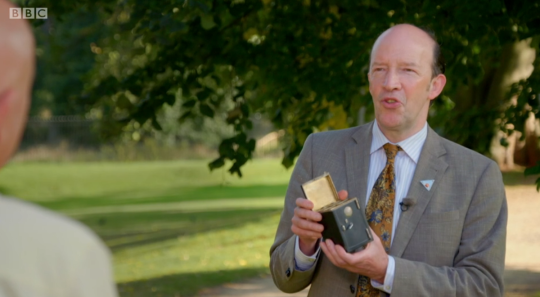 Examining it, Gordon explained: ‘It has a very famous maker’s name, Dunhill of London, hallmarked for 1931, so bang in the Art Deco period.

‘This was a time of great exuberance and glamour. it’s made from solid silver and enamel, it’s black enamel which has been left unpolished and I think that’s been done to look like a fire resistant safe of the period.’

He went on: ‘Smoking is now out of fashion but in the 30s it was really de rigueur. It was a time of cocktails and good fun and it was a real fun piece.’

Going on to the valuation Gordon delivered the surprise total.

‘If you’ve never seen one before you know it’s a good one.’ Gordon added.

Antiques Roadshow airs Sundays from 8pm on BBC One.