ANT and Dec’s Saturday Night Takeaway viewers branded Davina McCall’s fitness-themed Get Out of Me Ear the “funniest ever”.

The Geordie duo invented a fake fitness app for the mega-sporty presenter and recruited members of the public to be a part of the video. 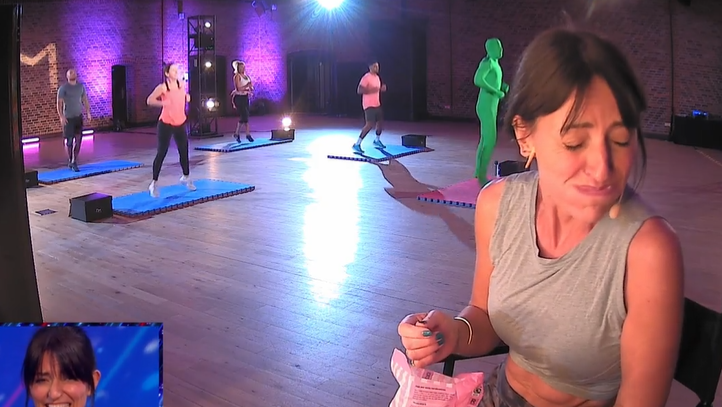 Viewers cracked up at Davina on Saturday Night Takeaway

However, Davina revealed she has only now decided to take part in the segment – which sees Ant and Dec give a celebrity instructions to do via an earpiece – because she’s “meaner”.

She told them: “I think I’ve just become a meaner person as I’ve got older. You know, you have to lean into it. I just didn’t want to do it until I knew that I could give you everything I had.”

During the clip, Davina agreed to do whatever Ant and Dec wanted.

She said: “I always know what to do and I don’t know what I’m doing.” 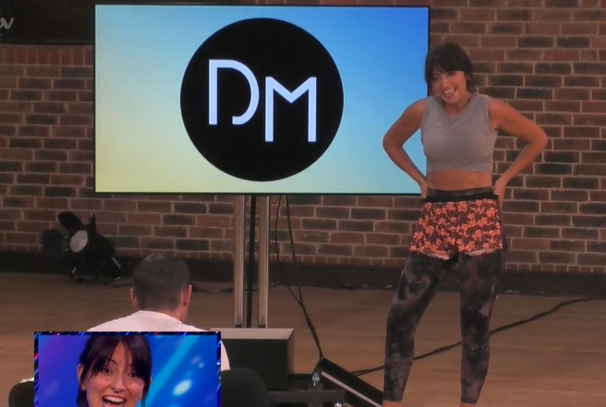 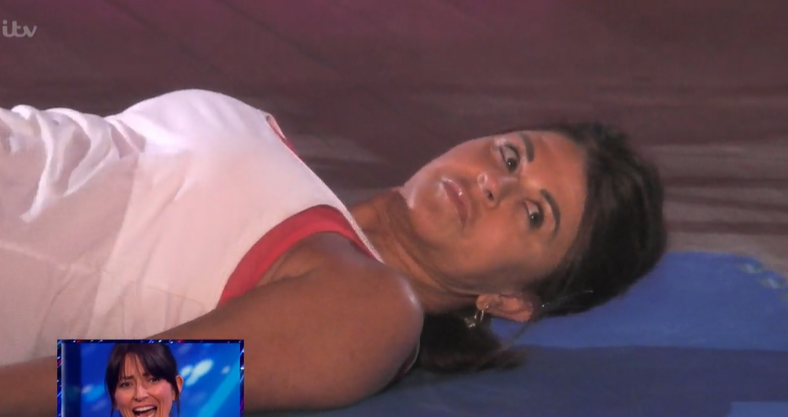 The members of the public were not amused

Her first task was to ask the gathered members of the public to give her a round of applause, before singing “Don’t Cry For Me I’m Davina”.

After roasting the budding fitness participants, she then went blind into a presentation.

There was then an acronym that split out the words for the word Davina.

Each letter was: “D-Don’t be scared”, “A- Always be exercising”, “V – vino with every meal”, before she was cut off by the disbelieving public. 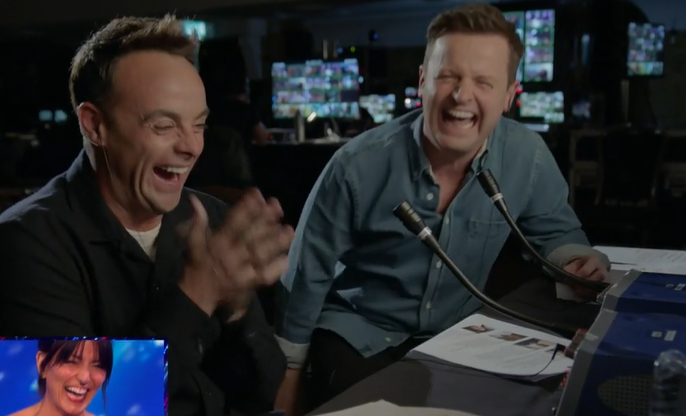 They then dove into the fitness DVD, which involved awkward mouth exercises and replacing herself with a body double.

The members of the public were left red-faced when she guided them through a fake yoga session.

However, the segment went down very well with Saturday Night Takeaway fans – who praised it as the “funniest ever”.

One person said: “I love @ThisisDavina so much! That was the funniest thing I’ve seen for a while!”

Another added: “That was the funniest I’m a celebrity get out of my ear! @ThisisDavina Well done x”

A third remarked: “Davina Mcall get out of my ear is immense like, she’s top quality crack and I’d defo take her to the Stirling like what a babe. Absolutely creased”