Ant and Dec’s Saturday Night Takeaway fans were left in stitches as Sir Mo Farah took on one of the most awkward hidden earpiece challenges yet.

The Olympian and I’m A Celebrity star was the greatest sport as he took part in ‘Get Out Of Me Ear’, interviewing various potential babysitters.

However, they weren’t exactly the most standard of interviews, with Sir Mo having to convince one of them to ‘drink his sweat’ (thankfully not his actual sweat), and encourage one of them to chase him around the house.

One part saw him walk in on his ‘Nana’ in the bath, inviting the interviewee for a chat, while another saw the Geordie duo egging him on to plunge into a freezing ice bath with his clothes on.

Poor Sir Mo struggled to keep a straight face throughout, but fans were left dubbing him a ‘national treasure’ for his brilliant efforts.

‘Mo Farah is officially a national treasure,’ one said, while another added: ‘Mo Farah is a flipping great sport isn’t he?! Knight, Olympic legend, but just plays along with Ant and Dec. Love him.’

‘What a fantastic sport,’ one more pointed out, while another viewer said: ‘That was brilliant, got to love Mo Farah!’

Sir Mo, 38, had fans giggling at his awkward experience, but previous guests have also held their own, with Davina McCall previously having to brand the nation’s sweetheart, Joe Wicks, a ‘big fat fake’ in her episode. 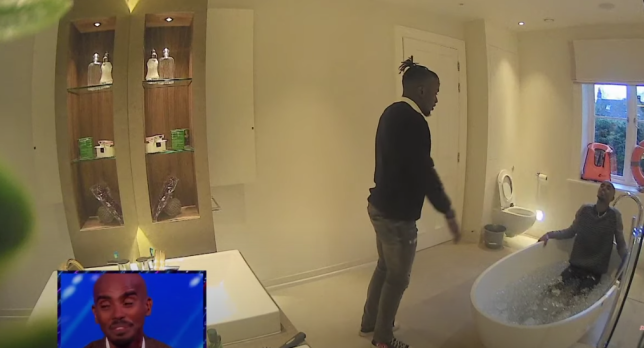 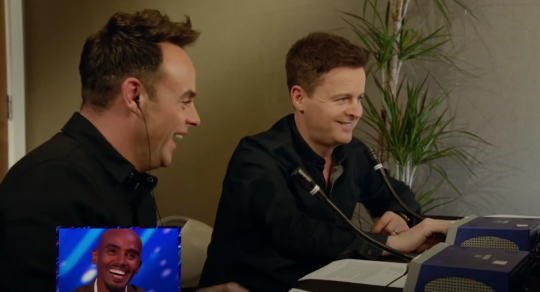 Ant and Dec egged him on (Picture: ITV)

Meanwhile, in this week’s episode, Ant and Dec brushed off previous Ofcom complaints, and dived straight back in with jokes about their height.

The episode received 96 complaints with the television watchdog confirming they were about ‘a few different issues including the innuendos used and height jokes.’

However, the pair weren’t discouraged, with Ant this week making a cheeky gag about Dec after comic Mo Gilligan admitted how thrilled he was to be on one of the biggest shows on TV.

‘He’s just happy to be the biggest anything!’ he quipped.

Ant and Dec’s Saturday Night Takeaway is available to watch on catch-up on the ITV Hub.