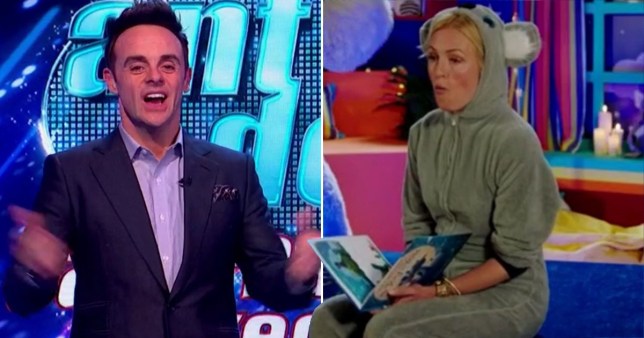 Ant and Dec are up to mischief with their old friend Cat (Picture: ITV)

Ant McPartlin and Declan Donnelly have shared a first look at their highly-anticipated reunion with their SM:TV co-star Cat Deeley on the new series of Ant and Dec’s Saturday Night Takeaway.

Not long ago, Ant and Dec teased the idea of Cat appearing on the show, having co-presented SM:TV with her from the late 1990s.

And now, they’ve confirmed that it’s going to happen, revealing a short clip of her starring in one of their ‘hidden camera adventures’.

On tonight’s show, Ant and Dec treated viewers to a sneak peek at upcoming hidden camera segments that they have in store for this year’s series, including one with Sir Mo Farah and another with Davina McCall.

In Sir Mo’s, the I’m A Celebrity star is somehow convinced by Ant and Dec to get into an ice bath, with the presenting duo bursting into laughter as they feed instructions to him through a hidden earpiece.

Davina’s sees the TV presenter host a fitness session, where she sprays participants with water guns and snacks while her class-goers are working up a sweat. 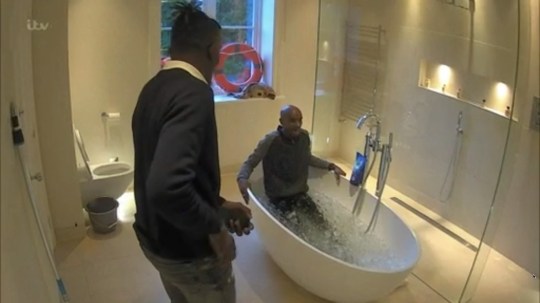 Looking a little chilly over there Mo (Picture: ITV) 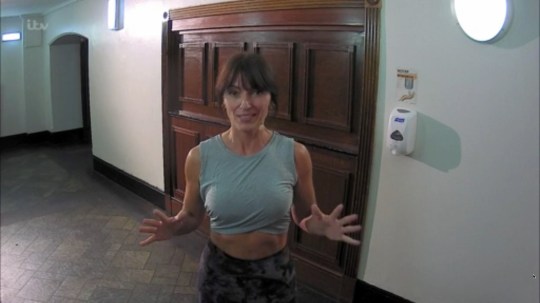 Davina is ready and raring to go (Picture: ITV)

For Cat’s hidden camera segment, it appears she isn’t in on the joke, as she dresses up in an animal onesie to be filmed reading a children’s story.

Ant, dressed in a huge koala bear costume, shouts from the back of the room, causing a startled Cat to look around in shock before sparks of electricity appear to rain down from the ceiling lights.

Dec is also in disguise, but he seems to be pretending to be the director on the production, complete with a fake beard, wig, glasses and a cap. 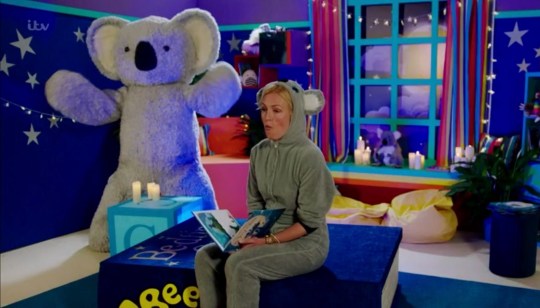 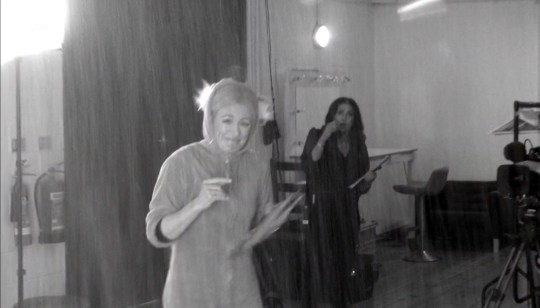 The electricity being on the fritz is the last straw (Picture: ITV)

‘Can’t wait to see the undercover with Cat Deeley!’ one person tweeted.

‘I am so happy to see that sometime this series Ant and Dec are going to be doing an undercover on Cat Deeley. I am so excited,’ another said.

Someone else commented that they ‘love Ant and Dec’s friendship with Cat Deeley’.

‘Oh my God, they’re going to prank Cat??? I can’t wait to watch this’ another fan said.

In December, ITV aired a one-off special called The Story of SM:TV Live, featuring Ant, Dec and Cat reminiscing about their time on the show. 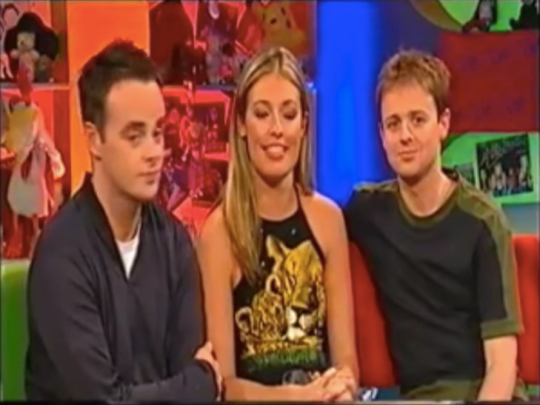 Ant, Dec and Cat in the old days on SM:TV together (Picture: ITV)

While speaking to Digital Spy earlier this month, Dec said that they had been ‘close a couple of times’ to getting back together with Cat for SM:TV.

‘We were going to do something in September to celebrate that, and then Covid happened,’ he said.

‘We’ve been close a couple of times. We’re always talking to Cat [Deeley] anyway. Maybe something will happen at some point.

‘We’re talking about Cat maybe coming on Saturday Night Takeaway, and maybe doing something… this year.’