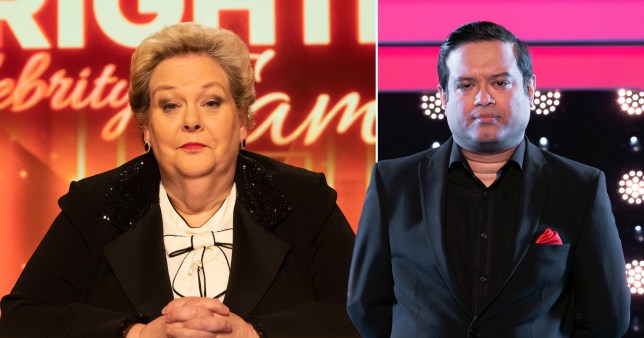 Paul Sinha was absent alongside Anne Hegerty on Beat The Chasers due to illness (Picture: ITV/Rex)

Britain’s Brightest Celebrity Family host Anne Hegerty has provided an update on her The Chase co-star Paul Sinha following his absence from Beat The Chasers, saying that he wanted to return ‘as soon as possible’.

In March this year, it was announced that Paul – otherwise known as The Sinnerman on The Chase – was going to be absent on the new series of spin-off show Beat The Chasers due to illness.

When the show returns for a five-day series in May, the quizzer will be missing from the Chasers line-up again, with Paul explaining on Twitter that he was ‘unwell’ during the week that it was recorded.

During a recent interview with Metro.co.uk and other press, Anne shared how Paul is doing, saying that it ‘didn’t feel quite right’ without him there next to his fellow Chasers.

‘He wasn’t very well. He is a lot better now and is looking forward to getting back,’ The Governess said.

While Paul wanted to ‘get back as soon as possible’, he was unable to as ‘the specialists would just say no, you do need a couple of weeks off’, Anne stated. 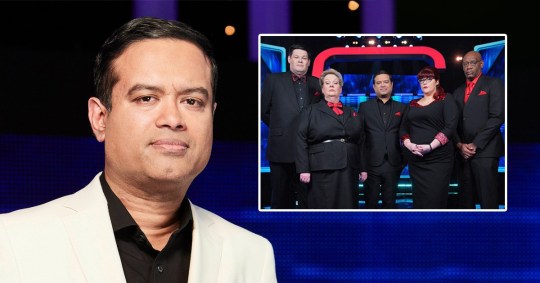 Anne said Paul will be back for future series of Beat The Chasers (Picture: ITV)

‘It didn’t feel quite right without Paul, it doesn’t feel quite right if any of us is missing. But we always intended to film with all six Chasers, and then when one of us suddenly couldn’t, they rebuilt the set and repositioned the lights and we went ahead with just the five of us.

‘It’s a pity but he will be back for future series.’

While further details of Paul’s illness have not been disclosed, in 2019 he confirmed that he had been diagnosed with Parkinson’s disease, stating: ‘I will fight this with every breath I have.’

The NHS explains that ‘Parkinson’s disease is a condition in which parts of the brain become progressively damaged over many years’.

The new series of Beat The Chasers will star Anne along with Mark Labbett, Jenny Ryan, Shaun Wallace and Daragh Ennis, with Bradley Walsh presenting.

Aldi releases key dates for furniture Specialbuys launches in May