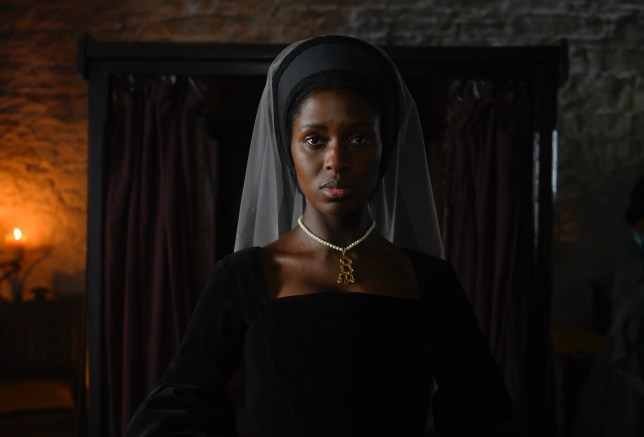 Jodie Turner-Smith has to keep her wits about her in a first look at her new series, Anne Boleyn.

The Queen and Slim actress plays a brand new version of the ill-fated queen, who was beheaded by husband Henry VIII after their marriage turned sour.

In an official first look at the three-part psychological thriller, coming to Channel 5 later this year, the actress is seen wide-eyed with worry as she stares down the barrel of the camera.

The drama will follow the final months of Boleyn’s life, as she tries to establish a future for her daughter as the powers that surround her begin to threaten her life.

As Henry (played by Mark Stanley) finds a love rival in Jane Seymour (Lola Pettricrew), Boleyn’s life slowly slips out of her hands as she tries to fight against the patriarchy she’s married into.

Speaking about her new role, Jodie told British Vogue: ‘I loved the script, and the humanity of the person at the centre of it. 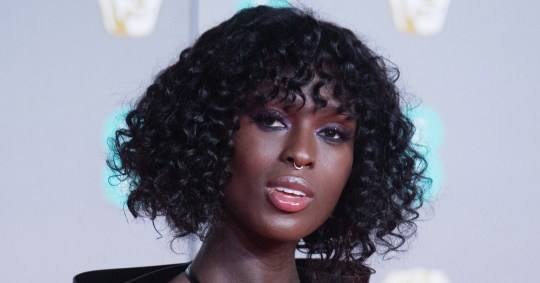 Jodie has said she relates to the role as a mother (Picture: Getty)

‘It resonated with me as a story about motherhood, having just had my own child, and it highlights the many ways in which female bodies were policed and politicised, and still are.

‘In Anne’s case, whether her body worked according to the patriarchy’s demands was literally a matter of survival… There’s so much about her story that feels modern.

‘It’s one I can relate to as a Black woman, and it shows how little has changed in terms of our desire to tear down powerful women, to not let them live in their truth.’

The series has garnered criticism for casting a Black actress to play a White historical role, but the series creators have brushed off the hate and declared Jodie ‘the best person for the job’.

I May Destroy You’s Paapa Essiedu will star alongside her as Anne’s brother, George Boleyn, with Silent Witness’s Amanda Burton portraying a stoic Governess to contend with her.

Wheelchair user, 7, crawled to save his family after deadly gas leak